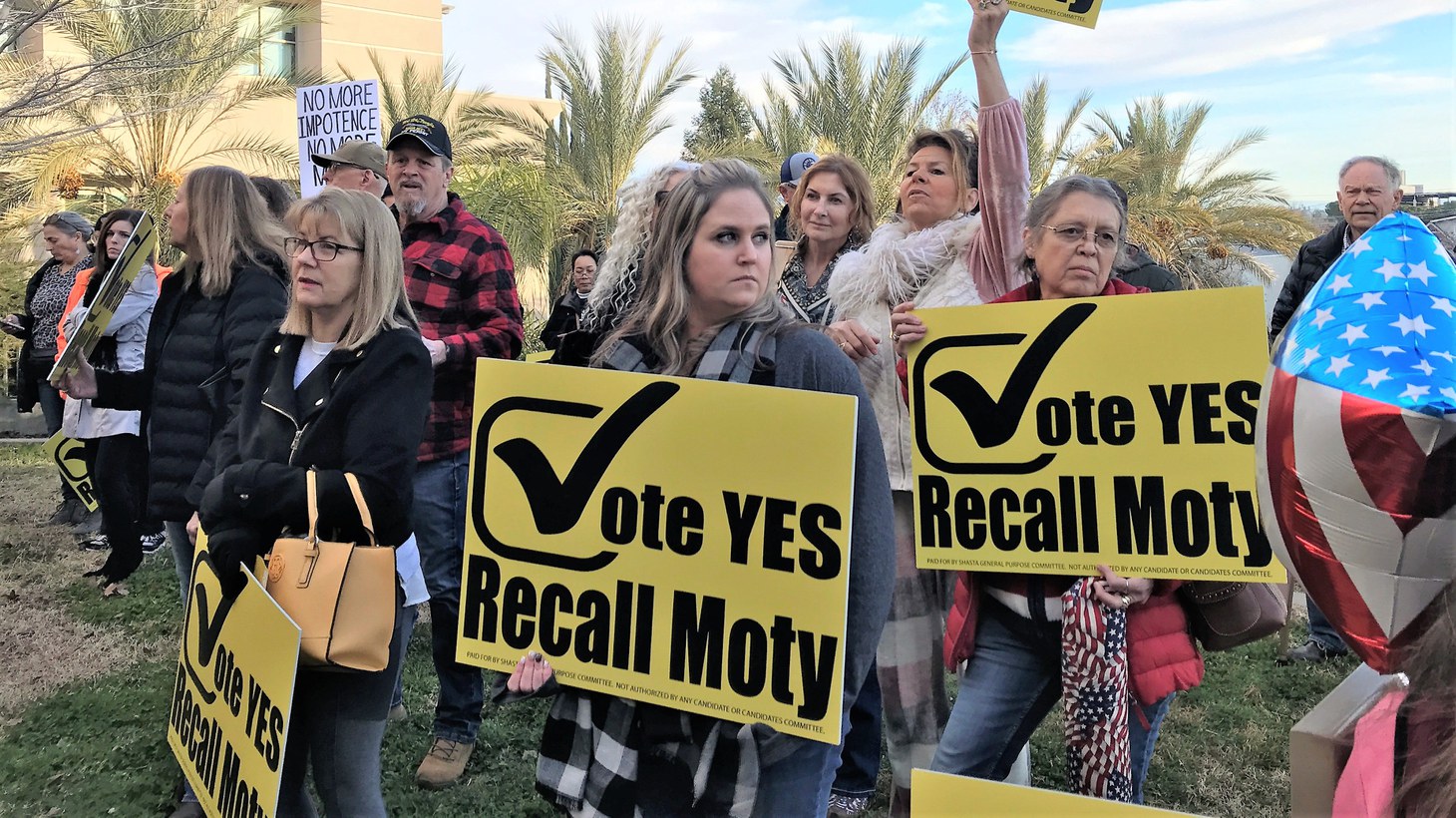 About 100 people stood outside the Shasta County Board of Supervisors chambers on Jan. 18, 2022, as the meeting was held virtually due to COVID-19. Many activists have been trying to oust Supervisor Leonard Moty. Photo by Mike Chapman/Record Searchlight/USA Today Network.

The militia-backed recall election in Shasta County appears to have succeeded. Republican Board Supervisor Leonard Moty has reportedly conceded in the race after election results showed him likely to lose the recall. Moty is also the former police chief of the City of Redding in Shasta County. Extremism experts say this race could give other far-right groups a template for taking over local governments.

Former Miami Dolphins head coach Brian Flores this week filed a class-action lawsuit against the NFL and all 32 of its teams, alleging that their hiring practices...

It appears that Republican Leonard Moty will be recalled from Shasta County’s Board of Supervisors, and be replaced by a militia-backed candidate.

‘Moonfall’ is ‘stupid but almost not stupid enough,’ says critic

Critics review new movie releases: “Moonfall,” “Jackass Forever,” “Alone With You,” and “The Worst Person in the World.”

Give Valentine’s love to LA women chefs at Eszett, Jar, and more

This Valentine’s Day, show your love to women-owned restaurants and food businesses. They’ll reciprocate with delicious treats for you and your partner or pal(s).