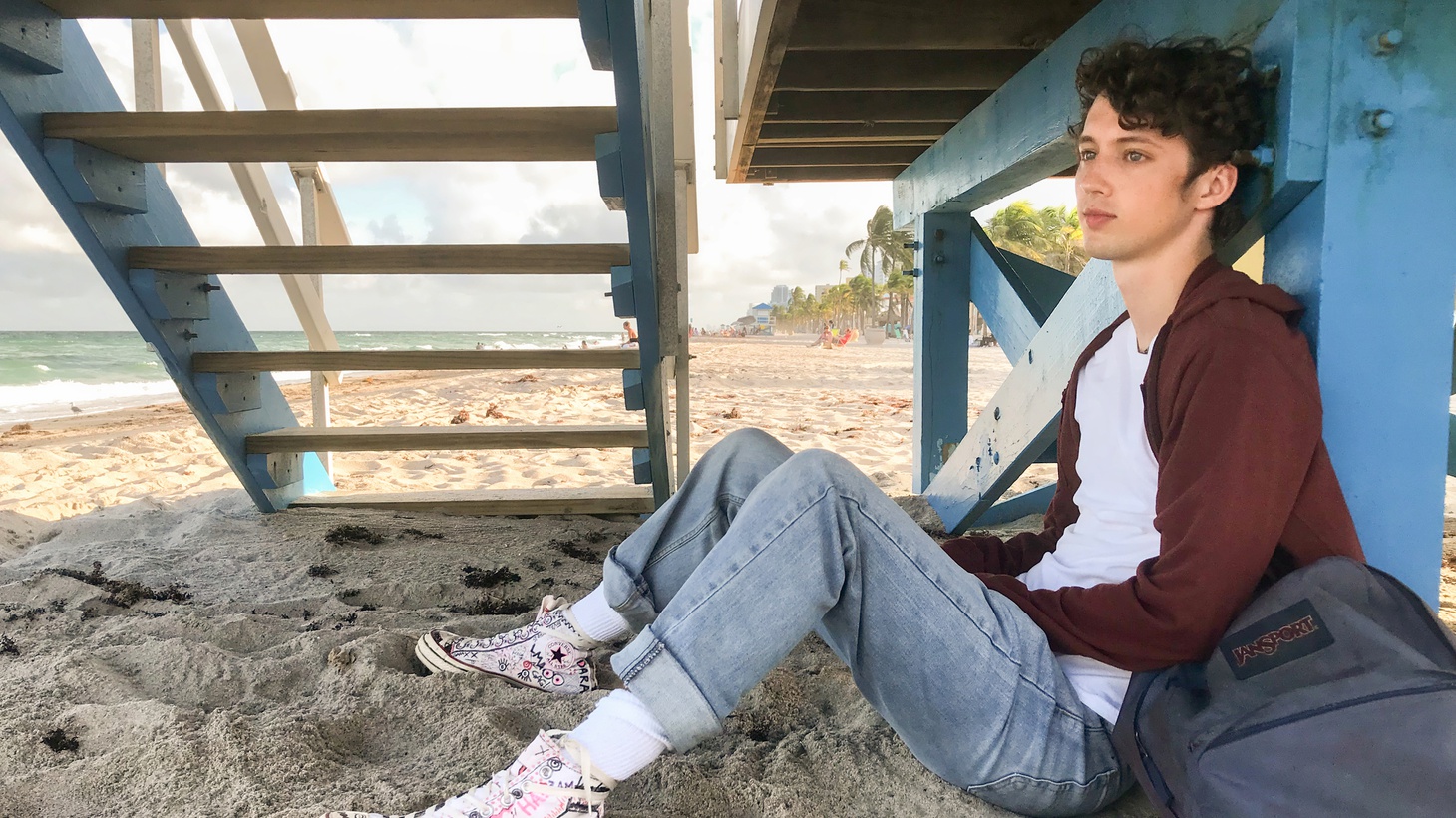 Troye Sivan plays Caleb in “Three Months,” written and directed by Jared Frieder. In the film, Caleb discovers he’s been exposed to HIV right before his high school graduation. “It was a story that I really thought needed to be told because we hadn’t seen it before,” Frieder says. Photo credit: MTV Entertainment Studios.

In the new coming-of-age film “Three Months,” 18-year-old Caleb is gearing up for high school graduation and desperate to leave his hometown of Hollywood, Florida, especially because he just got dumped by his boyfriend. However, he discovers he’s been exposed to HIV and must wait three months for final test results.

The film is set in 2011, when writer/director Jared Frieder came of age. “But it was also when I went through a similar experience where a condom broke, and I had to wait three months to find out whether or not I had HIV. And that was the timespan at that time where you had to wait for antibodies to develop, for it to be detected by HIV tests, which is so interesting because I was like, ‘Are straight people gonna understand time windows for testing for certain viruses?’ And then COVID happened. And now it's language for everyone.”

Frieder began shooting the film on March 3, 2020, then after two weeks, shut down for seven months due to the pandemic, not knowing if he’d ever finish.

He says the film is intended to make LGBTQ+ centers feel warm and welcoming to queer kids, and to show that community resources exist, though people may not be aware.

“This was an opportunity to start … conversations about the realities of HIV today, which are basically if you have access to medical care, it's no longer a death sentence.”

Frieder says when he grew up in Florida, shame was hardwired into his brain since there was little education for LGBTQ+ people or accurate HIV information. “I felt so much shame because I was led to believe that if I were to have contracted HIV, it was something that I've done to myself.” 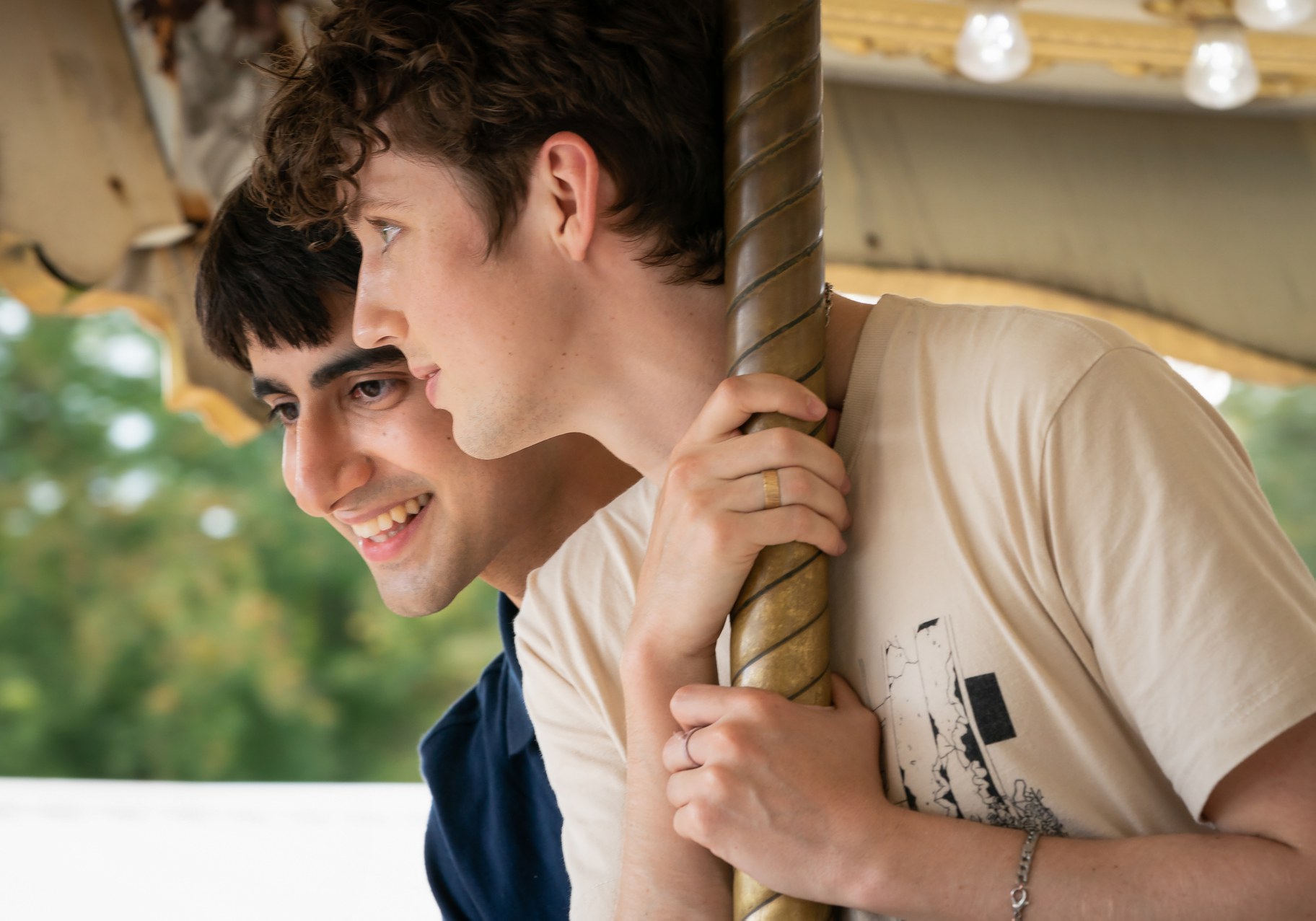 In the film, Caleb goes to a support group and finds new romance. He meets Estha, who’s also waiting for his test results, is from an immigrant family, and is bound for engineering school.

Frieder explains that he, like Estha, went through “best little boy syndrome,” which is when a gay kid overcompensates in every way — academically, athletically — because they’re ashamed about their sexuality. “That was the emotional core that I operated from as a kid, and honestly, still today. And it was important for me to portray that.” 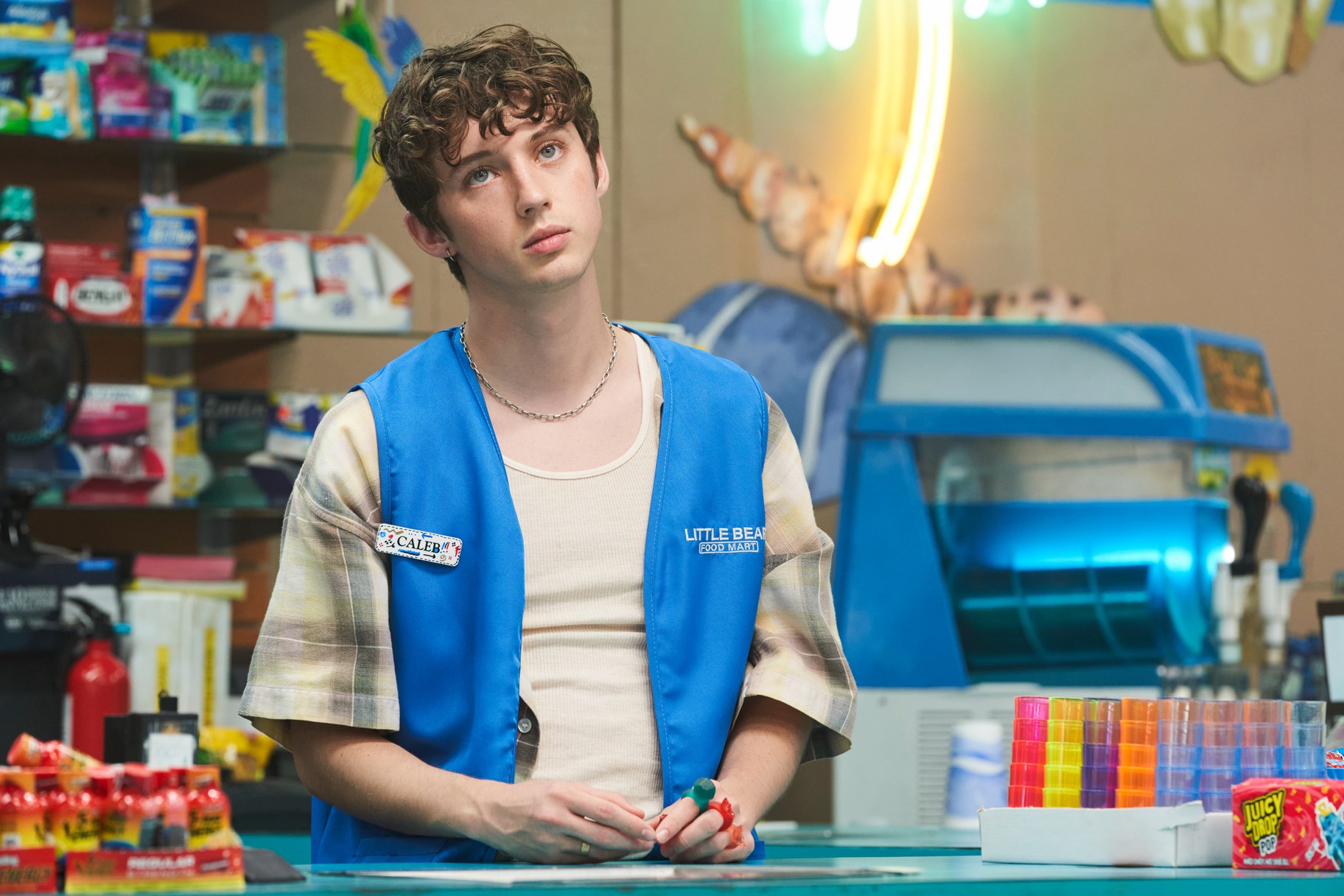 “Three Months” is set in 2011 to reflect writer/director Jared Frieder’s personal story of being in the closet at his Florida high school. Photo Credit: MTV Entertainment Studios.

The director adds that because the U.S. has achieved marriage equality, some people erroneously think the fight for LGBTQ+ rights is over.

“Since 2016 and beyond, they're legislating anti-gay, anti-trans, anti-LGBTQ legislation into the public school systems. … When kids who are young and not fully themselves, yet hear about this legislation, it's going to cause kids to take their own lives,” he says. “That is the actual reality of these bills — it will cause kids to feel worthless and they're not going to stick around. And we desperately need them to stick around because they are so beautiful, and valuable, and important, and strong. And they just need to get to the other side to see it.”

Frieder eventually came out to his parents and three best friends at age 15, then in college, he came out to everyone else. He’s also HIV negative.