Mississippi hill country blues is a style of music that has been kept alive on front porches and in bars across the southern United States.

Burnside tells Press Play that the unorthodox rhythm of hill country blues distinguishes it from other types of blues: "Most blues you hear, whether it is Delta blues, Chicago blues or Texas blues, they all tend to use the one, four, five [chord progression]. We don't use that too much."

Burnside says he likes to call hill country blues “feel music” because you never know what the musician(s) will do. “They just do what they feel, you know? If they feel like changing, they will. If they don't, then they won't,” he says.

Burnside’s last album, "Benton County Relic," earned him a Grammy nomination. One song on that album is “We Made It.” Making it meant getting running water in his home.

Burnside says that as a child, he didn’t really think about being poor, and was mainly focused on music instead. “It [music] just made me forget about the environment we was in. We was young. And to us, it was normal.”

He was 13 years old when he did his first tour with his grandfather R.L. Burnside’s band.

"I never left Mississippi before to play any music. … So just getting out for the first time. … We played Toronto, Canada. … I did my first tour with him at age 13, and I've really just been doing it ever since," he recalls. 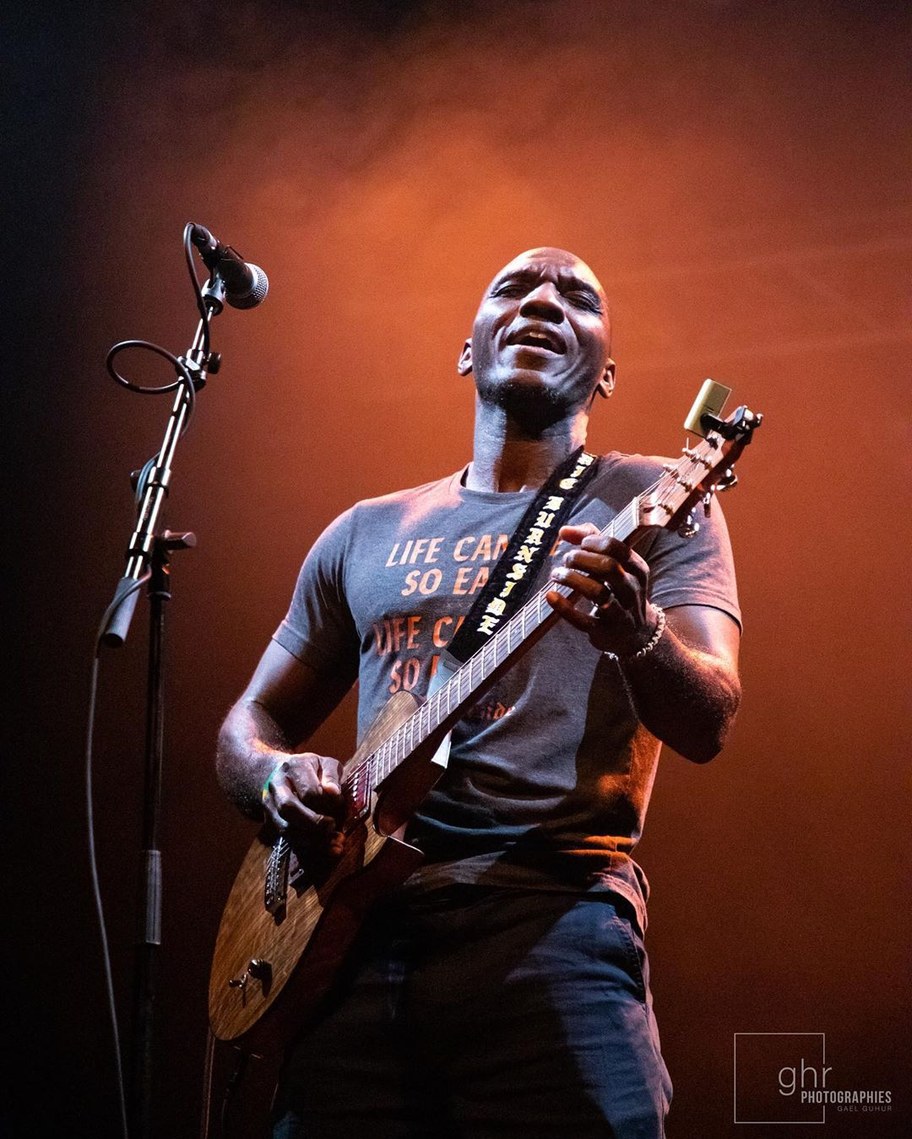 Tonight, Burnside is playing at The Echo. He says he doesn’t perform in LA as much as he’d like. “So it is good to hit the west coast and kind of rekindle the spark again. Because me and Big Daddy [his grandfather R.L.] used to come here all the time before he passed. I would say in the … mid-90s to late 90s, we used to come here at least once, twice a year. … And so I miss LA. I miss California, period."

END_OF_DOCUMENT_TOKEN_TO_BE_REPLACED
This Giving Tuesday, Will Ferrell and Viveca Paulin challenge YOU to donate to KCRW by midnight TONIGHT. If we raise $35,000 they will match it — totaling $70,000 for KCRW!
Give Now
Give Now!