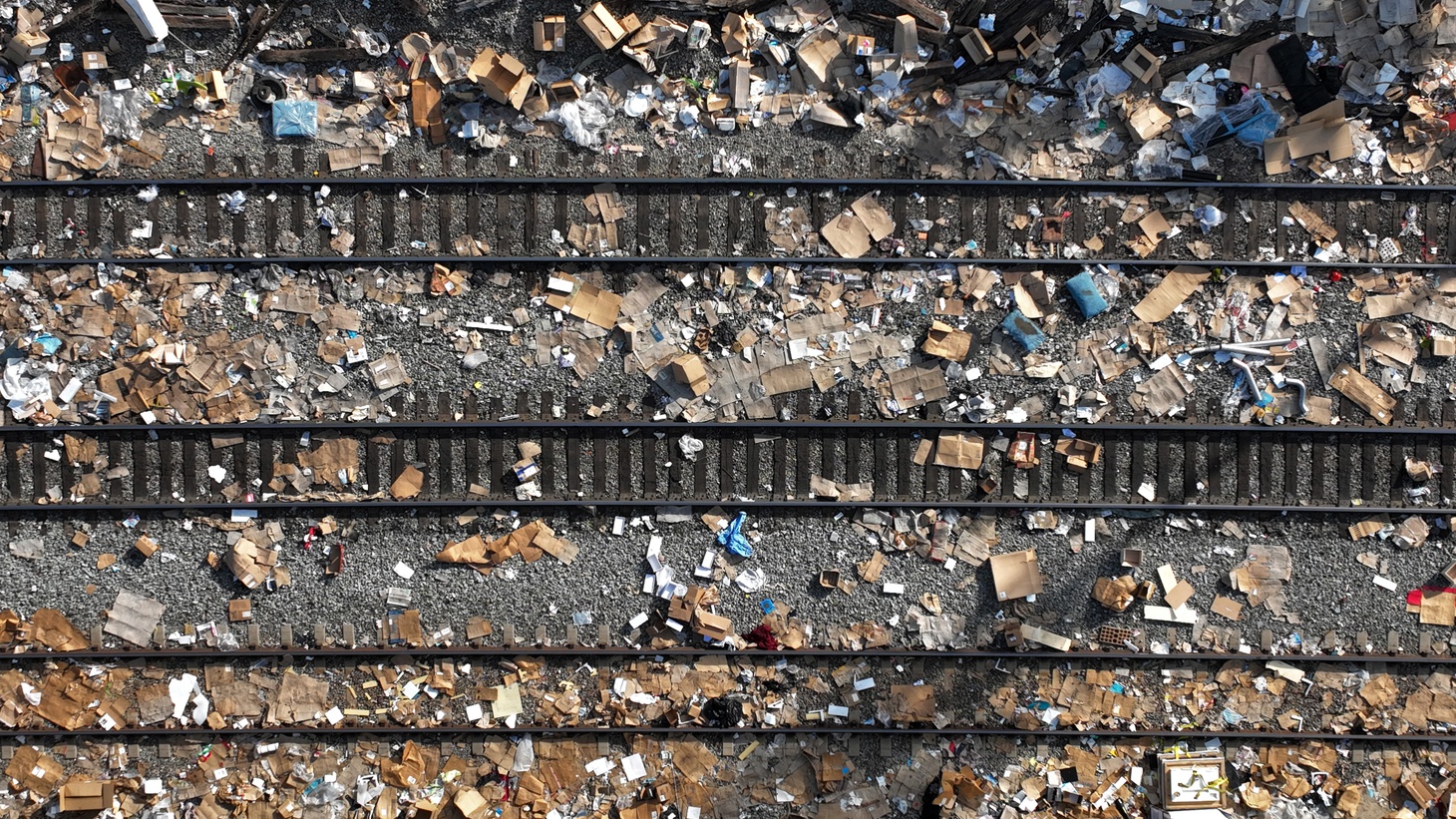 Thousands of stolen UPS packages line the Union Pacific rail lines in East Los Angeles for at least a mile. Thieves are targeting trains and emptying them as they sit or slowly move through the city. Many of the packages are Amazon returns, with many marked for delivery to west coast customers. January 14, 2022, Los Angeles, CA. Photo credit: Ted Soqui/Sipa USA via Reuters Connect.

The Los Angeles Police Department has been quietly investigating dozens of missing guns that were stolen last August from a cargo train in Lincoln Heights. The news comes as the LAPD, the rail companies, and District Attorney George Gascón face scrutiny from a rise of train thefts throughout the pandemic. Viral photos showed the Lincoln Heights railyard covered in a sea of torn boxes and Amazon packages.