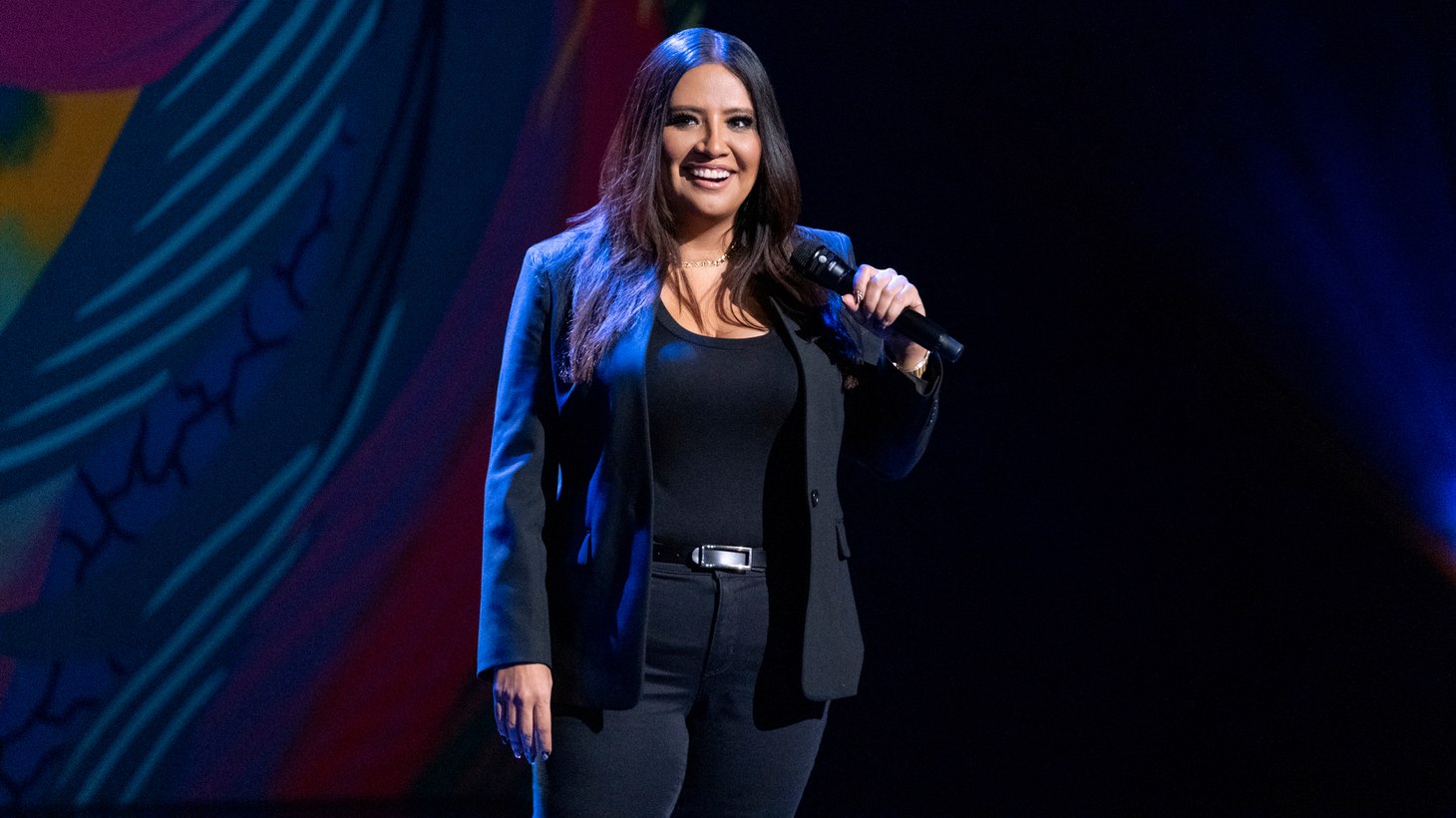 “Growing up in a family where we didn't have money to go to the doctor, we had been taught that if you're sick, you just hope for the best. It's almost heartbreaking when you see someone that you love and care for suffering. And that was the way I was used to growing up and accepting things. … So having this [health care] access, it changed my life,” says Cristela Alonzo. Courtesy of Netflix.

Comedian Cristela Alonzo grew up as a first-generation Mexican American in Texas, and it wasn’t easy. Some of her family members were documented, and others were not. She shares the story in her new Netflix special “Middle Classy.” Her comedy dives into her childhood, how she made her way to college and into show business, where she eventually earned enough money to buy health insurance. She’s also the first Latina to create, produce, and star in her own network sitcom, “Cristela.” ABC canceled the show in 2014 after one season, but it cemented her place in Hollywood history.

Alonzo says initially, the entertainment industry wasn’t a career option. Her family was working-class, and dressing up and doing bits was something she’d only do around the house. Often, she translated TV shows, including soap opera “The Bold and the Beautiful,” for her mother, who never learned how to speak English. She did so dressed up as Rich, one of the main characters.

“Back in the day, he had sideburns and a little cleft in his chin. And I would grab my mom's eyeliner, and I would draw the sideburns on my face. And I would draw a little line in the chin as the cleft and I was Rich,” she explains. “She would die laughing. … Honestly, I was using comedy to cheer my mom up because our life was so hard. And I wanted her to have these moments of joy.”

“​​I thought, well, everybody lives this life, right? I mean, this is what life is like? Then you grow up and you realize, ‘Oh. No. [You’re] walking to the post office to get money orders to pay the bills because you don’t have a bank account. … [Also] realizing that we couldn’t afford medication here, we had to walk to Mexico.”

Growing up, she learned a lot about the burden of responsibility that comes with being a first-generation child.

Making do without health care

Alonzo’s family had lacked health insurance, but she wasn’t aware of it until she got older. That reality was hidden by the family using Vicks VapoRub, the topical analgesic that smells like menthol, as a cure-all.

Today, Alonzo has access to medical, eye, and reproductive health care, which has been transformative.

“Growing up in a family where we didn't have money to go to the doctor, we had been taught that if you're sick, you just hope for the best,” she says. “It's almost heartbreaking when you see someone that you love and care for suffering. And that was the way I was used to growing up and accepting things. Having to accept that I didn't feel good, accepting that my mom didn't feel good. So having this access, it changed my life.”

She’s also grateful to have mental health care, though she jokes — with a bit of pride — about experiencing depression. Today, she has the privilege to go to therapy regularly, and visit a psychiatrist every three months for check-ups. That mental health care validated her depression — it wasn’t just about feeling sad.

“It's been such a wild ride to understand. Growing up in poverty, it's so easy to think, ‘Well, maybe I'm sad because I didn't have money.’ And then you start thinking, ‘No, because when I look back, I had a really happy childhood, despite growing up in poverty.’ So it was kind of this thing when I realized that I needed something that would help me reset. and I found the joy that I never thought I could ever feel.”

From comedy to community activism

After “Cristela” was canceled, Alonzo said she went through the long journey of figuring out what she wanted to do next with her life. Fans were begging her to bring back the show, and she felt powerless since she couldn’t. Then after a brief stint doing stand-up comedy, the 2016 election hit, and she no longer felt like entertaining.

Alonzo shifted to activism work because she wanted to make sure her community was okay. She even worked alongside civil rights leader Dolores Huerta, who she considers a good friend and mentor.

“It was the best decision I could make. The moments of joy will cancel out the moments of negativity. And we have to accept both feelings and all feelings as they come. So for me, I'm very grateful to all the groups and everybody that has allowed me to just be part of their journey in the past couple years regarding immigration, voting rights, [and] … medical services for communities.”

A new host to late night?

Right now, Alonzo is set on a different type of achievement: succeeding James Corden as host of “The Late Late Show.” While she initially floated the idea as a joke, she says she meant it.

“I honestly was telling people, ‘A lot of times when they look for late night hosts, they look for similar people.’ And I am not similar, meaning Latina. And for me, I'm like, I just want the chance. … What I've learned in this business, being around it for as long as I have … [is] that if you want something, you have to say that you want it, regardless of whether it's a yes or no,” she says.