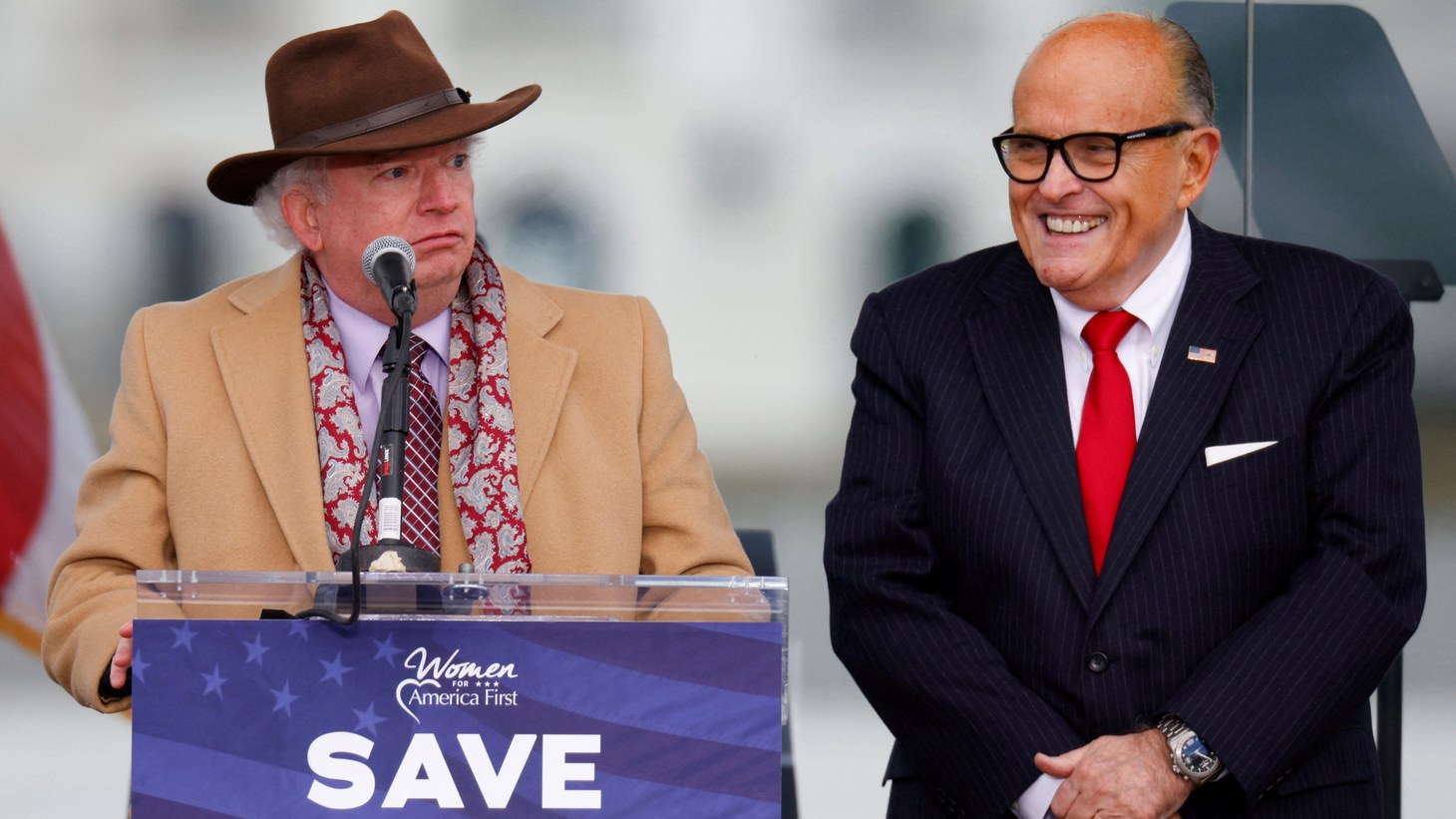 Attorney John Eastman speaks next to U.S. President Donald Trump's personal attorney Rudy Giuliani, as Trump supporters gather ahead of the president’s speech to contest the certification of the results of the 2020 U.S. presidential election on the Ellipse in Washington, U.S, January 6, 2021. Credit: REUTERS/Jim Bourg/File Photo.

John Eastman has been a key figure in former President Donald Trump’s attempt to stay in power after losing the 2020 election. Working under Trump, he authored a memo laying out how then-Vice President Mike Pence could reject state electors on January 6, 2021, when he presided over the certification of the election.

Eastman has professional and ideological roots in Southern California. He was a professor and dean at Chapman University’s law school and led the conservative Claremont Institute in Upland. And according to Los Angeles Times politics reporter Melanie Mason, Eastman appears unrepentant about trying to subvert the will of American voters.