Written by Amy Ta, produced by Angie Perrin May. 10, 2022 Entertainment 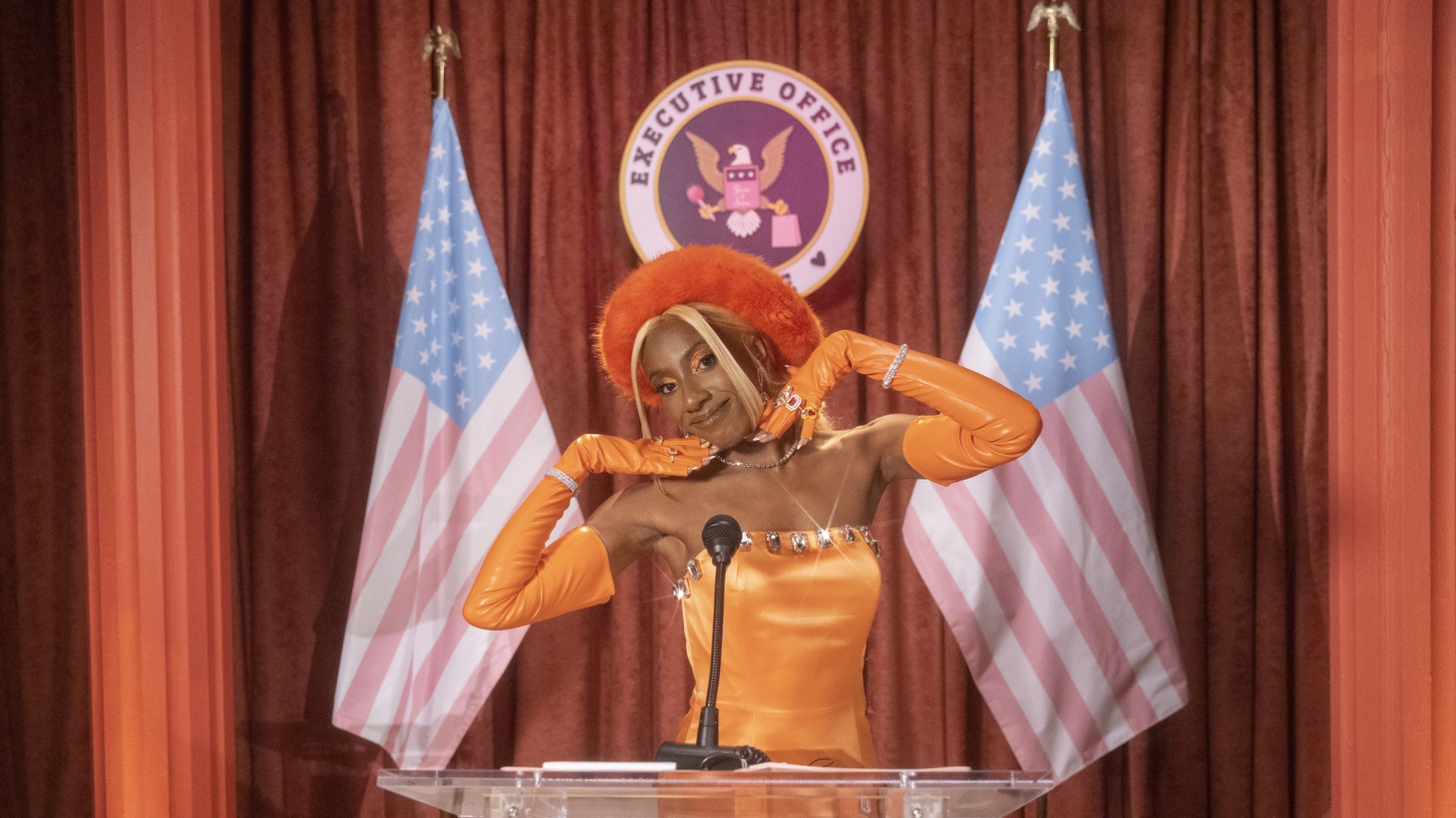 “I plan on running for presidency. I think that [in] 2024, we need a Bratz doll in the White House, and I hope to be that person,” says Ziwe. Photo by Greg Endries/Showtime.

Comedian Ziwe burst onto the entertainment scene in 2017 with her YouTube show “Baited with Ziwe,” where she asked her guests provocative questions that usually revolved around race. Now Showtime is airing that show — called “Ziwe” — on Sundays at 11 p.m. Season two just kicked off.

“My show basically is uncomfortable conversations with iconic people. We really talk about the brass tacks of media, and American politics, and race and culture, and gender, and class. And it's very, very funny,” she tells Press Play.

In many real-time scenes, uncomfortable pauses happen, and Ziwe deadpans to the camera. She can hear her crew laughing during the interviews too, she shares. “I'm hyper aware, as a character, of the fact that I'm in front of three cameras doing an interview with a celebrity guest, and we play up that chaos.”

One question Ziwe often asks: How many Black friends do you have? The asnwer is four or five for many white people on her show. “Over the course of the pandemic, I asked that to respective guests and at first it was — one is something you notice, two is kind of strange, and three becomes a trend. So I can't I cannot say definitively [why four or five came up a lot].”

She shares that strangers at a Chili’s restaurant often randomly told her how many Black friends they had, which gave her the idea for the show. She never understood why they mentioned that to her at all. So she says she “had a lifetime of being uncomfortable and having to have these weird, awkward conversations about race.”

She adds, “What you learn about society is that sometimes people say things that make no sense. … I don't know why people offer these weird things to me, but I run with it in this television show. … I’m lucky that people feel so uncomfortable — that they feel comfortable saying things that are inappropriate.” 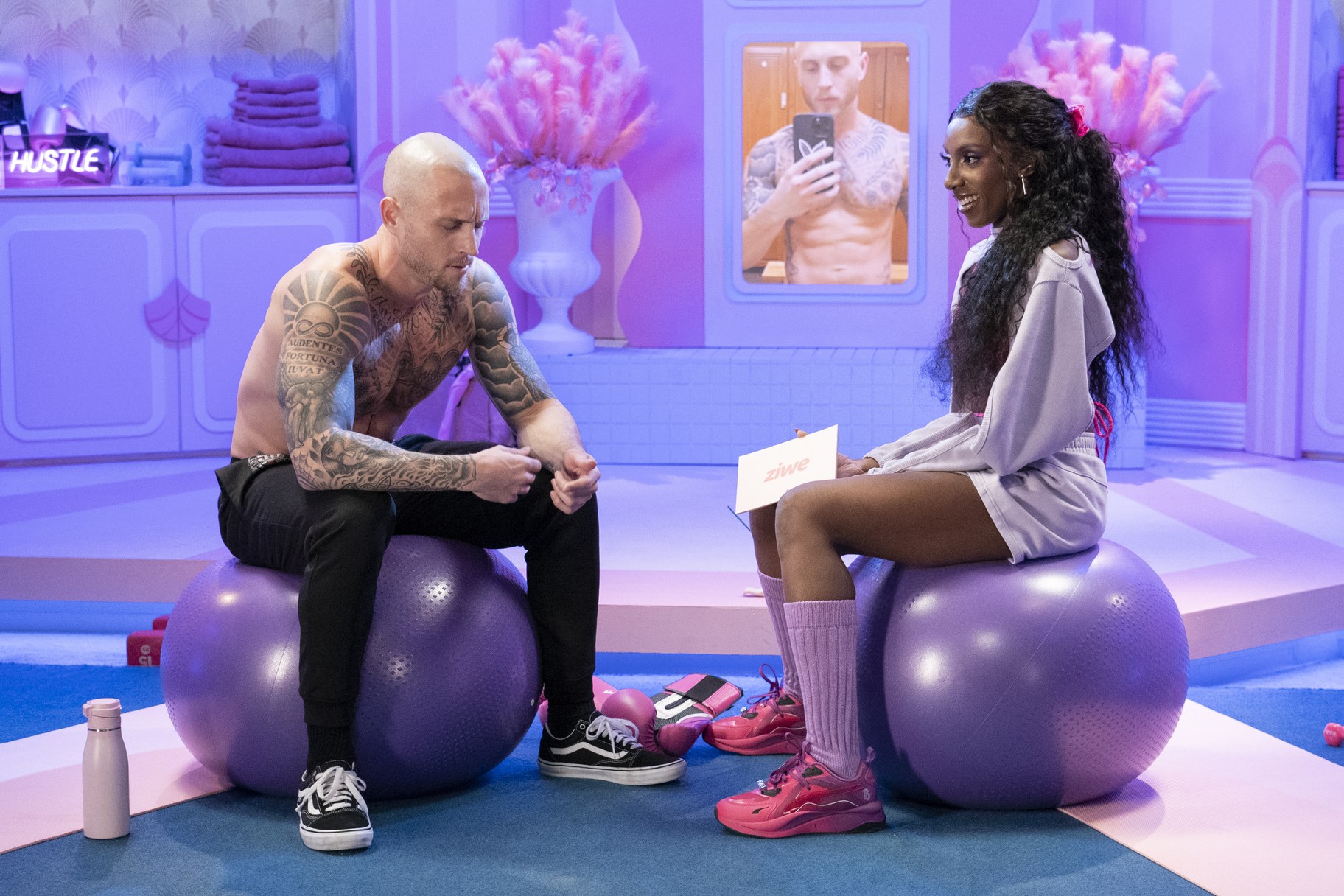 On her show, Ziwe asked actor Chet Hanks if he wanted to apologize to any minority communities for appropriating their culture. Photo by Greg Endries/Showtime.

To get people to come onto the show, Ziwe simply invites them, and her staff does pre-interviews. The guests all know the premise of the show. She emphasizes that her guests are willing to poke fun at themselves, and not do the standard celebrity interview where they promote their work. “[They] just enter into chaos and watch some really interesting art in comedy form.”

Who is Ziwe’s ideal guest? She lists Kim Kardashian, Ellen DeGeneres, Elizabeth Holmes, and Azealia Banks. She adds, “Until I talk to every single person on this earth, I will have not done my job.”

In this second season, she says she’s excited to talk to actors Ilana Glazer and Hannibal Buress from “Broad City,” plus a famous drag queen from “RuPaul’s Drag Race.” Ziwe adds, “We have a myriad of guests and … it covers all the audiences in the world, every single one of them.” 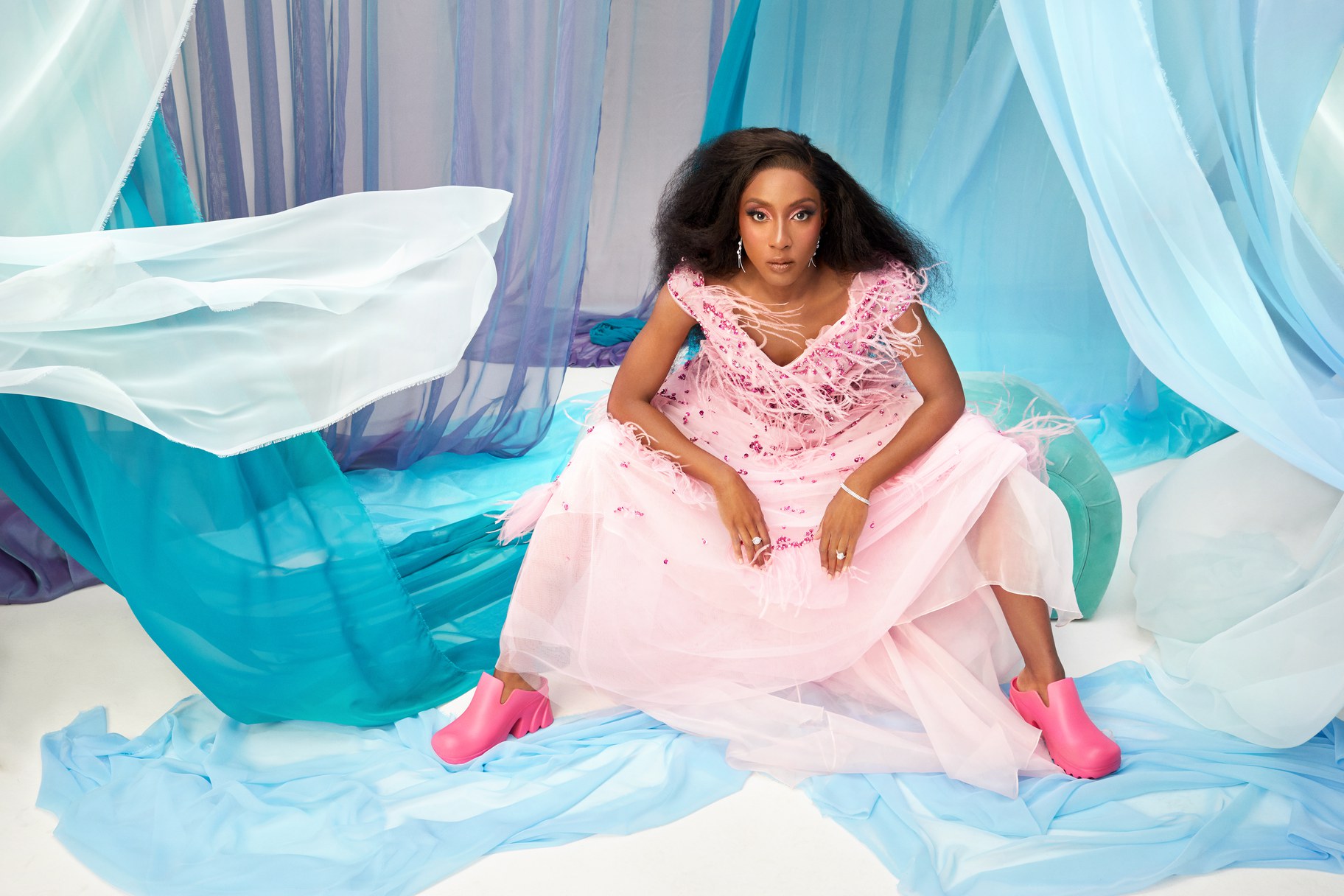 “What you learn about society is that sometimes people say things that make no sense. … I’m lucky that people feel so uncomfortable — that they feel comfortable saying things that are inappropriate,” says Ziwe. Photo by Lelanie Foster/Showtime.

What’s next for Ziwe? “World domination. I plan on running for presidency. I think that [in] 2024, we need a Bratz doll in the White House, and I hope to be that person,” she says.