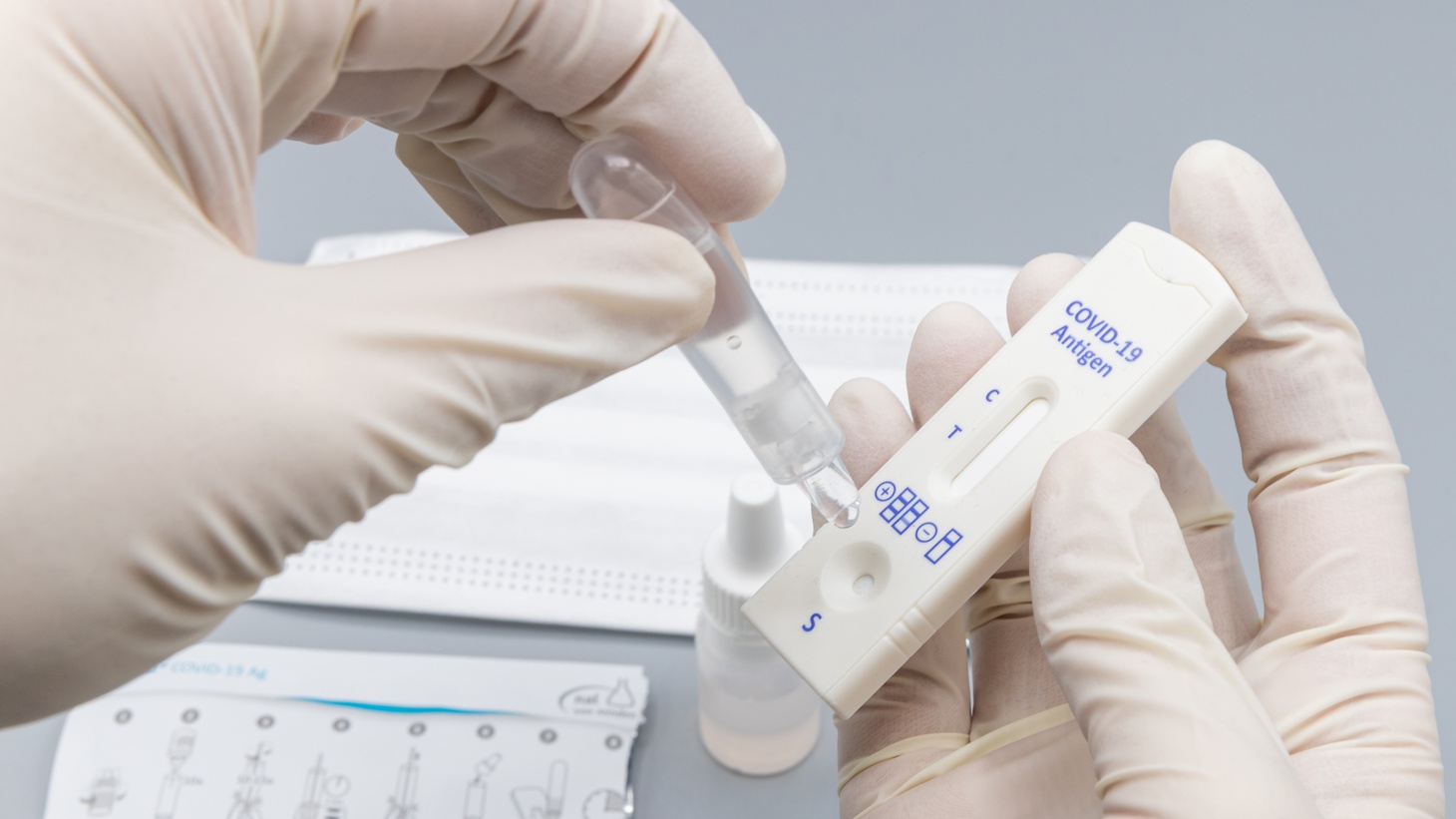 An East Coast spike in COVID has California doctors — like Stanford’s Dr. Abraar Karan — worried that the West will be next. "The problem is that it's hard to detect these surges. A lot of people are doing at-home testing now, which is different than before," he says. Photo by Shutterstock.

Philadelphia is the first major American city to bring back an indoor mask mandate this week, after cases there have nearly doubled over the past two weeks. And like we’ve seen with previous waves, when cases go up on the East Coast, the West Coast soon follows. LA County data released on Monday showed a 23% increase in cases since March. So what does this mean for California?

And although many cases are sprouting up in the community, Karan says they’re not leading to higher rates of hospitalizations. That’s because some people have already caught the Omicron variant, and many others are vaccinated.

“Beyond that, we have better therapeutics. So in an outpatient setting, people who are at high risk of progression can get Paxlovid [Pfizer’s COVID antiviral]. … This is what we've been saying for about two years: You'd much rather get COVID later when we have a better understanding of the disease, better therapeutics, and preventative measures.”

But he points out that the West Coast is still in the early stages of what could be a significant uptick in new COVID cases.

“From a public health standpoint, I am concerned. Because when you have a large surge in cases, you have many people who get … sick enough to leave and be out of work, sick enough to transmit to other family members. … Remember: A small percentage of a very large number is still a big number. So if you have a lot of transmission, we eventually could see more hospitalizations. And that's always a lagging indicator.”

He adds, “I expect that … with all mitigation measures pulled back, no more masking, people doing large, indoor gatherings, that we will see an increase in cases or more even than what we have now.”

Karan says he’s also concerned about vulnerable hospital patients who can experience the long-term effects of COVID, such as those who’ve gotten organ transplants and are taking immunosuppressive therapies.

“Some people got very sick. Other people needed more complicated medication regimens. Some people didn't respond as well to certain therapeutics,” he says. “This virus causes a very big immune response [and an] inflammatory response. So we saw people coming in with other complications, other exacerbations of diseases, or underlying medical conditions.”

Filtering indoor air should be a priority

As masks continue to be a politicized issue, Karan says government officials need to prioritize the creation of new indoor air filtering systems.

He references the use of air filtration and negative pressure in hospital rooms to keep them as clean as possible.

“So what are we doing to clean the air? What are officials and politicians doing? Are they funding this? Is there enough attention on this? It doesn't seem like it. And so here we are, once again in another surge, the same conditions, arguing about masking, when in fact, we need serious improvements in our indoor air filtration and ventilation. Just the way that we cleaned dirty water that we created sewage systems, we have to start thinking of the air in terms of a serious medium of disease transmission.”

How to monitor COVID in the months to come

Karan says it’s still difficult to predict any new surges, especially looking ahead to the summer. But he notes that it’s becoming increasingly difficult to keep track of how many new COVID cases there are.

“The problem is that it's hard to detect these surges. A lot of people are doing at-home testing now, which is different than before. So we have to use smarter ways to predict this. Wastewater data [is] one example.”