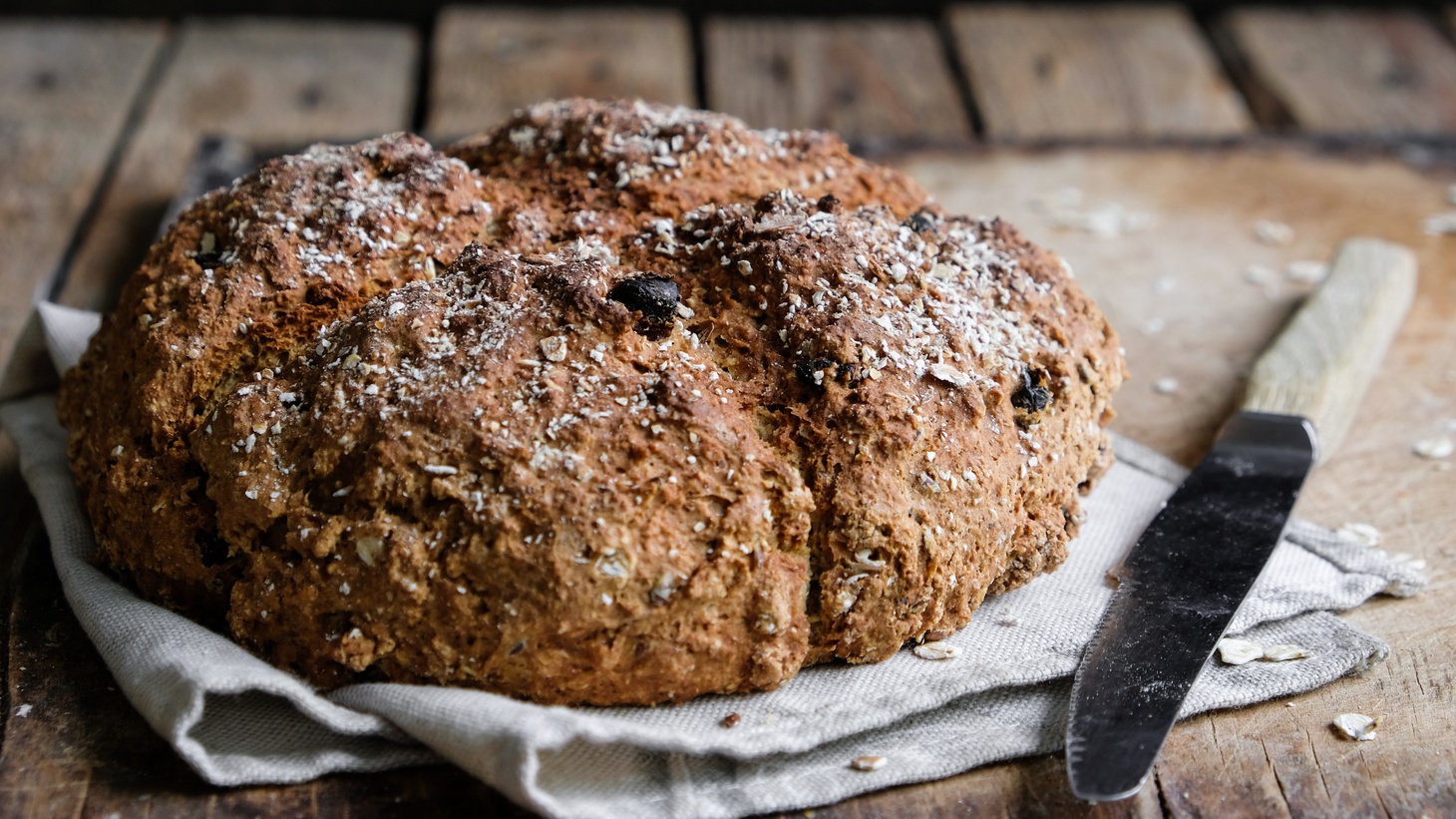 Traditional Irish soda bread was made simply with whole wheat flour, baking soda, buttermilk and salt. Currants or raisins were considered a luxury. Photo by Shutterstock.

While everyone was busy sliding down the rabbit whole of sourdough a couple years ago, I stubbornly met my bread needs by baking the easiest bread of all, Irish soda bread. It’s a quick bread, leavened by baking soda and brought together with a few gentle quick kneads. Made simply with flour, baking soda, salt, and buttermilk, the dough is more similar to a stiff batter than an elastic bread dough. The characteristic deep crosswise slashes in the dough allow the dense bread to first rise, then cook all the way through. I often make it if I’ve run out of bread in the house.

It’s particularly good served toasted with salted butter and jam or to accompany soups and stews. The most traditional versions are made from whole wheat flour and have few inclusions, maybe currants or raisins for sweetness or caraway seeds. So it makes sense to use a good, fresh whole wheat flour because it has so much flavor compared to all-purpose flour, which is mainly about texture.

If you’re interested in trying an Irish style wholemeal flour, King Arthur makes one. I used Central Milling Organic Type 85 wheat flour, which you can buy online or at King’s Roost in Silverlake. The shop is like a flour wonderland.

I go back and forth between two different recipes. I like the King Arthur version, which is an accommodation between the spare traditional variety and the sweeter, more cake-like Americanized version. Of course there is also the famed Ballymaloe Cooking School White Soda Bread recipe made with all-purpose flour.

If you like scones, you’ll love soda bread. They’re cousins. Whichever you try will be a better way of marking St. Patrick’s Day than drinking green beer. Also, who wouldn’t love a bread that must be deeply slashed to let the faeries out? 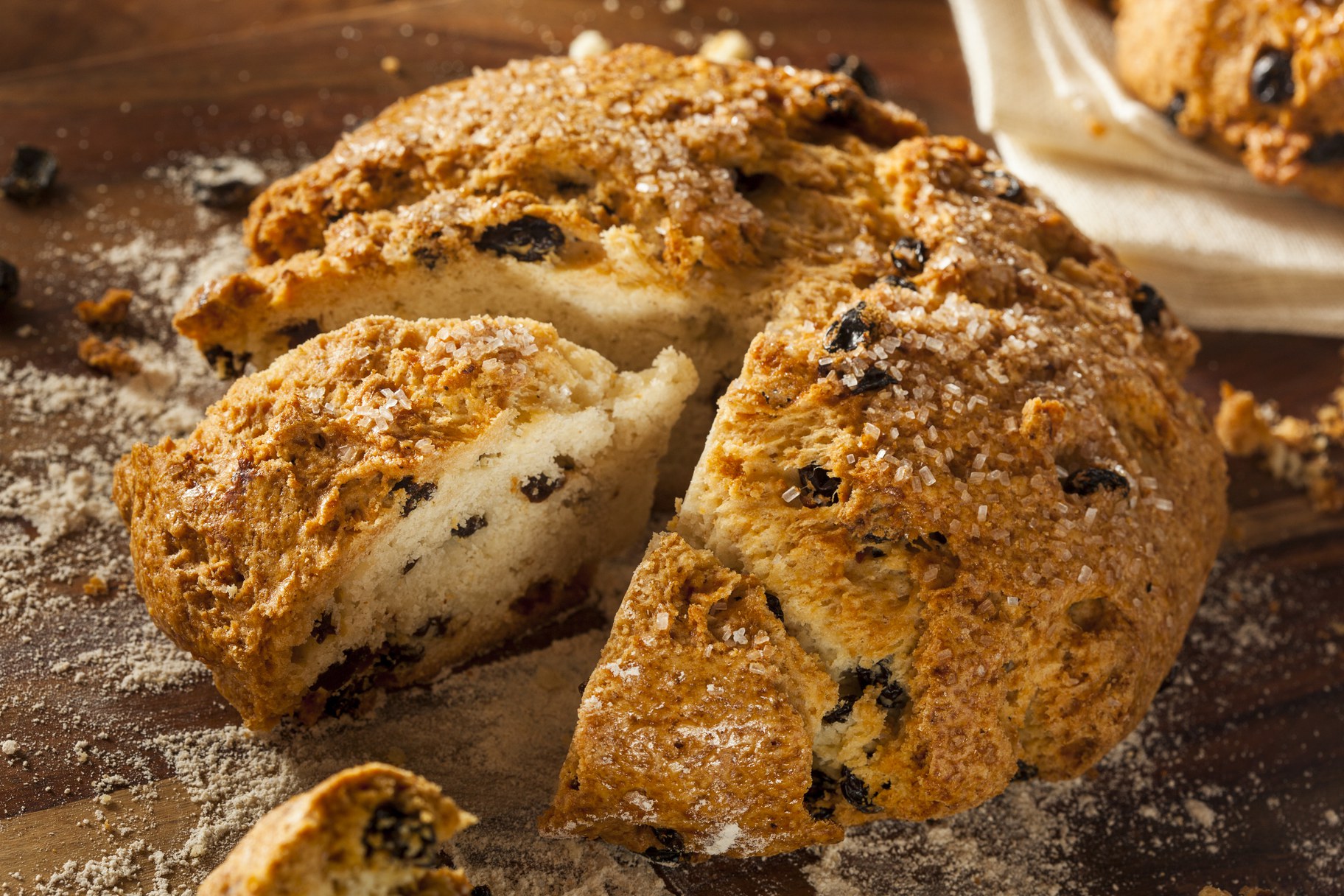 An Americanized version of Irish soda bread made with all-purpose flour is often sweetened with sugar, and butter is added for richness. Photo by Shutterstock.