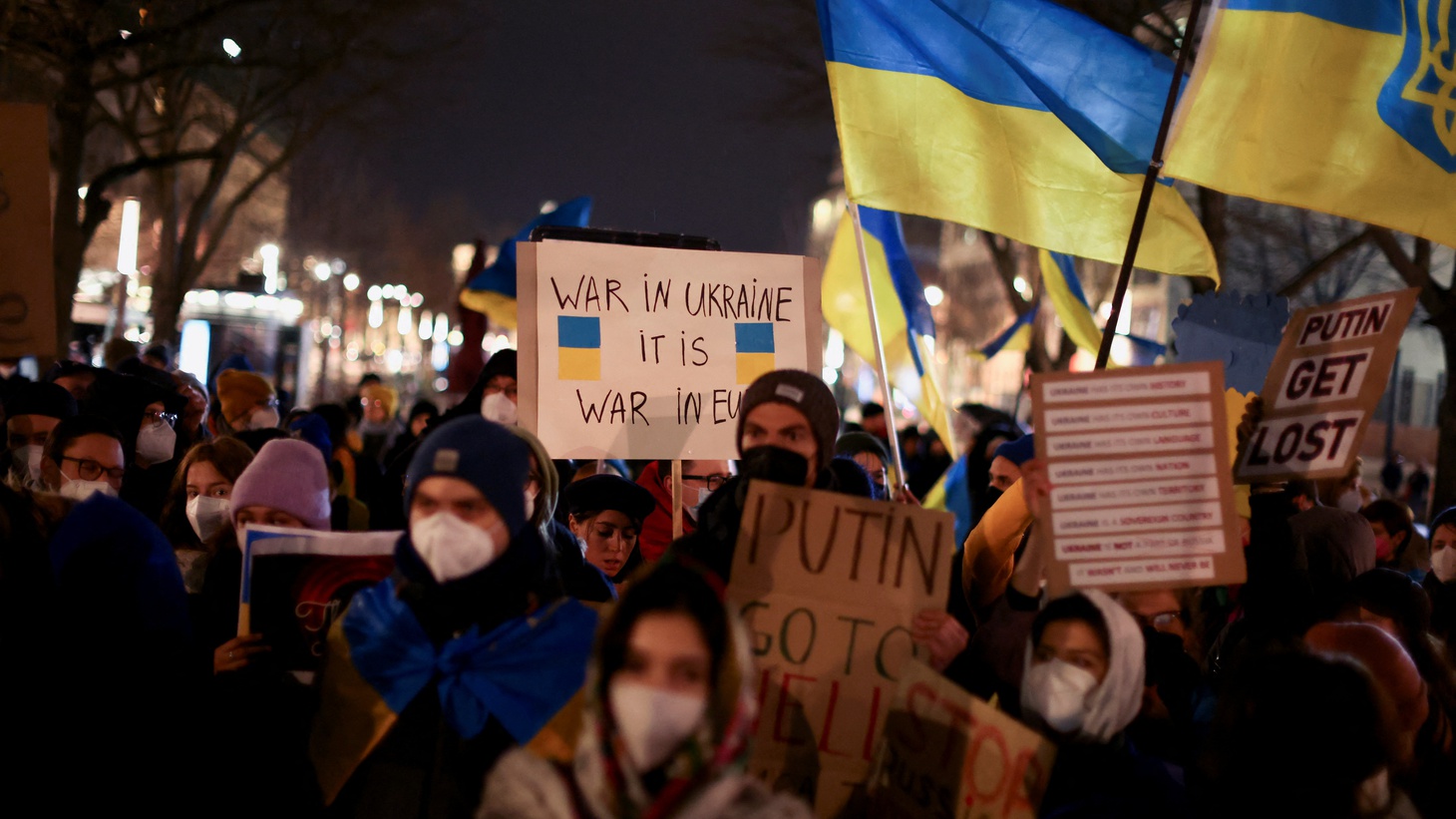 Demonstrators hold placards and wave Ukrainian flags during an anti-war protest in front of the Russian embassy in Berlin, Germany, February 22, 2022. Photo by REUTERS/Christian Mang.

Biden also announced plans to send more U.S. troops and equipment to Lithuania, Estonia, and Latvia. He made clear that move was only defensive, and intended to send the message that the U.S. would defend NATO territory, which does not include Ukraine.

What options does Ukraine and its president Volodimir Zelensky have if Russia continues to take over more parts of the country?