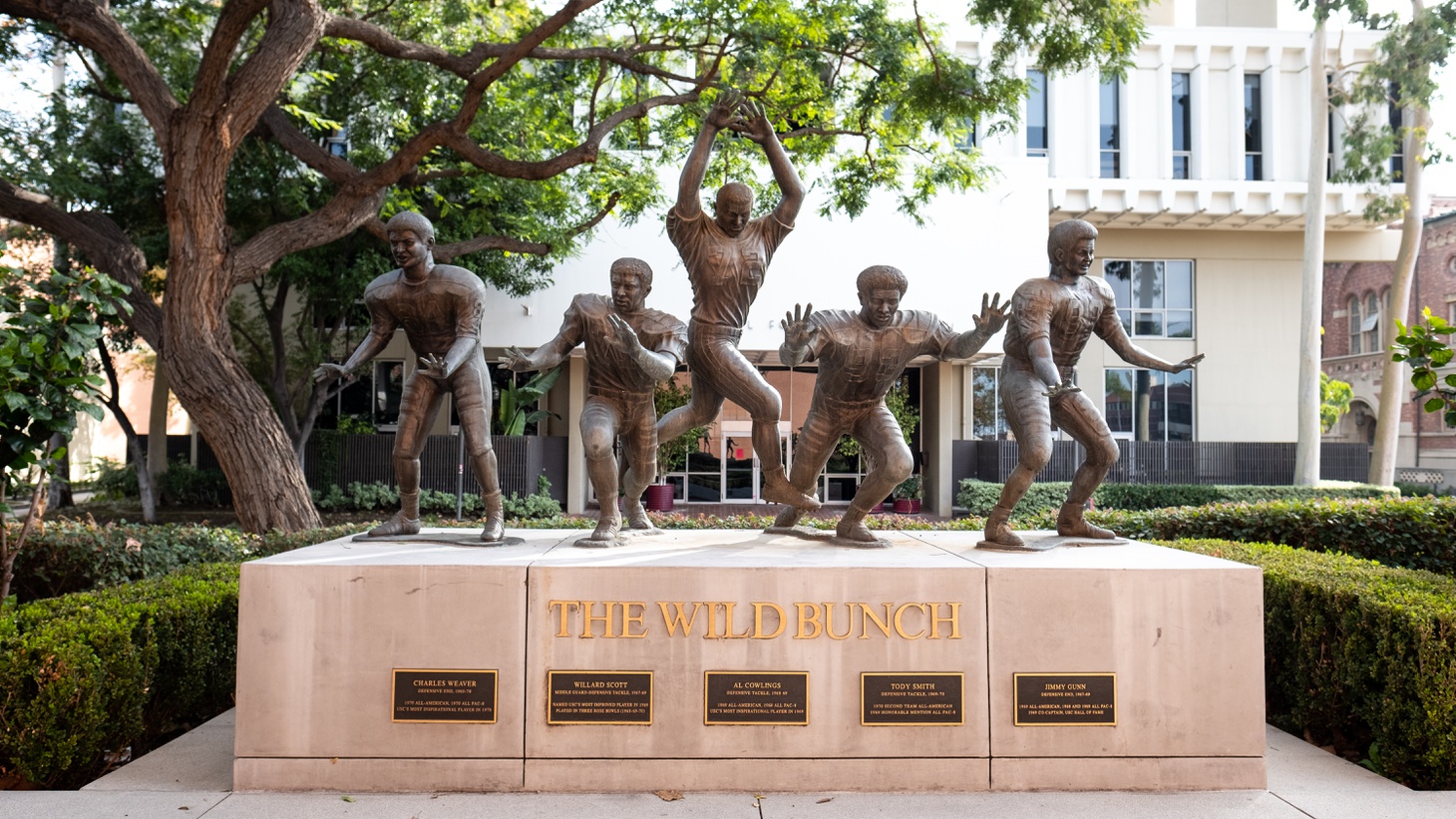 Statues of the “Wild Bunch” football players are seen at USC. Photo by Amy Ta/KCRW

The holidays are a time for many to sit back and watch college football. That’s because it’s bowl season! Top schools from around the country —  including Georgia, Michigan, Texas Christian University, and Ohio State — will duke it out for a chance to play in the College Football National Championship game in January at SoFi Stadium. Also, USC plays Tulane. The team’s quarterback, Caleb Williams, won the Heisman Trophy.