President Obama laid out his strategy for defeating ISIS this week. And it included talk of airstrikes. In November, one of those strikes killed the ISIS spokesman known as Jihadi John, a British man who beheaded American captives on camera. That airstrike was actually carried out by an unmanned drone. Drones are increasingly the tool of choice for many countries involved in armed conflict, and countries looking to spy on one another. But there is no single set of international rules that govern the use of drones by nations. How has the lack of rules affected things on the ground? 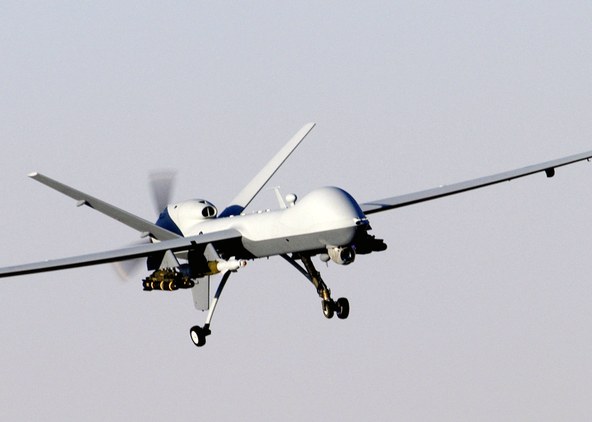 Should colleges be allowed to use race to help decide whether to admit or reject prospective students? The U.S. Supreme Court heard arguments today in a case that many...

California voters banned affirmative action in public university admissions in 1996 when Prop 209 passed. How has it played out at California schools?

In the wake of the terror attack in San Bernardino, a familiar story has emerged. Two young Muslims living in the West became radicalized and began to identify with groups...

President Obama laid out his strategy for defeating ISIS this week. And it included talk of airstrikes. In November, one of those strikes killed the ISIS spokesman known as...

When Disney Hall opened in 2003, it was hailed as “flamboyant,” “sublime,” and “exquisite.” The new makeover of the Petersen Automotive Museum at Fairfax and Wilshire has...