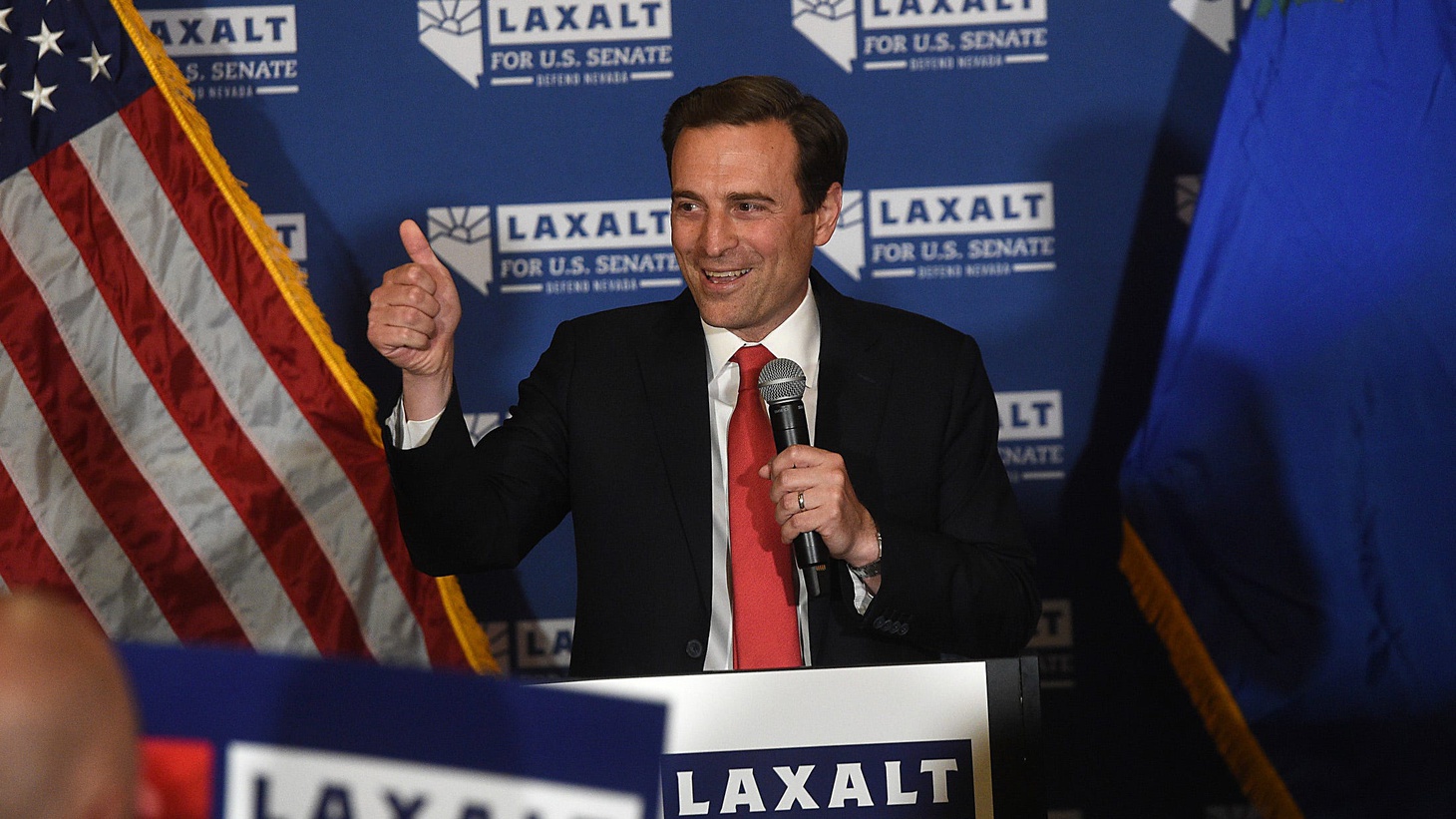 Former Nevada Attorney General Adam Laxalt won the Republican primary on Tuesday night for one of the state’s U.S. Senate seats. He’ll face incumbent Catherine Cortez Masto, who’s considered one of the most vulnerable Democrats seeking reelection this year. The face-off comes as Nevada’s status as a blue state is questioned. President Joe Biden barely won Nevada in 2020, and his popularity has sunk amid growing inflation and gas prices. Donald Trump endorsed Laxalt, who helped fight some of the former president’s legal battles as he waged to overturn the 2020 election. What does this mean for Nevada voters and the control of the Senate in November?