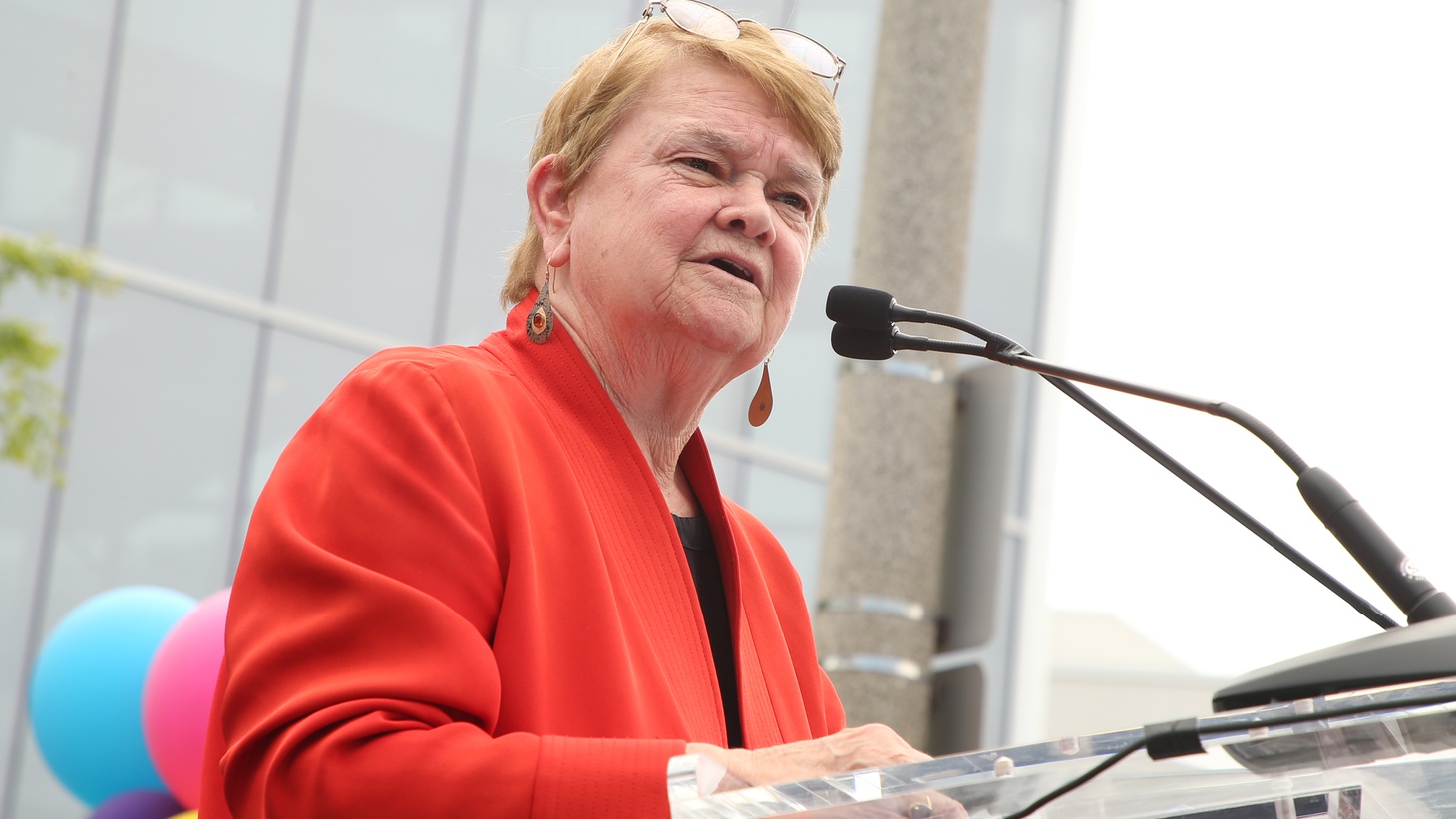 Sheriff’s deputies raided the home of LA County Supervisor Sheila Kuehl on Wednesday morning. The department says the raid is tied to an investigation about county contracts awarded to Peace Over Violence, a nonprofit run by Patti Giggans, who is friends with Kuehl. Giggans is also a member of the Sheriff Civilian Oversight Commission, which oversees the department and has clashed repeatedly with Sheriff Alex Villanueva over his refusal to comply with subpoenas.

Both Kuehl and Giggans have called for removing Villanueva, who’s up for reelection in November. The sheriff says he had no prior knowledge of the raid and recused himself from the investigation.

Kuehl tells KCRW that she’s not connected with the no-bid contracts that LA Metro gave Peace Over Violence to run a sexual harassment hotline for people to report sexual violence on public transit. She adds that she happens to be friends with Giggans due to her decades-long work in domestic violence.

“You can see everybody else has contracted with [Giggans] as well. I didn't have to do anything, and indeed never even knew about it. The administration at LA Metro looked at all the organizations, chose Peace Over Violence to do their sexual harassment work, and it never came to the …[supervisors] board. The sheriff seized their server yesterday. So now they're not even able to serve the women who are calling in for help.”

She adds that the County Council told her that they were tipped off about the raid, but she doesn’t know where it came from.

Kuehl argues that the raid is an example of Villanueva’s attempts to harass his critics.

“He's been very open, like [former President Richard] Nixon, that he has an enemies list. And this seemed like an opportune time to try to divert attention from his failures in terms of curbing gang membership by his deputies,” Kuehl contends. “It's retaliation. It's harassment. It’s always women. Although he did open an investigation to [LA Inspector General] Max Huntsman, who was supposed to investigate him. This guy is really off the rails.”

She says that the raid also represents retaliation over the Civilian Oversight Commission, as well as a new measure on the 2022 general election ballot, which would authorize the LA Board of Supervisors to remove an elected sheriff.

The sheriff’s department declined to respond to Kuehl’s accusations that the search was politically motivated. Instead, the department referred back to a statement issued Wednesday that read in part, “The investigation has been shared with a federal agency and they continue to monitor. This remains an active investigation and we are unable to comment further at this time.”

LA County District Attorney George Gascon posted a statement on Twitter on Wednesday: “The allegation was investigated by LASD & submitted for filing consideration in September 2021. We reviewed the case and determined that the state of the evidence at that time did not prove criminal.”

Fentanyl-laced pills can look like anti-anxiety meds. How to protect teens?

The LA Sheriff’s Department raided County Supervisor Sheila Kuehl’s home as part of an investigation into a contract awarded to a nonprofit run by one of her friends.

Teens are typically looking for anti-anxiety or ADHD pills, or lower-strength opioids, but many illicit, fentanyl-laced pills on the market that resemble legit drugs, says...

‘The Woman King’ takes female strength as a given, says critic

Critics review the latest film releases: “See How They Run,” “The Woman King,” “The Silent Twins,” and “Moonage Daydream.”

Whether they’re red, yellow, or orange, farmers market peppers are sweeter and have a greater variety of overall flavor and texture than anything you find in a grocery store.