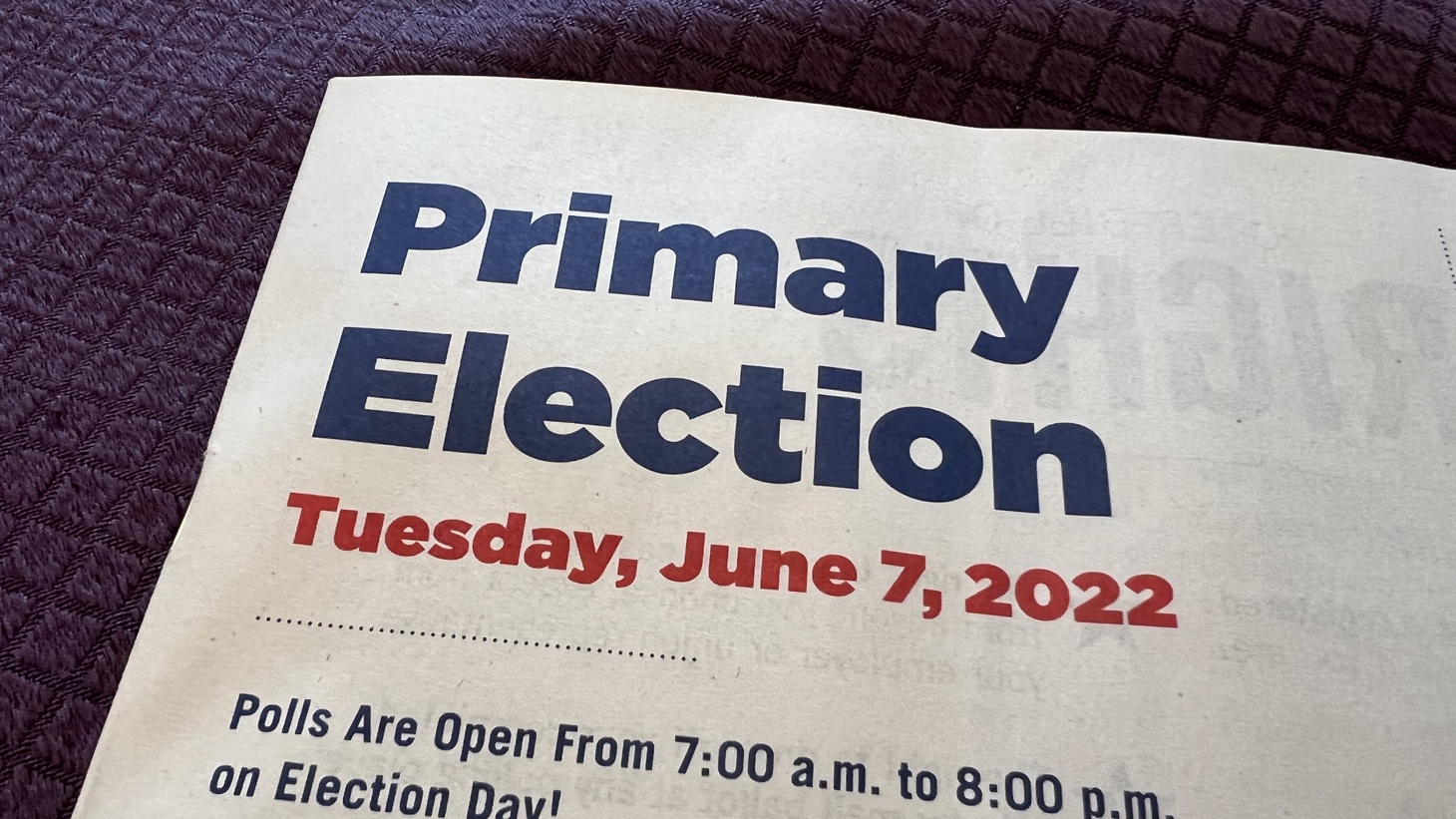 A voter information booklet for the 2022 American primary elections is displayed in Lafayette, California, May 6, 2022. “They might not realize that if one of the [LA mayoral] candidates gets to 50% on Tuesday, then there is no general election. You can win a mayoral contest by getting 50% plus one in the primary, and then it's over,” explains Paul Mitchell, vice president of Political Data Inc. Photo by Smith Collection/Gado/Sipa USA.

Tuesday marks the last day to vote in the California primary, but voter turnout is still low. Some 22 million registered voters received a ballot in the mail, and only 13% have returned them so far, according to the California secretary of state.

“There are statewide offices … [where] incumbent Democratic office holders will hold on to those. In LA, you do have a really compelling mayoral contest. But even that hasn't driven high turnout,” says Paul Mitchell, vice president of Political Data Inc. “We just haven't seen the same kind of turnout as we would expect in a big statewide election like a general election.”

Mitchell says that despite lots of advertising (especially from Rick Caruso’s campaign for LA mayor), awareness of the primary election is low.

“A lot of voters see this as the precursor to the general election. And they might not realize that if one of the [mayoral] candidates gets to 50% on Tuesday, then there is no general election,” Mitchell explains. “You can win a mayoral contest by getting 50% plus one in the primary, and then it's over. It really does have a greater importance than I think that a lot of voters are giving it.”

He notes that recent UC Berkeley polling shows U.S. Congresswoman Karen Bass is in the mayoral race lead with 38%, and Caruso trailing at 32%. And while he does not predict a candidate will cross the 51% threshold, he says there’s still a chance.

“There's just so much more volatility when you're talking about an election where maybe only a quarter of the electorate shows up, so we might see a result that is surprising to voters,” he says.

Meanwhile when it comes to the governor’s race, no one can name an opponent to Gavin Newsom, whereas turnout was much higher than expected (more than 60%) for his recall election last year, Mitchell adds.