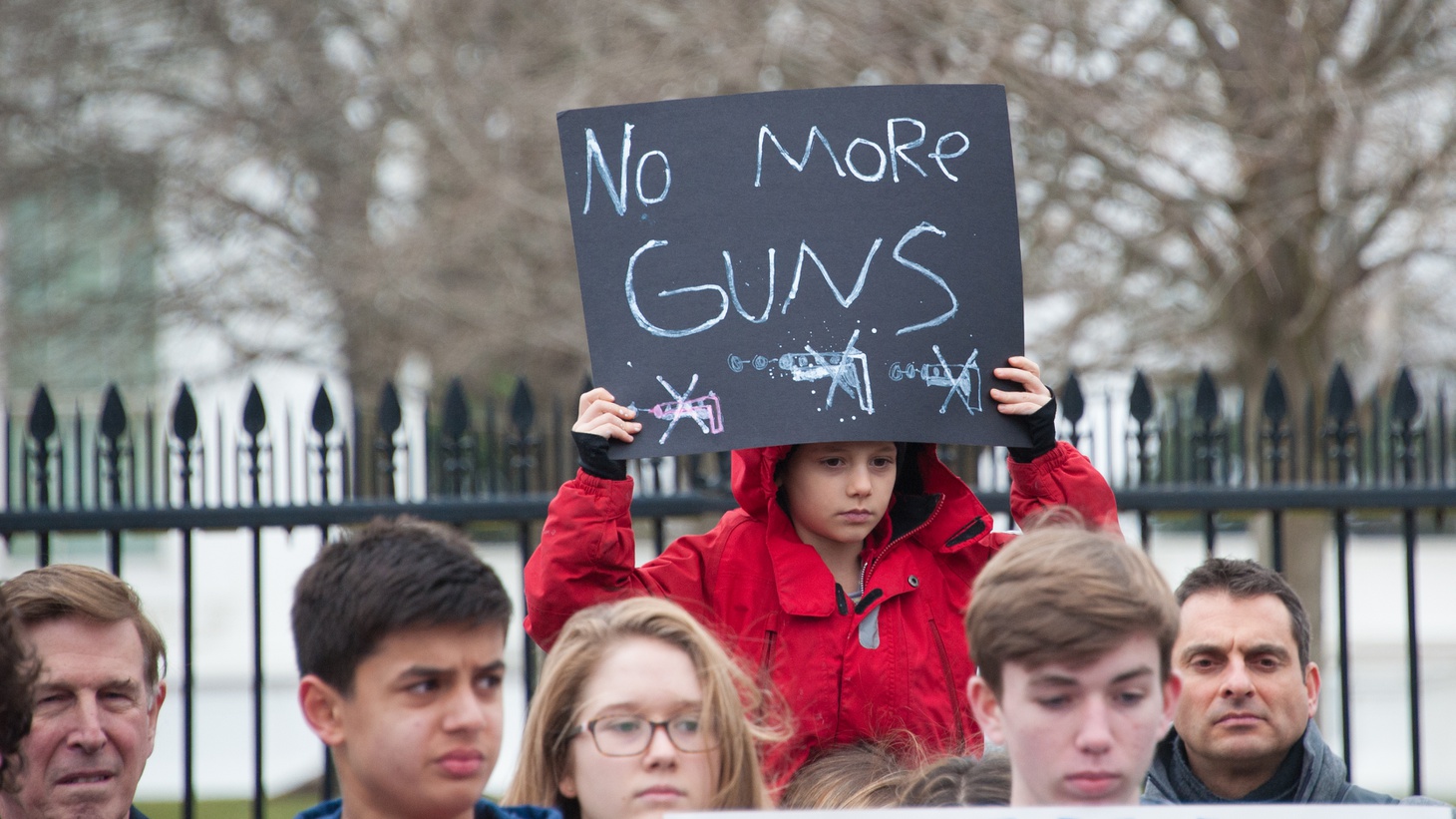 An activist in front of the White House holds a sign that says, “No more guns,” February 19, 2018 in Washington, D.C. Photo by Shutterstock.

Over the weekend, a string of shootings across the country left at least 15 people dead. In one in Philadelphia on Saturday, five people opened fire during a street fight and three people died. In South Carolina at a shooting at a graduation party, one person died. And In Arizona and Tennessee, shootings at nightclubs left five people dead. It’s all in the wake of the mass killings that happened in Buffalo, New York and Uvalde, Texas last month.

Will the national outrage over gun violence be enough to break the nearly three-decade federal impasse on gun reform? Connecticut Democratic Senator Chris Murphy has teamed up with Texas Republican Senator John Cornyn to write bipartisan gun control legislation that can pass the Senate filibuster.