Four of the 10 current teams within the National Women’s Soccer League have ousted their coaches this season. The coaches have been accused of verbal and emotional abuse, creating a toxic work environment for women, and in the case of one coach, sexually coercing two players. The league’s commissioner also stepped down this month.

The scandal is sprawling and complicated, but two men are getting the most attention.

“It ranged from cursing at the players, screaming at them in their faces. One player talked about having a panic attack on the field because he was screaming at her, and she started to cry when she got off, and he just kind of continued to scream. She said, ‘When he smells blood, he keeps going,’” says Molly Hensley-Clancy, sports investigative reporter for The Washington Post.

She continues, “There were also instances of racially insensitive comments. A Black player, Kaiya McCullough, told me that he used the N-word in her presence, although it wasn't directed at her. And there were sort of other racially-charged jokes that he made. So it really ran the gamut. It involved targeting certain players who were not starters, and really wearing them down to the point that they left the team.”

There’s good evidence that management knew this was going on, she adds, and some people within the Washington Spirit raised alarms about hiring him in the first place, and they said he was abusive to young players.

Burke was ultimately fired after an investigation by the league confirmed that he violated the league's harassment policy.

The culture within the Washington Spirit was misogynistic overall, Hensley-Clancy says. “Some women told me it was an old boys club. …

The team has lost 40% of its female employees just this season, including three of the five women who run its departments. It's seen a huge exodus of women from the team's front office, in addition to how players were treated.” 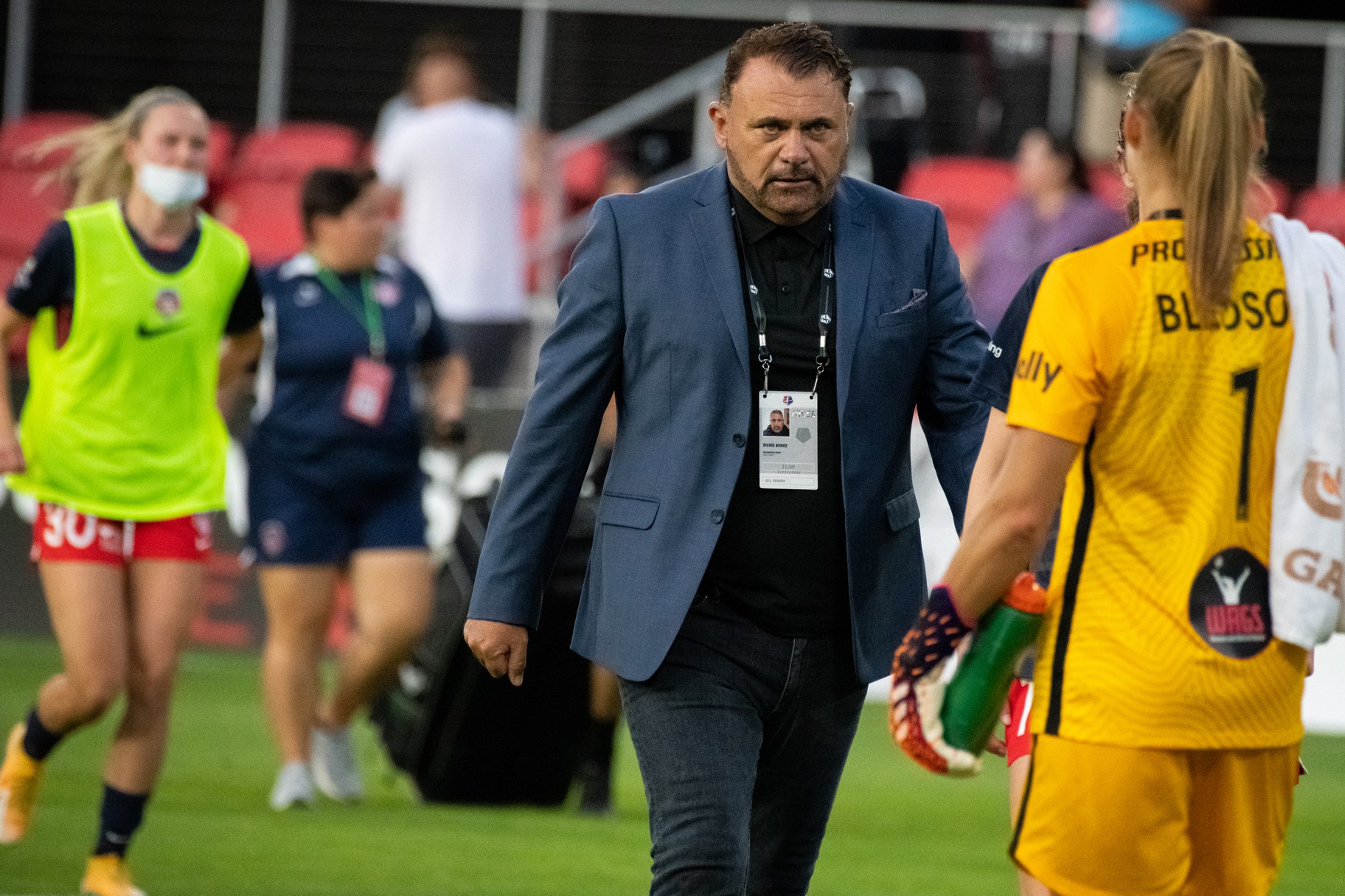 Also, Paul Riley, former coach of the North Carolina Courage, faces sexual assault and coercion allegations from two players, Sinead Farley and Mana Shim. “What they described was that Paul Riley, in one case, had coerced a player into having sex with him multiple times. Both players were queer or in relationships with women. And in both cases, he had made pretty homophobic comments to them that had kind of a sexual undercurrent to them. And in one incident they described, he forced them to kiss in front of him in order to avoid having to do … a conditioning exercise,” Hensley-Clancy explains.

The league’s commissioner at the time, Lisa Baird, said Riley was investigated and no action was taken against him — until The Athletic published its bombshell story and then he was fired, Hensley-Clancy says.

Baird has stepped down, and it’s uncertain who will replace her. “The big question here is: Who can they find to really take this league and make sure players are safe, make sure the league stays alive? Right now there's a committee of three women from different teams that is running it as they search for a new commissioner, and also overseeing these sprawling investigations that they have to do because they initially wouldn't investigate.”

She adds that partly why people are hearing mostly about Riley and Burke is that in the case of the two other coaches, Racing Louisville FC’s Christy Holly and OL Reign’s Farid Benstiti, they were fired quickly as soon as misconduct occurred. 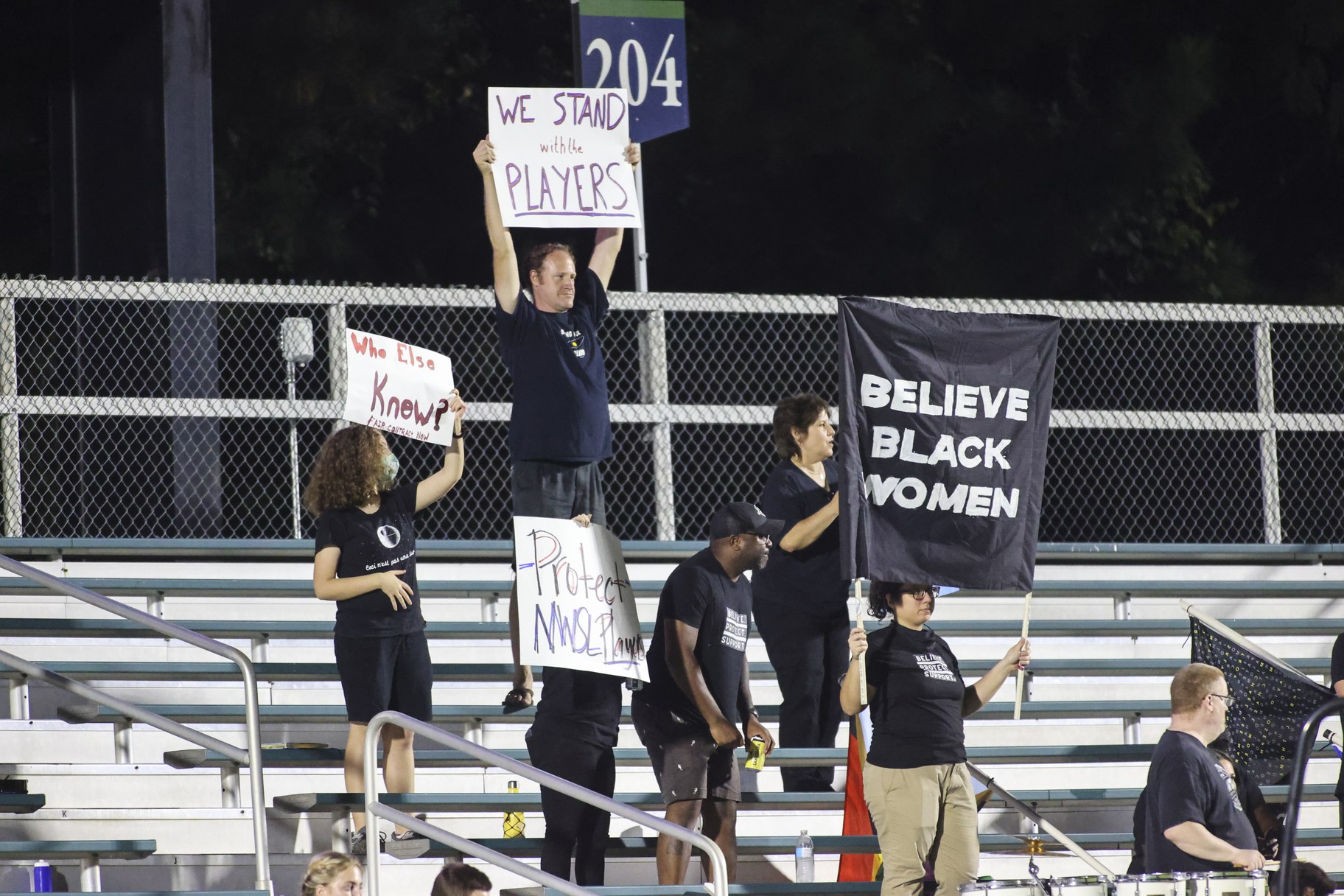 In the National Women’s Soccer League, why do men fill the roles of coaches and top leadership? Hensley-Clancy says the league has a pipeline issue and not a lot of women coaches are out there. “It is this kind of self-perpetuating cycle where if the decision-makers are men at the beginning, there's not a lot of incentive to get more diverse voices.”

She adds that most of the decision-makers are white, and now players of color are coming out and saying the league needs not just gender diversity, but racial diversity.

The league is so young — only 10 years old — and that’s why there’s a culture of silence, Hensley-Clancy acknowledges. “[There’s] a fear that if you speak up, the league is going to go out of business, and it's not just you that loses your job, it could be everyone loses their job. That's terrifying.”

She says that right now, sponsors, owners, and investors are sticking around. “We'll see what happens. … Players are hoping that the league is in a different place than it may have been five years ago.”