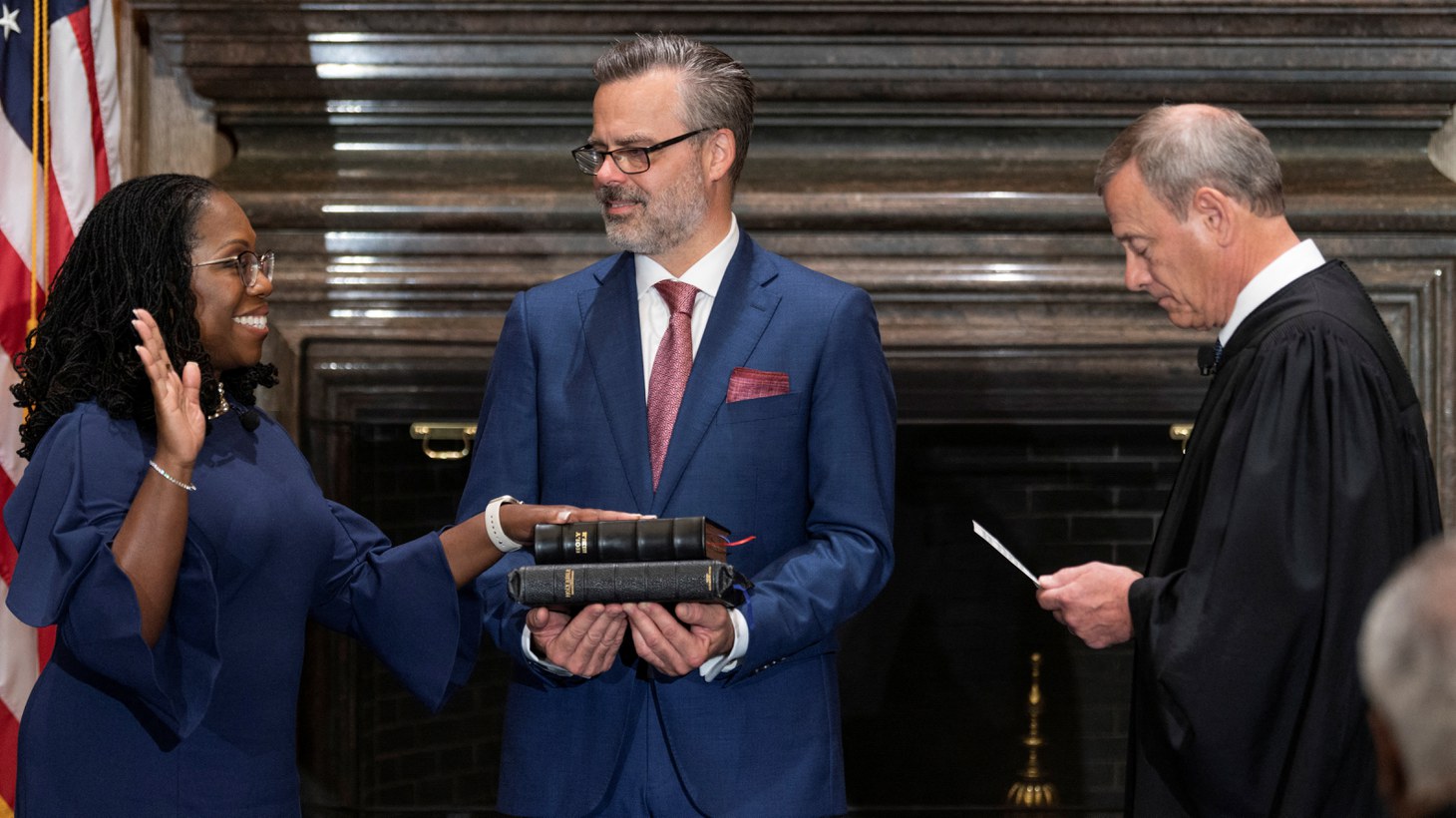 Judge Ketanji Brown Jackson takes her constitutional oath of office as Associate Justice of the U.S. Supreme Court, administered by Chief Justice John Roberts. Photo by Fred Schilling/Collection of the Supreme Court of the United States/Handout via Reuters.

Ketanji Brown Jackson took her oath of office and formally joined the U.S. Supreme Court today. She replaces Justice Stephen Breyer, who retired after spending nearly 30 years on the high court. The moment wraps up a monumental term that delivered major decisions such as ending constitutional protections for abortion, expanding gun rights, and chipping away at the separation of church and state.

Today, the court issued its last two rulings of the term. One limits the Environmental Protection Agency's ability to deal with climate change. The other ends former President Donald Trump’s so-called “Remain in Mexico” immigration policy, which requires migrants to wait in that country while their asylum cases are heard. The justices also agreed to hear a North Carolina case during the next judicial term that could change how federal elections are conducted.