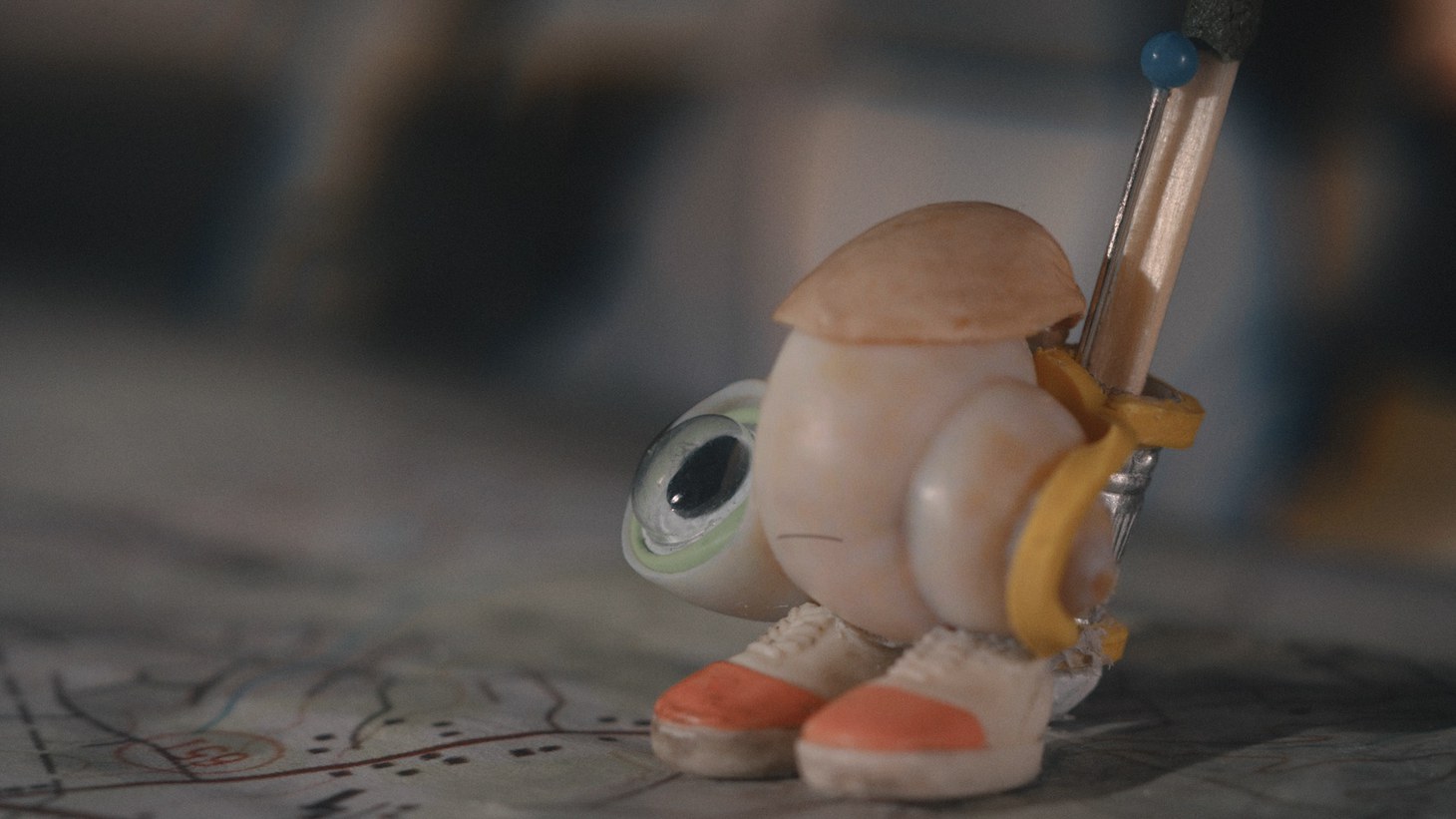 “I like playing Marcel because he is a different thing. He's really capable, but he is someone whose situation is defined by his own grief,” says Jenny Slate. Courtesy of A24.

It’s been just over a decade since a little seashell with a googly eye, pink sneakers, and an adorable voice captured the internet’s heart. “Marcel the Shell With Shoes On” debuted on YouTube in 2010 in a three-minute video, which has gained more than 32 million views since then. There were two follow-up videos and books. Now, Marcel’s story continues in a full-length film where he’s on a hunt to find his family.

KCRW talks to Jenny Slate, one of the film’s writers and voice of Marcel, as well as its director, Dean Fleischer-Camp, who portrays a version of himself in the film.

Marcel’s origins can be traced back to a wedding Slate and Camp went to years ago. They were sharing a hotel room with friends, and when overcome with the feelings of being squished and small, Slate started speaking in a little voice. Camp liked it and asked Slate if he could interview her in the voice and make it part of an animated video he was working on for a comedy show.

“We had written a couple of the classic Marcel one-liners. But then what gave it more depth was the question-and-answer session that we did, where Jenny was just improvising,” Camp explains. “Very quickly, because I had procrastinated doing this assignment till the last minute, I ran out to the craft stores [and] cobbled together this little character, and then animated it and edited it and screened it for an audience all within like 48 hours.”

Camp later shared the video after a member of the comedy show audience asked if he would put it online. She wanted to show her grandmother who had broken her hip. Only 400 people saw the video initially, but it soon went viral.

“Back then, there was a truly democratic process for YouTube videos going viral and it didn't happen that commonly. There [were] one or two places to find videos and people, just totally grassroots-like. ‘Hey meemaw, come look at this video that made me laugh. I think it's gonna make you laugh.’ And it got spread that way.”

Camp says he and Slate created Marcel at a time when they felt voiceless and unseen.

“We all know the feeling of … making do in a world that wasn't built for us from childhood. Marcel doesn’t see impossibility when obstacles get thrown his way, even though he's living in this outsized world, and the obstacles are huge. He doesn't take them personally. He doesn't begrudge them. And he just overcomes them.” 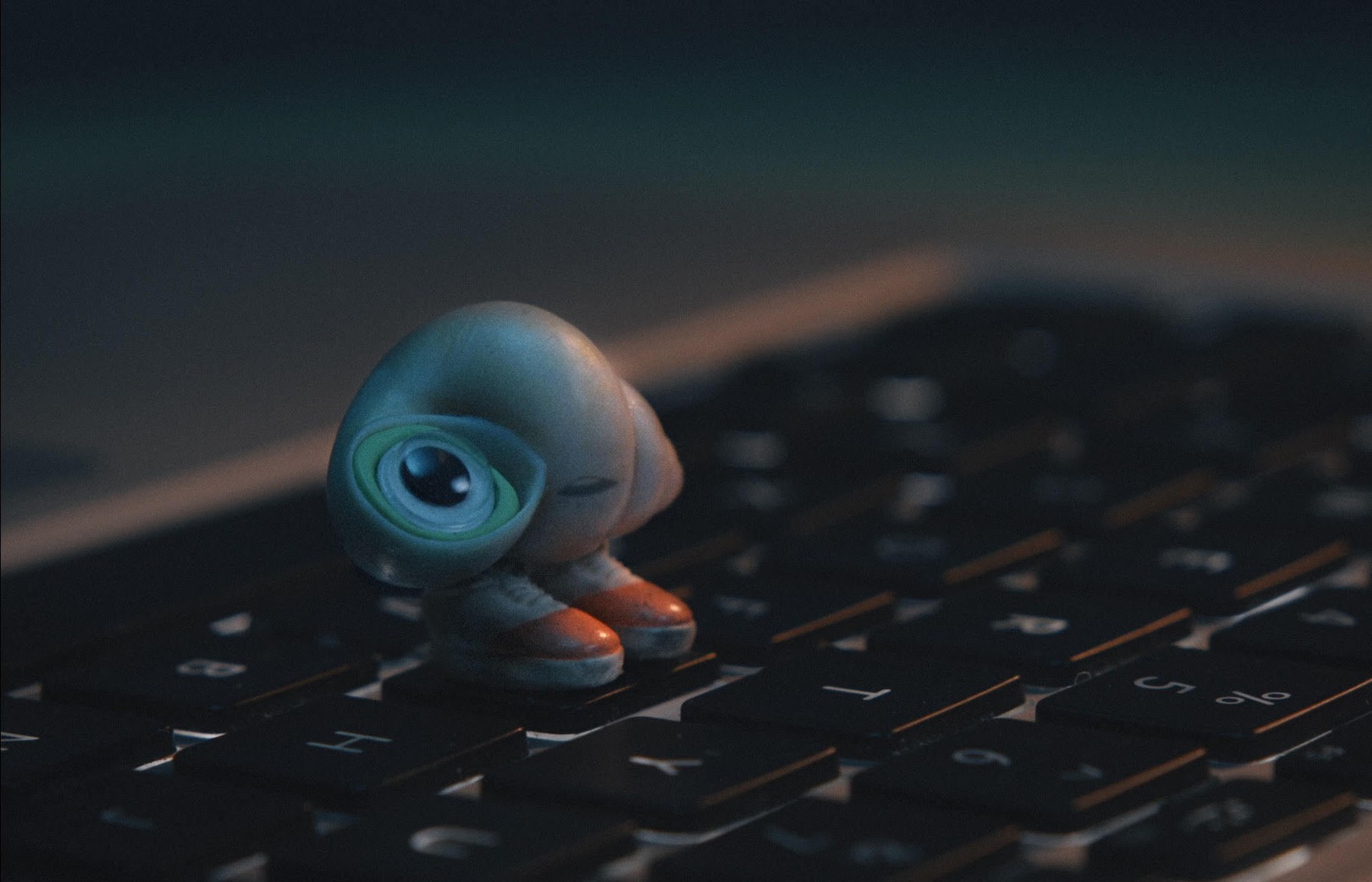 “Marcel doesn’t see impossibility when obstacles get thrown his way, even though he's living in this outsized world, and the obstacles are huge. He doesn't take them personally. He doesn't begrudge them. And he just overcomes them,” says Jenny Slate. Courtesy of A24.

Slate says she appreciates the vulnerability that comes with the role: “Marcel is really willing to show himself, but he doesn't really perform an identity. He just shows what's there. And when I'm performing him, I follow that rule. I like playing Marcel because he is a different thing. He's really capable, but he is someone whose situation is defined by his own grief.”

At the beginning of the film, Marcel is mourning the loss of his family when they move away. He decides to go on a journey to find them. He then feels let down by how large the world is.

“The audience's expectation is: ‘Okay well, he's either going to find this family — unlikely. Or he's going to not find his family — likely.’ How do you make that a surprise? And I think the way that we figured out how to turn that scene and create a revelation that wasn't expected is by him not just not getting what he wanted, but actually being completely confronted with the real size of the ambition of what he was planning.”

He adds, “Marcel is a corollary for experiences we've all had. We've all felt confident in something and then realized that we were way out of our depth, and we didn't understand the complexity or what we were asking.” 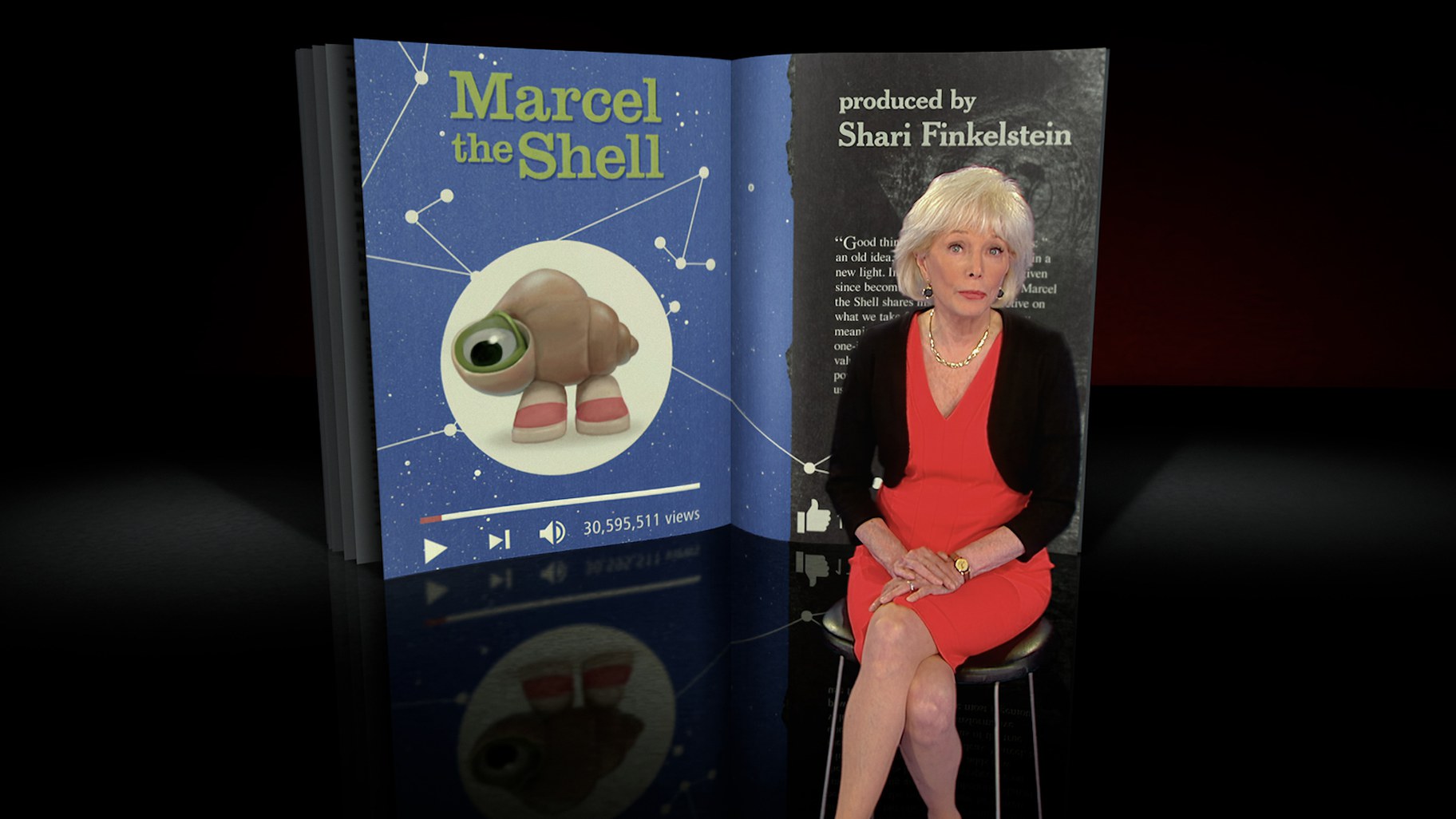 Marcel the Shell loves watching “60 Minutes” with his grandmother. During the course of the film, he is profiled by the TV program. Courtesy of A24.