For today's hardcore comedy fans, there is no shortage of ways to watch comics, from comedy clubs to TV. The internet and social media have ushered in even more new platforms and ways to find comedy content, like podcasts, online content providers like Netflix or Hulu, and websites like Funny or Die and College Humor, not to mention Twitter, Vine, and Instagram. In this month’s issue of Wired Magazine, writer Brian Rafferty asserts that we are in the midst of a comedy revolution, and that there is a new comedy economy. How are comics adapting to it? Comedians Phoebe Robinson and Brandon Johnson talk about what it's like to be funny in today's media landscape. 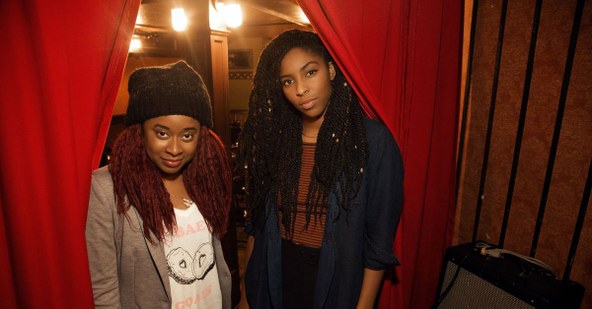 There are 34 candidates running to fill Barbara Boxer’s Senate seat, but only the top two Democrats and three Republicans will be included Monday night in the first debate...

Returning Tiny Houses to the Homeless

Elvis Summers builds houses for the homeless in L.A. Tiny houses – 6 feet wide and 8 feet long. He’s given away 37 mini-homes so far, but in February, the Los Angeles...

Murder of Honduran Activist Prompts US Congress to Question Aide

Following the murder of Honduran activist Berta Caceres, who was shot dead in her home last month, 60 members of the U.S. Congress are questioning a $750 million aid...

For today's hardcore comedy fans, there is no shortage of ways to watch comics, from comedy clubs to TV.