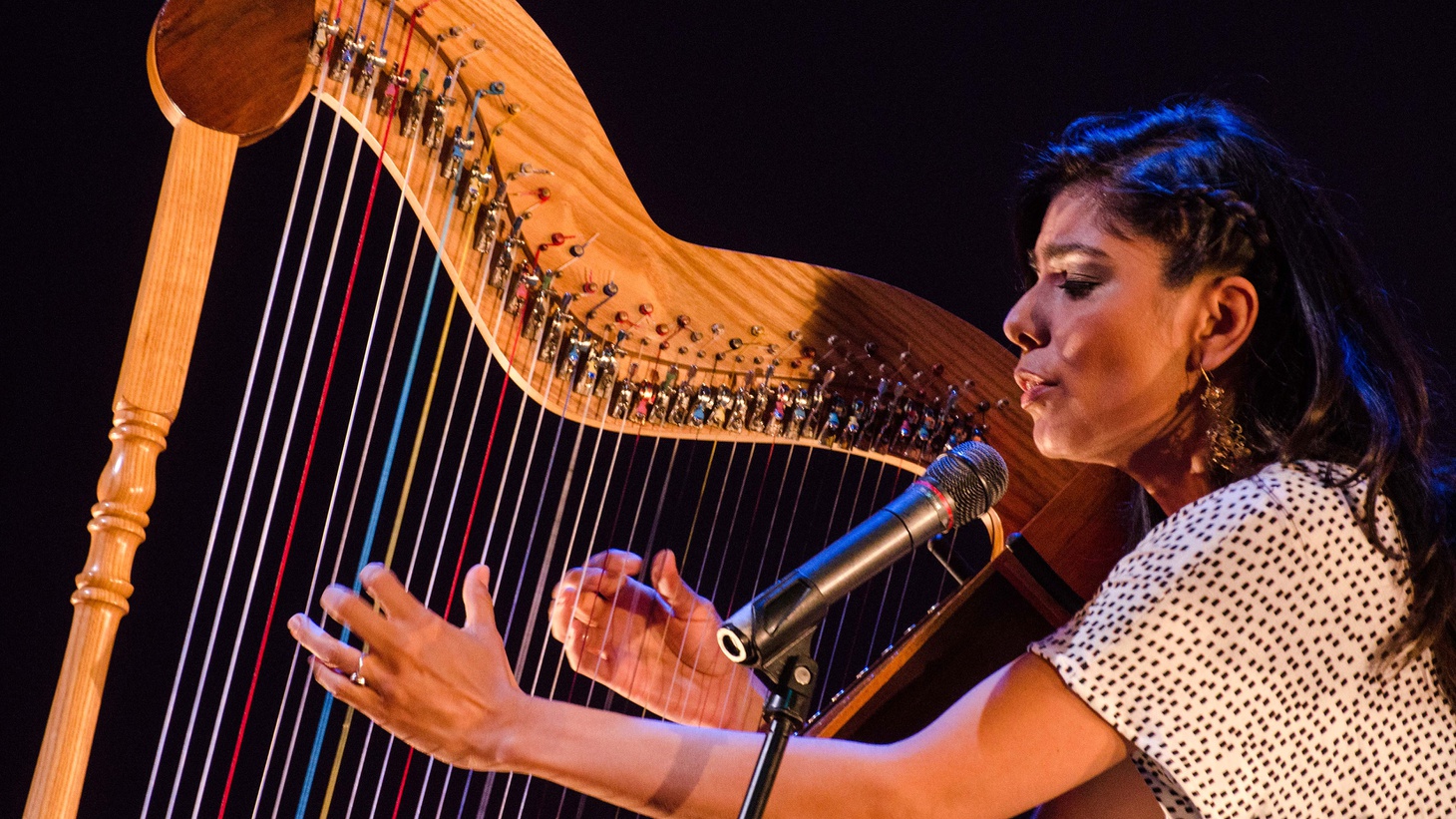 Veronica Valerio is part of Global Beat Mexico. Her song “Ayotzinapa” came out after the 2014 massacre in Guerrero. “It's a gorgeous song, but if you listen to the lyrics, you can hear she's really diving deep into what had happened the year prior,” says KCRW DJ Raul Campos. Photo by Secretaría de Cultura de la Ciudad de México/Flickr (CC BY-SA 2.0.

Check out these artists and their songs:

“He's basically a classically trained jazz musician, which is why he's … breaking those boundaries of what we would imagine to be traditional marimba playing,” says Campos.

Diaz also uses the leona, an instrument that’s uncommon in jazz. “He's really pushing those limits of what an instrument can do and really fusing with modern sounds and just mixing up the vibes. And that's really what we're trying to go for with Global Beat Mexico … these are traditional sounds but with a modern twist.”

This band is from Acapulco, and they have a tropical, romantic sound.

“This is probably her most well-known song and it was released in 2015. And this was following this pretty big massacre that happened in Guerrero in 2014. It's a gorgeous song, but if you listen to the lyrics, you can hear she's really diving deep into what had happened the year prior.”

In that case, the country's former attorney general was arrested and charged with the kidnapping and murder of the 43 students.

This song is from San’s album “Humana,” which came out in 2020. “It was funded by the government … because they're really proponents of exporting the art and the music from Mexico.”

“Don Couto is one of these guys that is really connected with … this young sound and a modern take on what is traditional Cumbia, which everybody knows and everybody dances to, and it's one of these genres of music that you still hear at parties and clubs.”