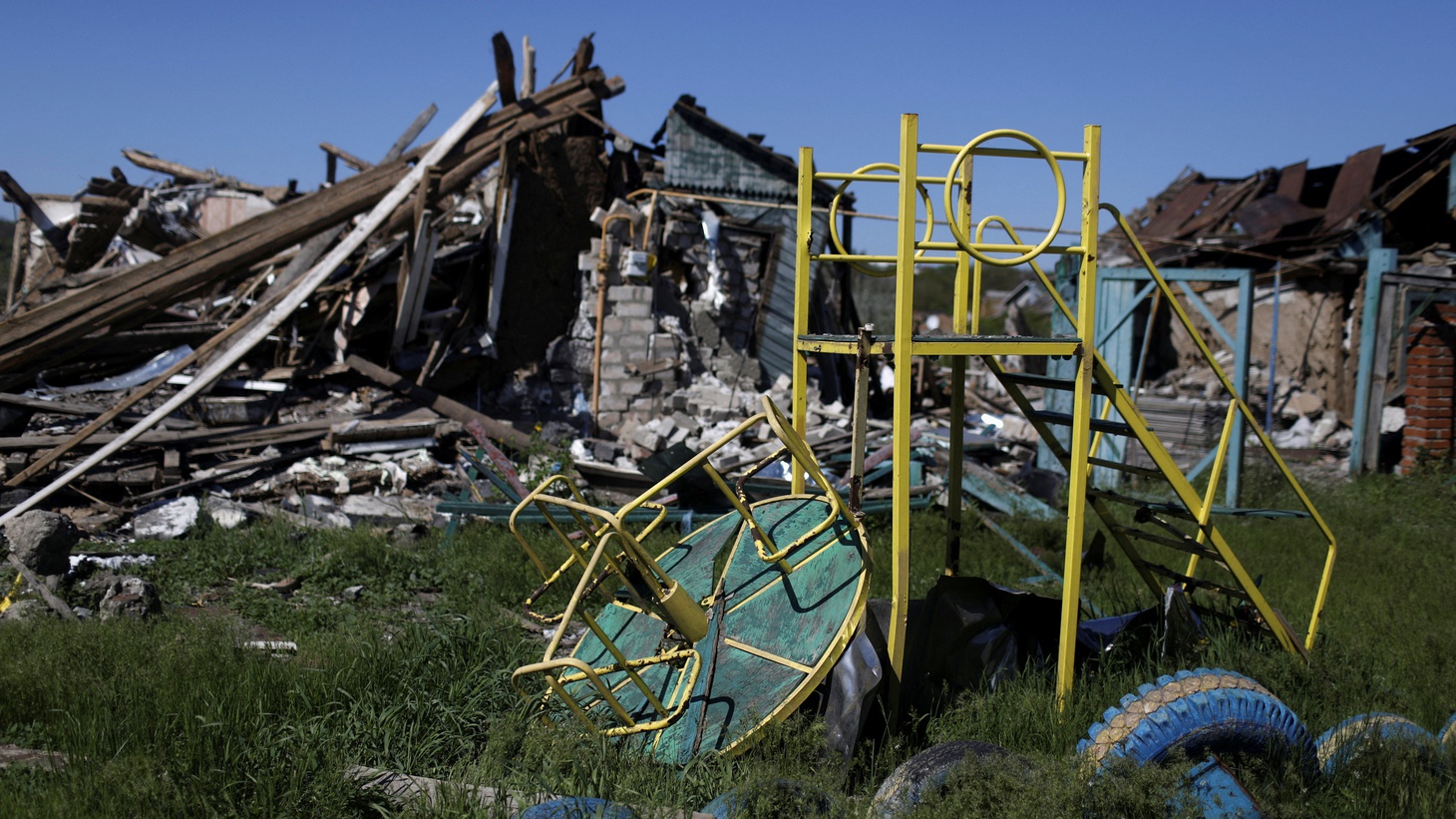 A damaged residential area is pictured in Chuhuiv, amid Russia's attack on Ukraine, near Kharkiv, Ukraine, May 5, 2022. Credit: REUTERS/Ricardo Moraes.