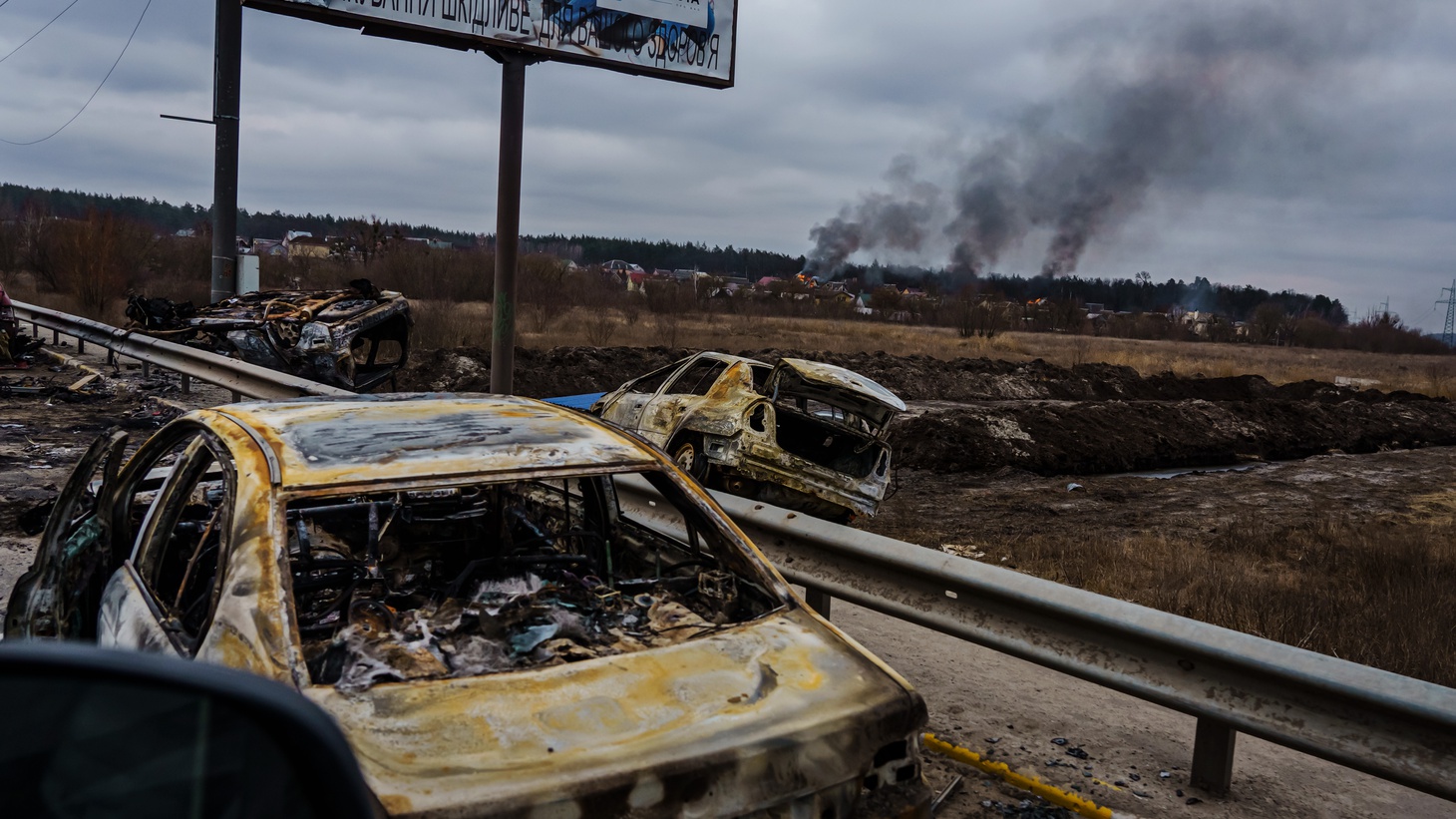 Today Russian missiles struck an apartment building, a shopping mall, and a military factory in central Kyiv. The U.N. reports that some 600 Ukrainian civilians have died since Russia started its invasion, though they say the actual death count is likely significantly higher.

Two journalists have also been killed in Ukraine in recent days – Fox News cameraman Pierre Zakrzewski and filmmaker Brent Renaud, who was on assignment for Time Studios.

Zakrzewski was a friend of Marcus Yam, LA Times foreign correspondent and photojournalist who’s also been covering the conflict in Ukraine. He knew of Renaud too. He tells Press Play that their deaths are reminders of how dangerous reporting can be.

“Pierre is a very, very, very experienced photographer and cameraman. And I never thought that would happen to somebody like him. I mean, he triples my experience, basically. And I've always gone to him for advice,” Yam shares. “In fact, I've consulted with him coming into Ukraine about security measures and exit strategies. And because he's such a good soul, he even offered me a place to shelter and a way out in case I needed it.” 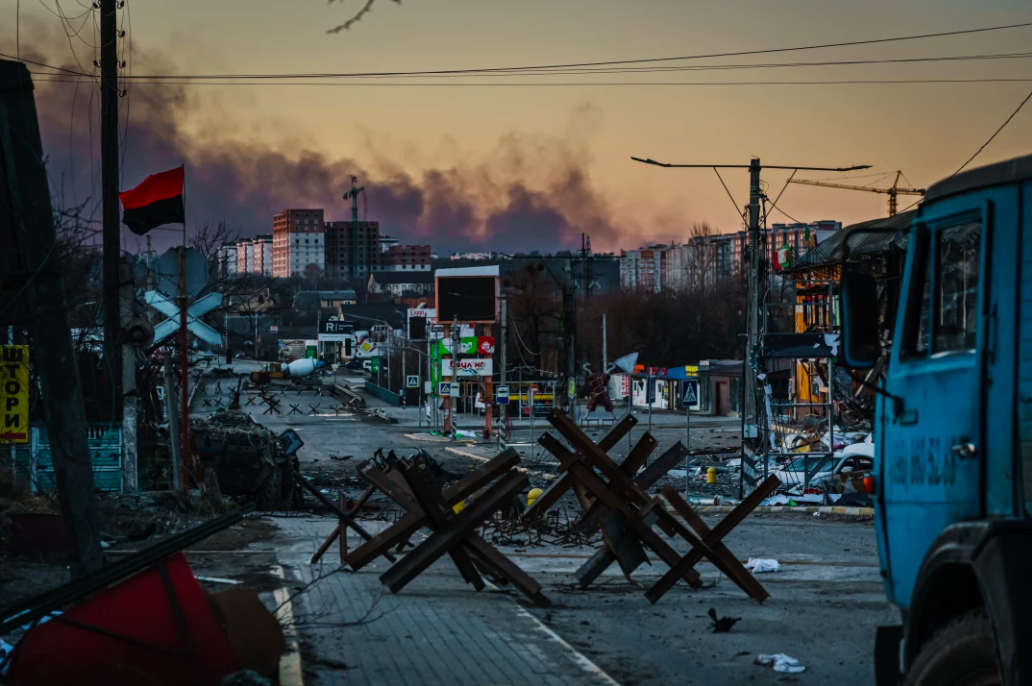 This view is near the front line in Irpin, Ukraine. Credit: © 2022 Marcus Yam / Los Angeles Times. 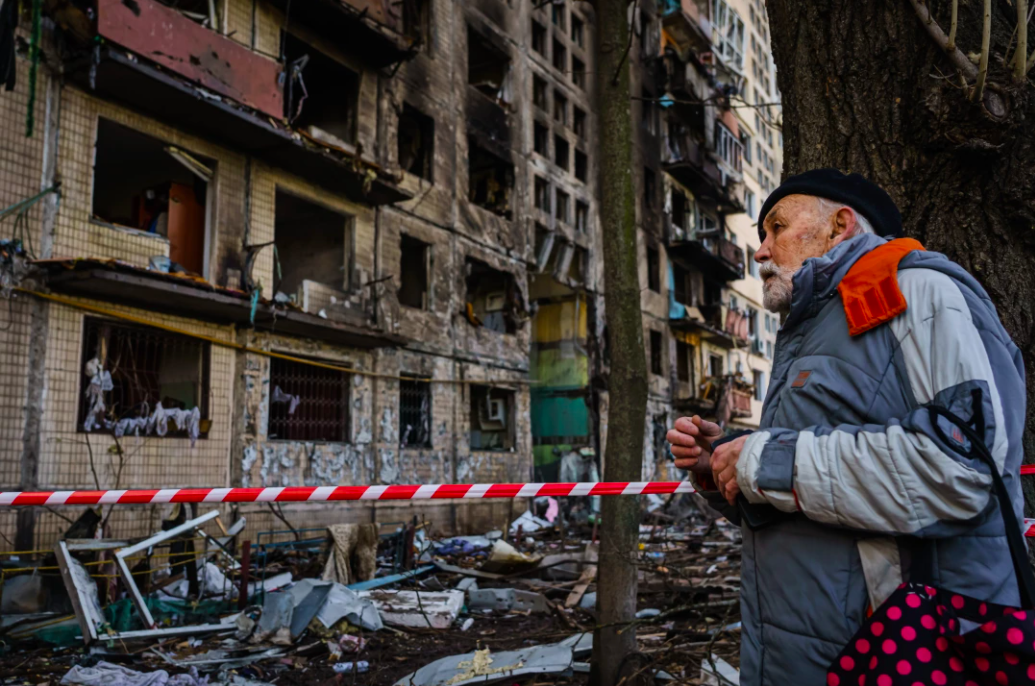 A man looks at the damage to an apartment building in the Obolon neighborhood of Irpin, Ukraine. Credit: © 2022 Marcus Yam / Los Angeles Times.

Yam’s first war assignment was in Mosul, Iraq in 2017. He’s often been asked how that experience compares with this one, but he says war is war.

“There is no life lost in Iraq that’s more or less [valuable] than the life lost here in Ukraine. The only difference I can see between the wars are where it's fought and why it's fought. … The conflicts I’ve been in the past have been conflicts of insurgencies, rebellions, uprisings, civil wars, but never formally between two countries.” 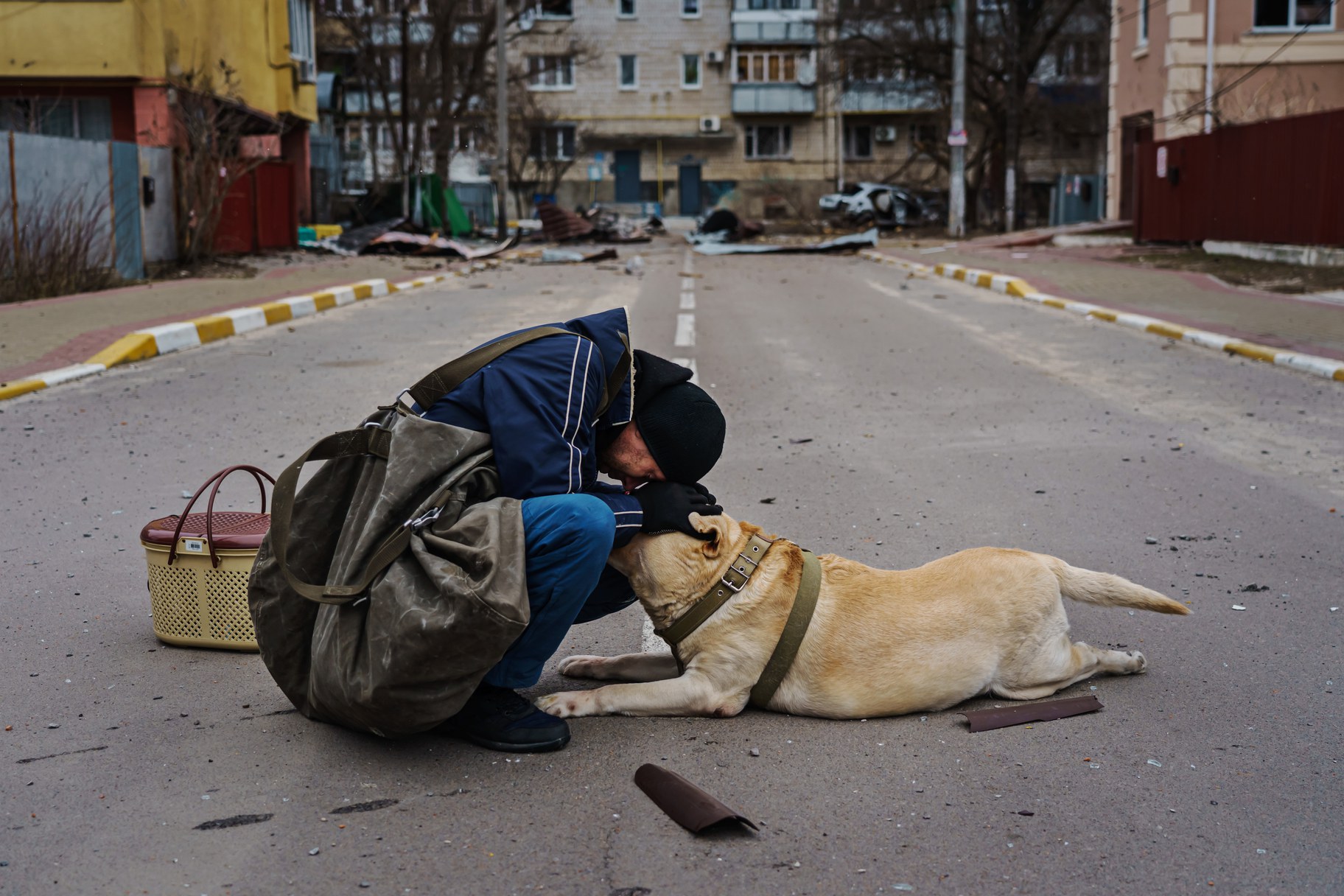 Andrei Kulik tries to comfort a dog who refused to move after a neighborhood was bombed in Irpin, Ukraine. Credit: © 2022 Marcus Yam / Los Angeles Times.

Three weeks into this conflict, Yam is now located in Kyiv, and he says the capital city has had time to fortify its defenses, move its military assets around, enlist volunteer fighters to secure checkpoints.

“Russian forces are inching ever so slowly towards the city. … I feel like they are playing a game of Battleship … where they're launching rockets and artilleries, and it's just bombardment on both sides basically,” he describes.

But he says Russia isn’t using its full military might yet, which is worrisome. 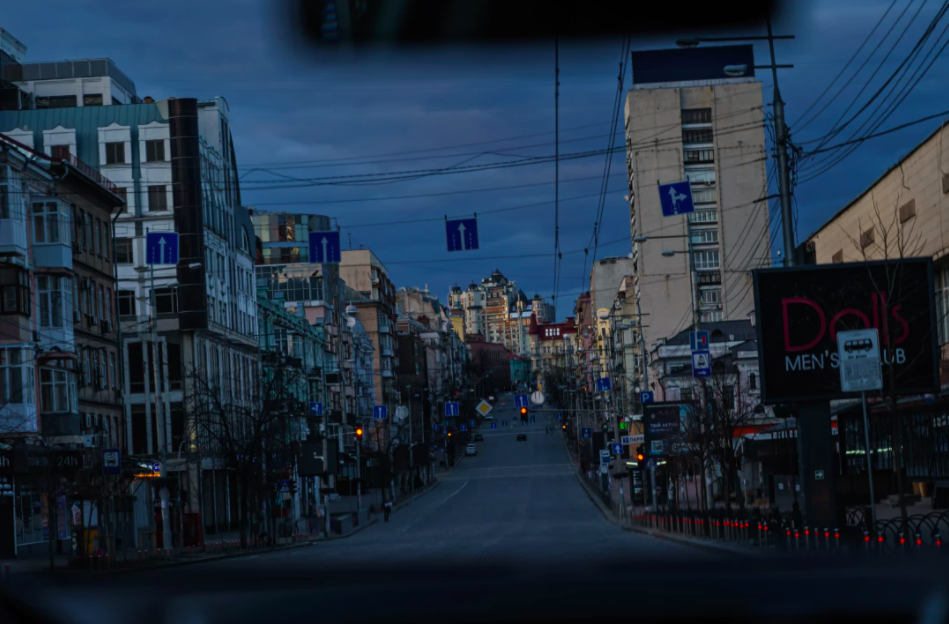 Kyiv is now under curfew from 8 p.m. to 7 a.m., and Yam says the city is pitch black at night.

“It's very eerie. In some parts of Kyiv, it feels like there's a blackout. And you don't hear anything. Sometimes I would walk past a checkpost unknown to me, not seeing anybody. And all of a sudden you see a soldier standing in the darkness, demanding your documents, asking where you're from and who you work for and all that stuff. And it's clear that I'm a foreigner and I'm a journalist, but they won't take your word and they will check everything. So the mood right now is tense.” 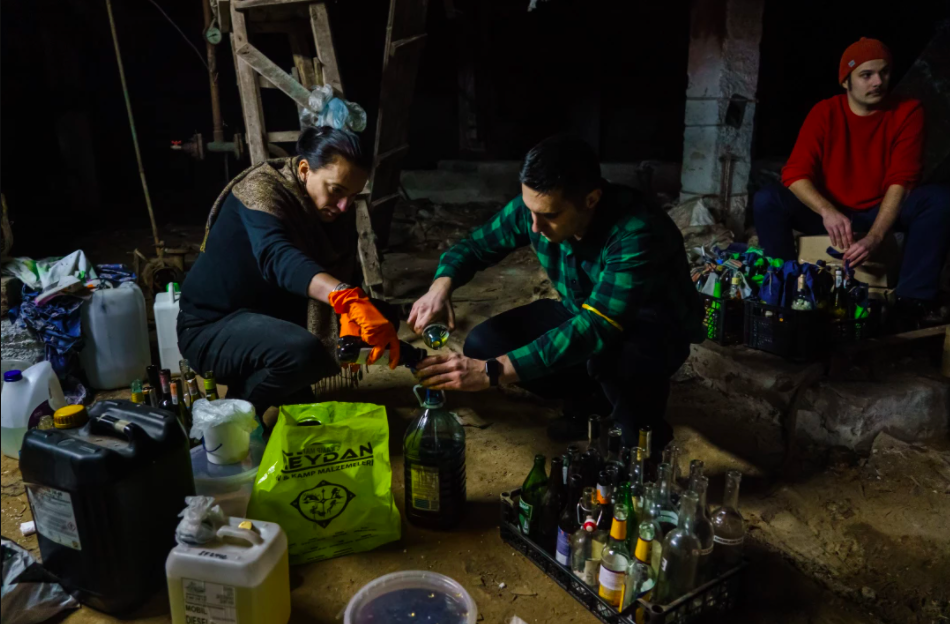 Recently, he came across the remains of a firefight and found the body of a man. Yam says he was slumped over to the side.

“There was a clear wound, [a] headshot to his head as though he was executed in cold blood. I have no details other than that. I just made as much documentation as I can possible. And it was just awful. This man is in civilian clothing. On that day, I saw several dead civilians laying around in the open from gunshot wounds.” 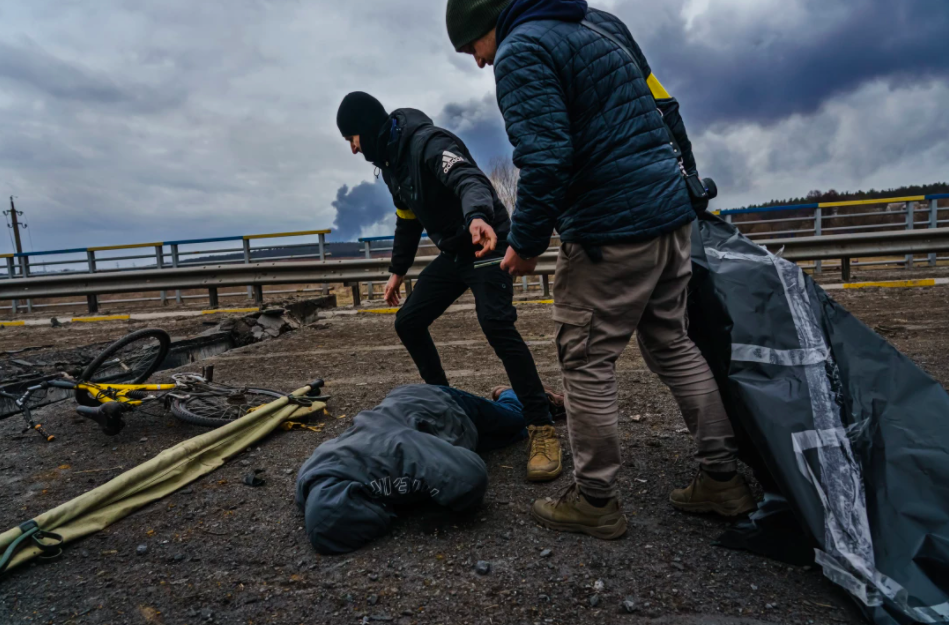 The sight is hard to swallow, but Yam says he has to remind himself that through his work, he can show the world what’s happening in Ukraine.

“I try not to photograph their faces … if at all possible. I just feel like there always has to be a dignified way to photograph these horrific scenes without possibly traumatizing their loved ones who could see this. But also remembering that these are the reality of wars. Americans and the world need to see the horrors of this violent chaos. I feel like if we saw this, we would understand and not be so quick to wage war.” 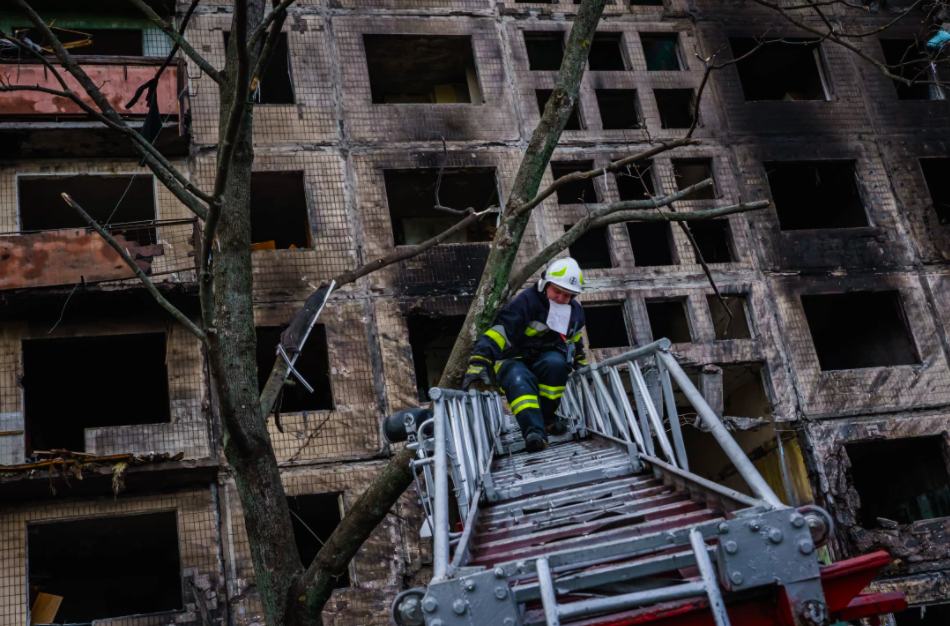 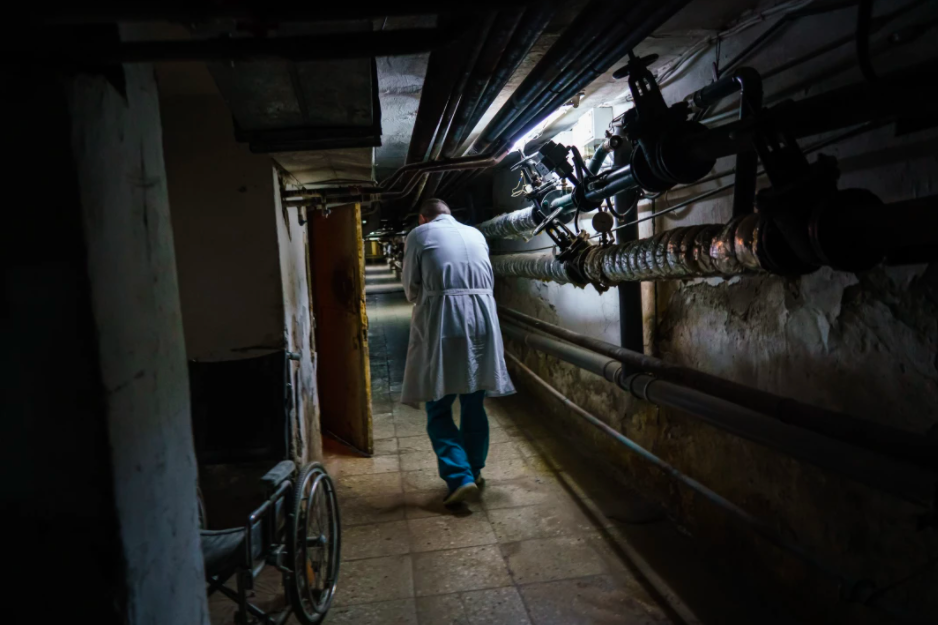