Written by Danielle Chiriguayo, produced by Brian Hardzinski May. 25, 2022 Entertainment 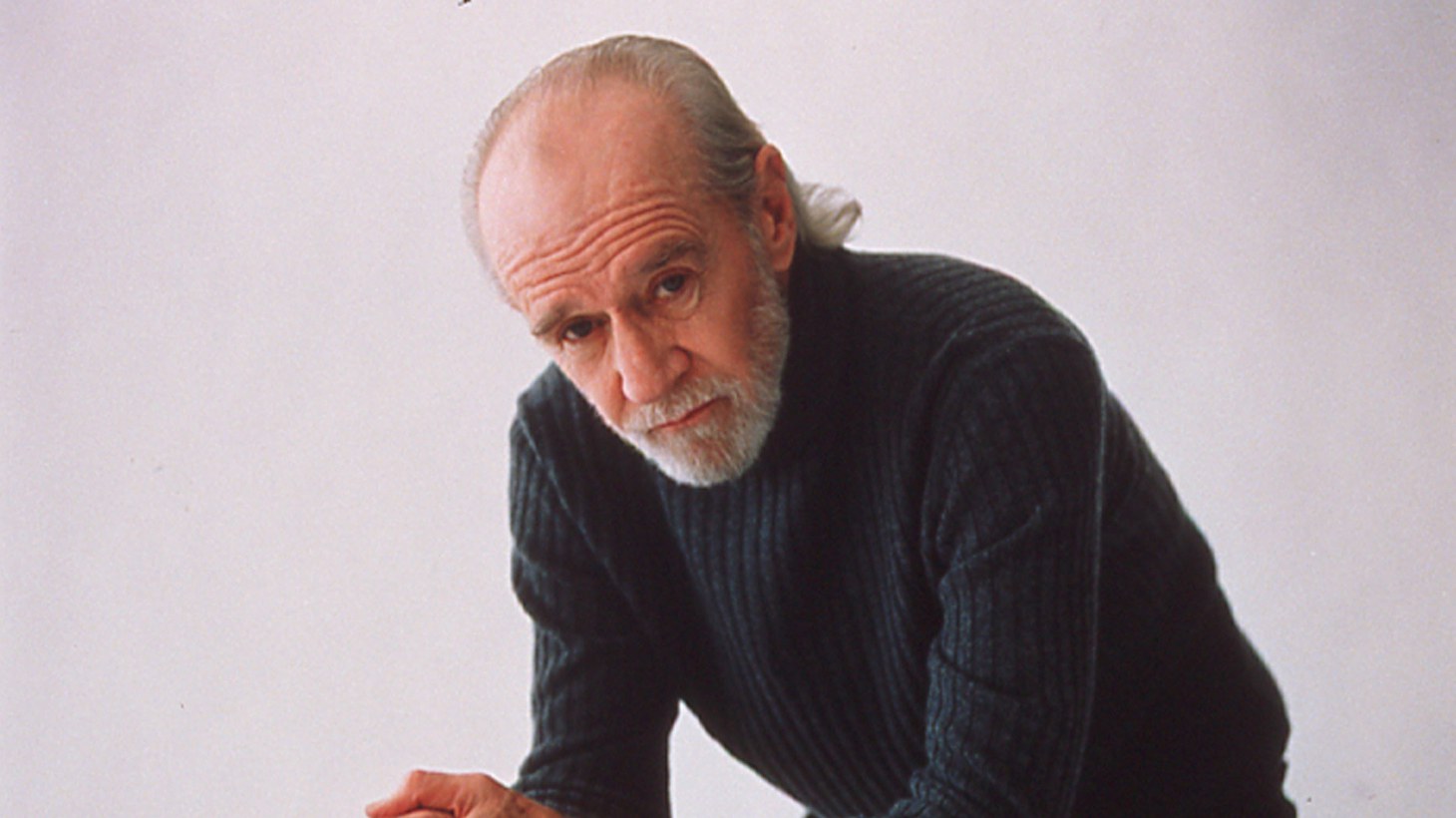 George Carlin died in 2008, but Judd Apatow says much of what Carlin says rings true today. “As a young person, hearing those types of routines, it turns you into a critical thinker and you start looking at everything around you and thinking, ‘Oh, I better think twice about this because there may be some BS here that I need to pay attention to,” says Apatow. Photo courtesy of George Carlin’s Estate/HBO.

Amid the news of the leaked Supreme Court opinion that would overturn Roe v. Wade, a 25-year-old George Carlin’s routine — about abortion, the death penalty, and more — went viral. Known for his caustic social and political commentary, his comedy is the subject of a new HBO documentary called “George Carlin’s American Dream.” KCRW talks to its directors Judd Apatow and Michael Bonfiglio.

Carlin died in 2008, but Apatow says much of what Carlin says rings true today. He says his intentions as a comedian were to not only entertain, but  to let people know he was thinking.

“He warned people about the danger of neglecting the environment. He told people about financial interests controlling the government and controlling the media and thought. He certainly talked a lot about the fight against women having the right to choose,” Apatow tells KCRW. “I think the reason why he says it's called the American dream is because you have to be asleep to believe it. … He always felt like people were numbed out and distracted by gizmos and phones that will also make you pancakes. The powers-that-be want everybody numb and not paying attention so they can steal all the money.”

Bonfiglio says Carlin originally wanted to be a movie star, idolizing actors like Danny Kaye and Bob Hope. But after meeting Jack Burns, he realized he wanted to be a jokester too. After working together for a time, Carlin branched off and experimented with political humor, focusing on nepotism in then-President John F. Kennedy’s administration and the KKK. It wasn’t a hit and he pivoted to comedy that was friendlier for TV. Eventually, he realized that wasn’t right for him.

“As the culture was dividing, he identified more with the counterculture. He was anti-authoritarian. He was a real rebellious soul. And so he changed his appearance and his act and grew his art into something new,” Bonfiglio explains.

A defining moment in Carlin’s life happened when he did a routine in Wisconsin about the seven dirty words you can’t say on television. Apatow says he was arrested for creating a disturbance, but later let off the hook.

A recording of the filthy words monologue, however, sparked a lawsuit that eventually went to the Supreme Court.

“They decided that edgier content should be played later at night when children are not listening. I think what's funny in retrospect about that is every kid in the world right now has YouTube and TikTok. And they watch anything they want every second of the day. And all of those issues about ‘Oh, no, put the dirty stuff on after 10 p.m or 11 p.m.’ are completely meaningless.”

Apatow says he started consuming Carlin’s stand-up comedy when he was about 10 years old. He was especially drawn to Carlin’s use of curse words because as a kid, he didn’t understand the big deal about gatekeeping language.

“I always thought it was ridiculous that adults thought I couldn't hear certain words. And it became part of how I learned what comedy was — the way he broke that down and attacked all these hypocritical ideas about taking care of kids, when really it's about controlling kids and making sure kids don't challenge adults,” Apatown explains.

He adds, “As a young person, hearing those types of routines, it turns you into a critical thinker and you start looking at everything around you and thinking, ‘Oh, I better think twice about this because there may be some BS here that I need to pay attention to.’” 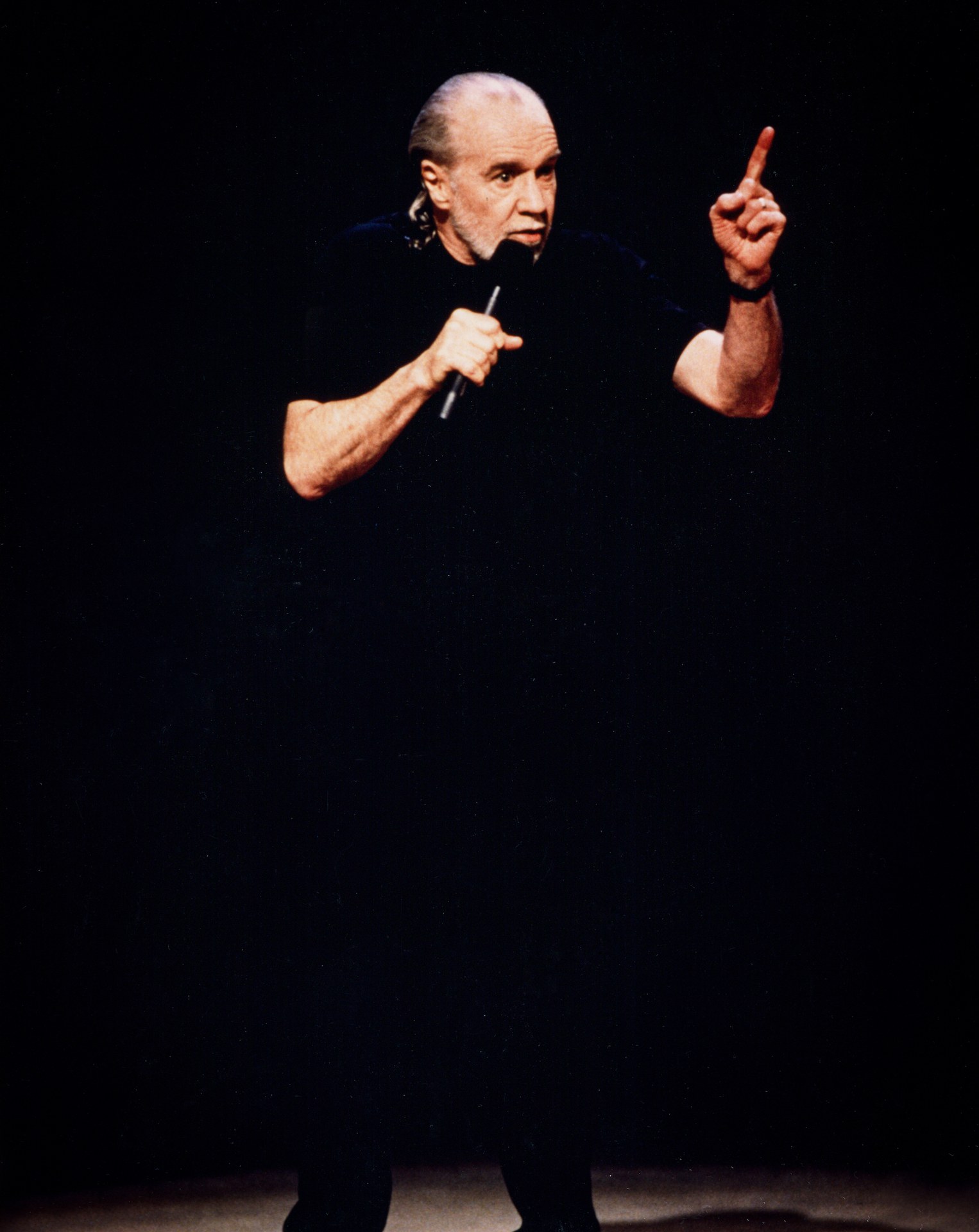 Bonfiglio points out that comedians can sometimes influence societal thinking, but maybe they get too much credit.

“Even though George is looked at as this great philosopher and everything, he was a comedian first. And some of his material, if you break it down a little bit further and you take away any of the comedic elements of it, the argument doesn't necessarily hold up. And [with] most comics, job one is to make you laugh. We wanted to include [in the documentary] that point of view, to say, ‘Hey, maybe comedians aren't necessarily the main source of truth. Sometimes maybe we put too much importance on the role of the comedian.”

Growing up, Carlin endured a lot of trauma. His mother ran away to get a divorce, leaving him and his brother with his alcoholic father. He also watched his father abuse his brother.

Later in life, Carlin met Brenda Hosbrook, who was working at a Midwestern club where he performed. The two fell madly in love, got married, and very quickly had a child, Kelly. Apatow says the marriage was contentious.

“It's a story really of its time. He was a road comedian. They were broke. His career really wasn't going very well and she wound up home alone, raising a child, being very lonely, and also not having the ability to pursue her own dreams. And in a lot of ways, it affected her very deeply and led to her becoming an alcoholic. Then he becomes a big star, and he has his own addictions — cocaine.”

Eventually, the two got clean, but it affected their daughter. In the documentary, Kelly tells a story about how Brenda threatened Carlin with a knife while on a trip to Hawaii, and she broke down.

“I was like, ‘I cannot take this anymore. This cannot go on like this. I cannot handle any more of this.’ And I wrote out this document and it was like this U.N.-style peace treaty, and it was like, ‘I, George Carlin, will not snort cocaine for the rest of the vacation. I, Brenda Carlin, will not drink alcohol for the rest of the vacation. I made them sign it,” Kelly says in the documentary.

Apatow says the trauma Carlin endured set the foundation for his anti-authoritarian comedy.

“It certainly would plant the seeds of distrust of authority if the main authority figure in your life was your father, and he was beating up your brother when he was as young as 2 years old. That would make you take a second look at everything. And I think he didn't like what he was hearing at church,” Apatow explains. “He wasn't having the feelings that they were telling him he was supposed to have. And he didn't appreciate being told he was wrong because he didn't have faith and didn't feel that faith. And I'm sure that’s part of why his comedy became about questioning things.”

As he got older, Bonfiglio says Carlin’s work got more and more cynical. He thinks it’s because Carlin wasn’t seeing the changes in the world that he hoped for. At the same time, Bonfiglio says those years were also some of his happiest  — he fell in love again and remarried.

“He had a very nice personal life, and he had a lot of happiness and contentment. But on stage, [he felt] anger and frustration, and really disappointment in the choices that human beings continuously make. As he said, choosing property over people and competition over cooperation. And I think he was ultimately really just disappointed and let down by his fellow human beings.”

After Tuesday’s mass shooting in Uvalde, Texas, that took the lives of 19 students and two educators, LA’s Rabbi Steve Leder explains why there’s still hope in this dark...

Democrats tend to push for gun restrictions and assault rifle bans, while Republicans say it’s better to boost school security and/or arm teachers. What would effectively...

George Carlin was known for his brash humor and political commentary. He’s the subject of Judd Apatow and Michael Bonfiglio’s new HBO film.