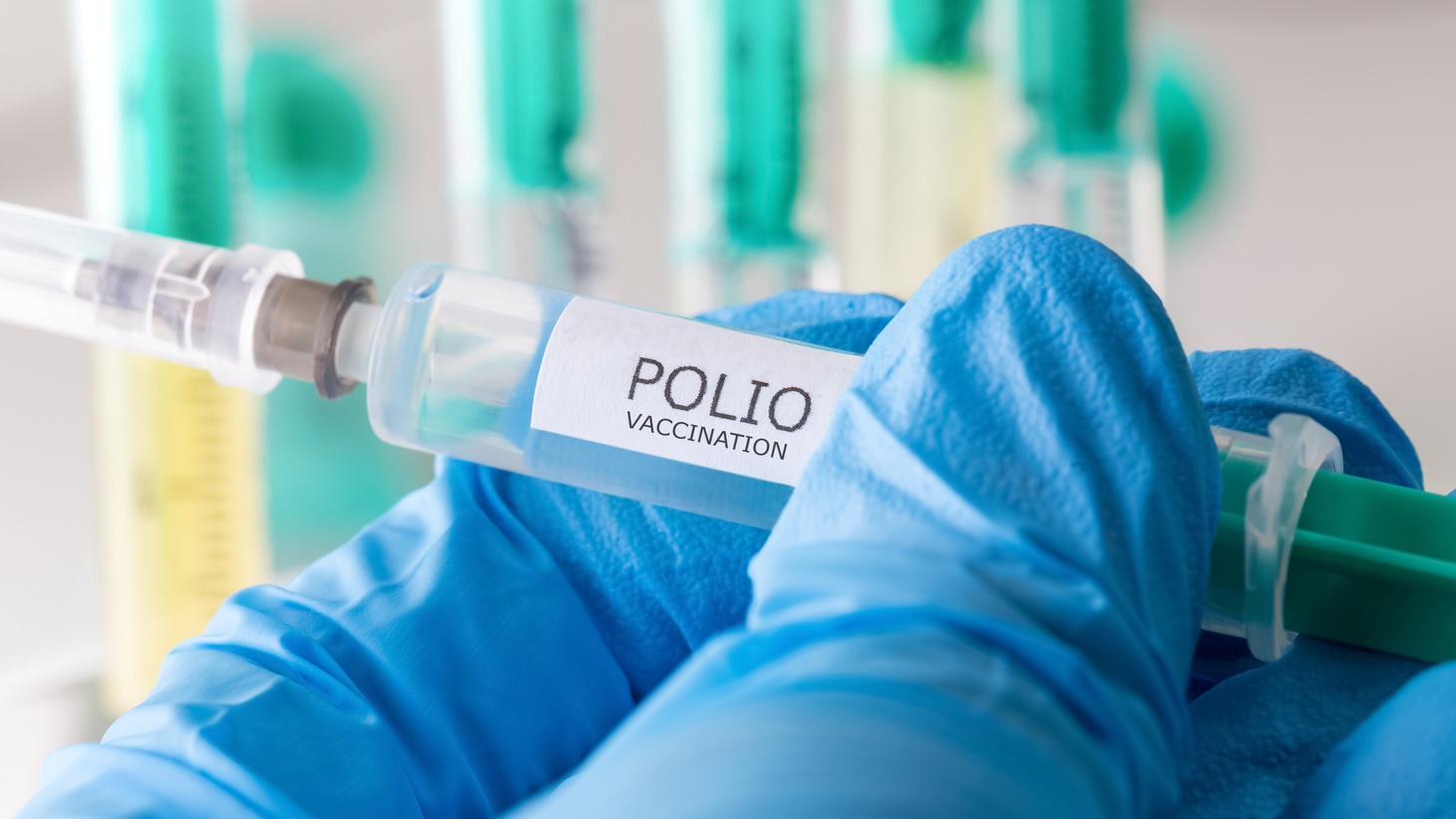 “If polio increases in incidents in the U.S., at least right now in New York, they're thinking about whether or not they should boost some individuals. Typically we don't boost anyone later on in life — although immunity does wane — except if you're moving to, or traveling to, an endemic country, which is Pakistan, Afghanistan and Nigeria,” says UC San Francisco infectious disease specialist Dr. Peter Chin-Hong. Photo by Shutterstock.

The polio virus is in New York City’s wastewater, according to health officials there. A case was reported last month in nearby Rockland County, marking the first case of polio in the U.S. since 2013. Officials say a 20-year-old man — who was unvaccinated against polio — traveled to Poland and Hungary, and was hospitalized in June for the virus. However, the CDC says most Americans are vaccinated because the shot is part of the childhood immunization schedule.

He says he’s afraid because of two things. “The first is that during COVID … we've had the lowest rates of immunization for three decades of childhood immunizations. Because it was hard for people to get to the office, etc. And they may not have caught up. And the second reason is because of the hesitancy of some parents towards the new vaccines, like the COVID vaccines. It's extending to other vaccines that we've taken for granted, that we have no problems taking, and polio is amongst them.”

Chin-Hong says that people who are vaccinated against polio shouldn’t worry about catching the virus, but there needs to be strong herd immunity to protect entire communities.

“In general, you're good for life because the rest of the community is protecting you. However, if polio increases in incidents in the U.S., at least right now in New York, they're thinking about whether or not they should boost some individuals. Typically we don't boost anyone later on in life — although immunity does wane — except if you're moving to, or traveling to, an endemic country, which is Pakistan, Afghanistan and Nigeria.”

If infected, Chin-Hong says about 90% of people don’t exhibit symptoms. But about 10% can develop fatigue, headaches, and vomiting about a week after exposure. He notes that about 1 in 1000 develop the infamous polio paralysis, which is untreatable.

At its height in the 1950s, polio infected nearly 60,000 people, primarily children, and more than 20,000 people developed paralysis, Chin-Hong says.