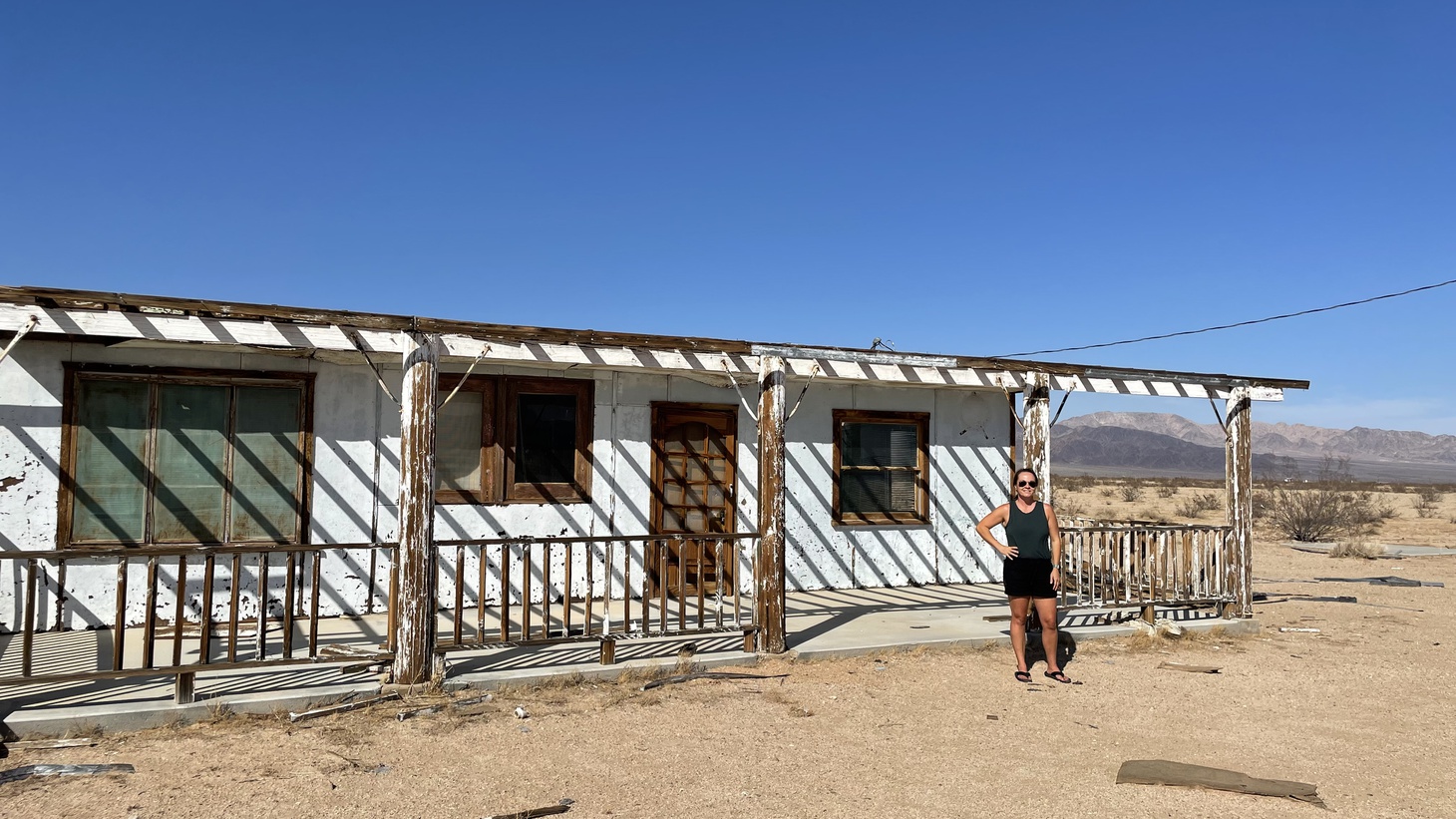 LA Times reporter Melody Gutierrez grew up in a 700-square foot homestead on five acres near Twentynine Palms in Wonder Valley. Her family left due to a precarious and predatory financial situation in the late 1990s. She just visited the now-abandoned and dilapidated structure for the first time in 25 years.

“I was visiting my parents who still live out there in Wonder Valley, and I had never driven down those streets back towards the original house that we lived in as a young child. And I had rented a car that had four-wheel drive, and we had a little extra time. So we decided on a whim to just swing by the house, thinking we would look at it from afar, assumed that there would be somebody living in it, and that it would just be a quick trip down memory lane. And that's not what ended up happening,” she tells KCRW.

She describes the house as having two bedrooms and Jack and Jill-style bathrooms. She particularly remembers the vast desert surrounding it.

“It almost felt like the entire desert was mine because many of the adjacent properties were also deserted and had old homesteads on them. And so as a kid, I would walk up and look in these old homesteads, and take pictures for my photography class, and just absolutely think about who used to live in this.” 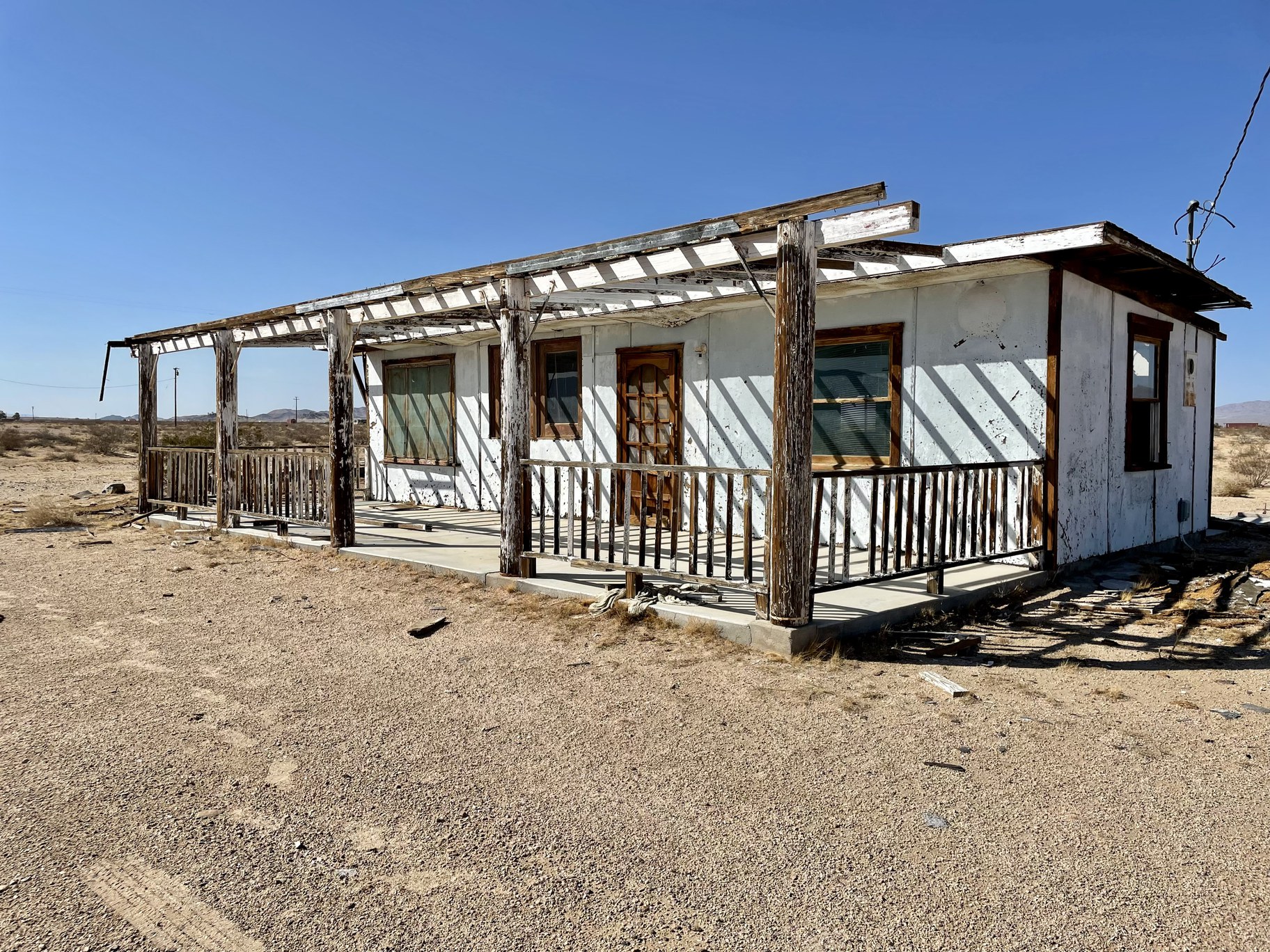 “It almost felt like the entire desert was mine because many of the adjacent properties were also deserted and had old homesteads on them. And so as a kid, I would walk up and look in these old homesteads, and take pictures for my photography class, and just absolutely think about who used to live in this,” says Melody Gutierrez. Photo by Melody Gutierrez/LA Times.

She says when she returned as an adult, her house looked like the old homesteads she used to walk up to, with the roof caving in and debris all over the floor.

“It looked like the desert had just absolutely weathered this house, and practically knocked it down. … A significant wind could actually topple it at any moment.”

When walking in, she says the roof was sagging down, a large hole was in the exterior of the closet she used to share with her siblings, her old Barbie doll was on the ground, and the kitchen was vandalized and aged. 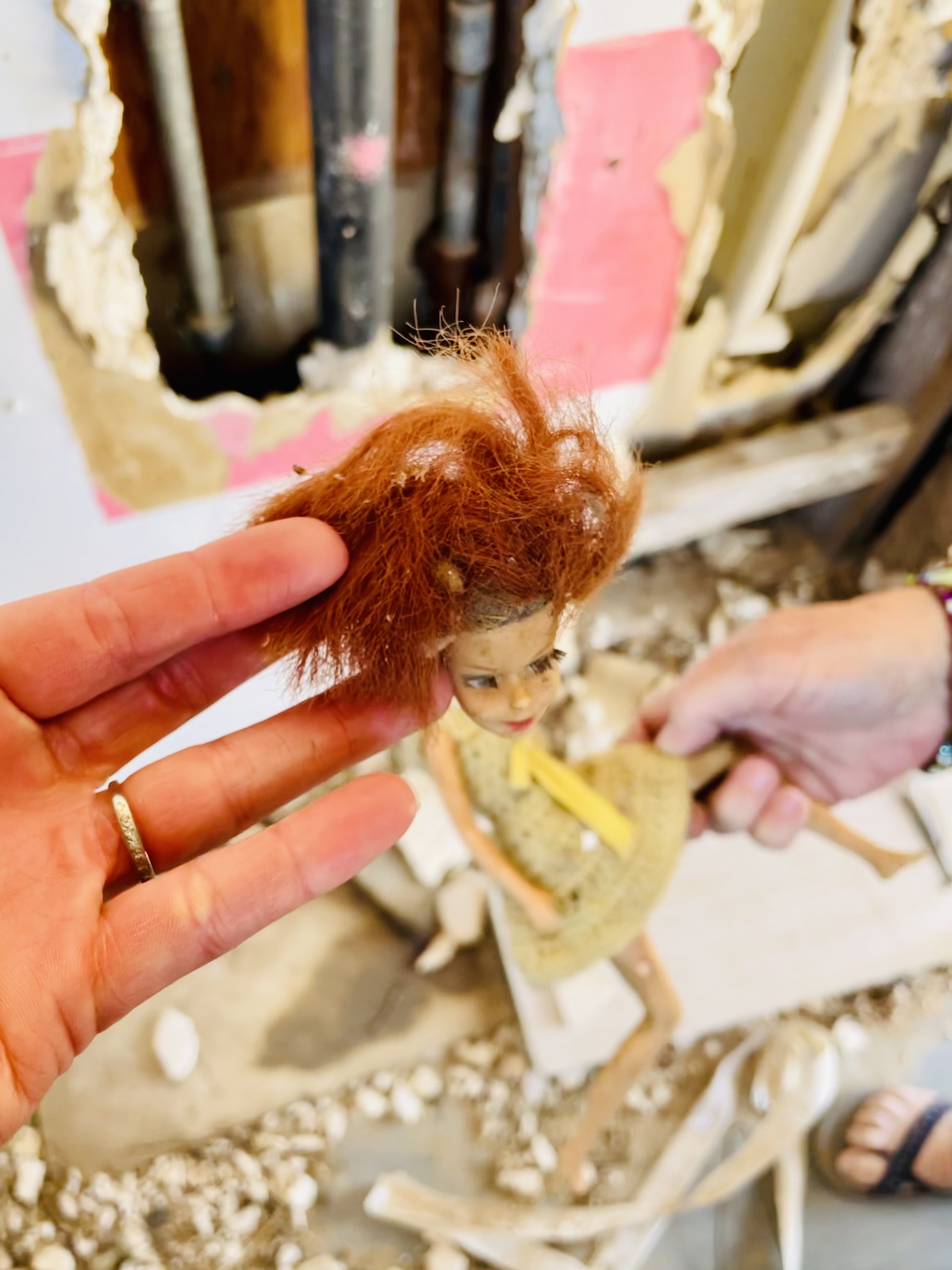 Melody Gutierrez found her old Barbie doll on the ground when she visited her childhood home for the first time in 25 years. Photo by Melody Gutierrez/LA Times.

“But it was very much still the house that we had left. And that was shocking to us because we just had assumed, having lost the house, that it would have changed hands, and there would have been many families in the years since,” she says.

Part of growing up is having more clarity, she points out.

“There were times when I was writing something, and I'd be like, ‘God, I wonder if I could even do that today as an adult,’ like the idea of having to take those short showers, and hardly flush. And thinking of like, as a parent now, you're doing the dishes, even when you're having to watch how much water you use. There's so many parts of my life today that are so different and so much easier because of what I went through.”

CDC admits it was too slow to respond to COVID, monkeypox

How will the CDC change to prevent future public health crises? And how is the U.S. addressing monkeypox outbreaks and vaccine availability?

The LA Times’ Melody Gutierrez grew up in a 700-square foot homestead in Wonder Valley. She just visited the now-abandoned and dilapidated structure for the first time in 25...

Critics review new movies: “Beast,” “Spin Me Round,” “The Immaculate Room,” and “The Territory.”

Putting together appetizers is a great way to use pantry ingredients and clean up the condiments cluttering the fridge, including hot sauces, pastes, pickles, and more.