The Glen Canyon Dam is an enormous structure located near the Utah-Arizona border about twenty miles north of the Grand Canyon. It was built to harness and store Colorado River water for surrounding states, and to generate clean energy to power the region. It stands as a symbol of twentieth century ingenuity, a feat of engineering that allowed towns to thrive in the desert. But in the reality of today's ongoing drought, with water levels at historic lows, not just at Lake Powell behind Glen Canyon Dam, but in Hoover Dam's Lake Mead as well, there's an effort underway to combine the two dams into one. The end result could save 179 billion gallons of water a year, enough for a large population city like Los Angeles. 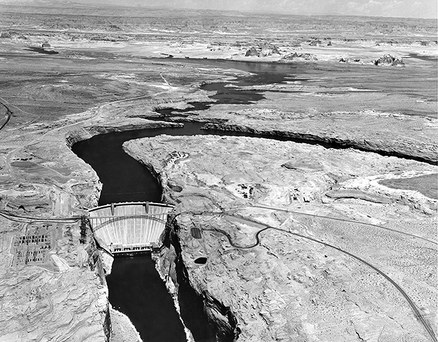 Who's Supporting Trump? From Hollywood Celebs to the Kochs

Which Hollywood Celebs Support Trump, and Who's Willing to Admit It?

The Koch brothers have been big contributors to Republican candidates and causes for many years, but the one candidate they've said they will not get behind is Donald Trump....

Turned Off by Trump, Kochs Focus on Local Elections

Billionaires Charles and David Koch raised $400 million four years ago in a losing campaign against the reelection of President Obama. This year, the Kochs pledged to raise...

The Los Angeles Unified School District has been plagued in recent years by a series of teacher sexual misconduct cases. As a result, the nation's second largest school...

For years, city leaders have been trying to turn downtown LA's Grand Avenue into a vibrant urban center. But the centerpiece piece of that vision has gone unrealized: a pair...

The Glen Canyon Dam is an enormous structure located near the Utah-Arizona border about twenty miles north of the Grand Canyon. It was built to harness and store Colorado...