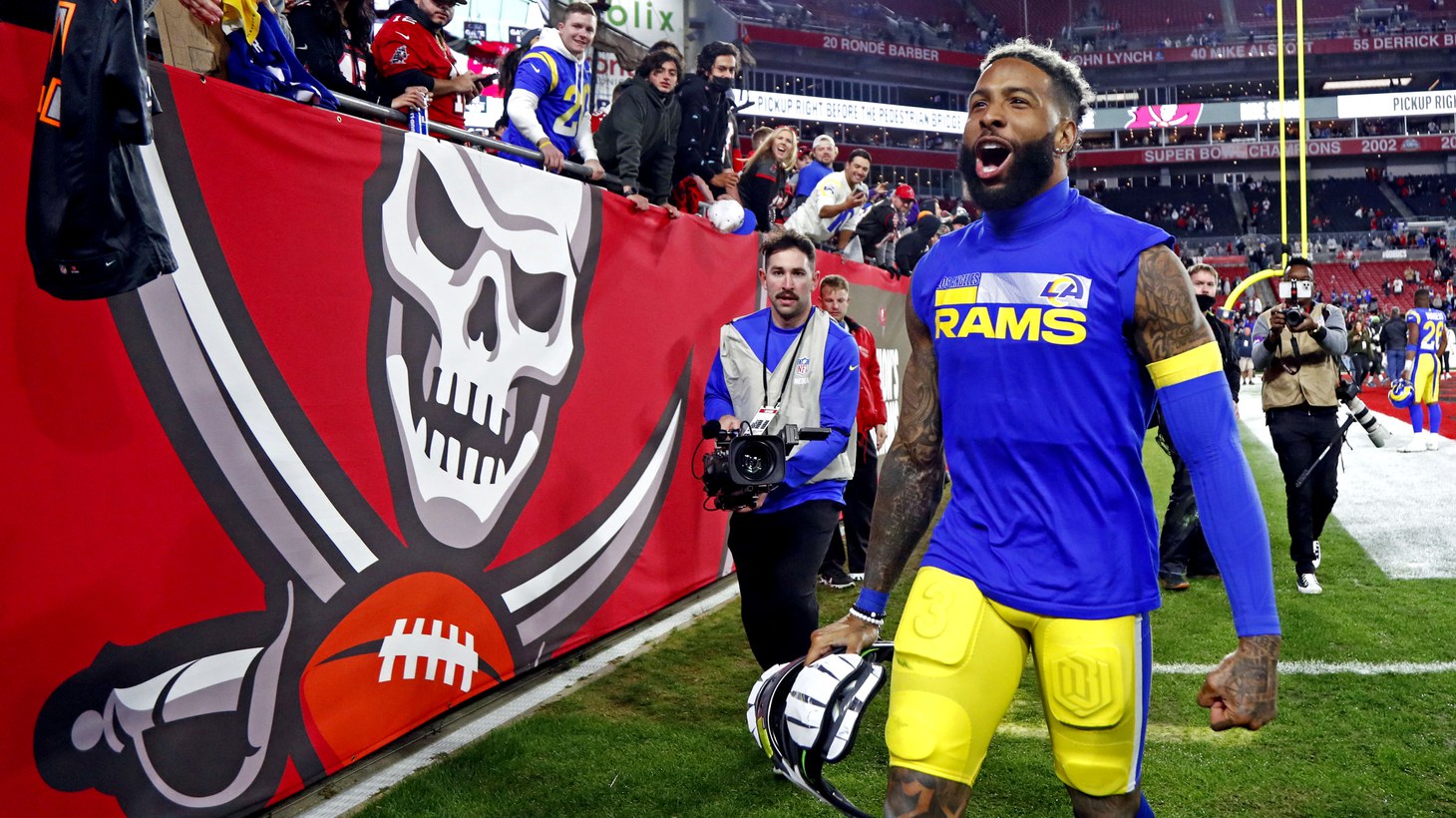 The Los Angeles Rams and San Francisco 49ers will square off Sunday at SoFi Stadium after a weekend of nail-biting games that will help decide who will go to the Super Bowl. Both teams won on last-minute field goals. The 49ers beat quarterback Aaron Rogers and the heavily favored Green Bay Packers, while the Rams held off a comeback from Tom Brady and the Tampa Bay Buccaneers, denying last year’s Super Bowl champions another appearance at the big game. But there’s already controversy over this weekend’s matchup — the Rams announced they’ll only sell tickets to people with LA-area zip codes.