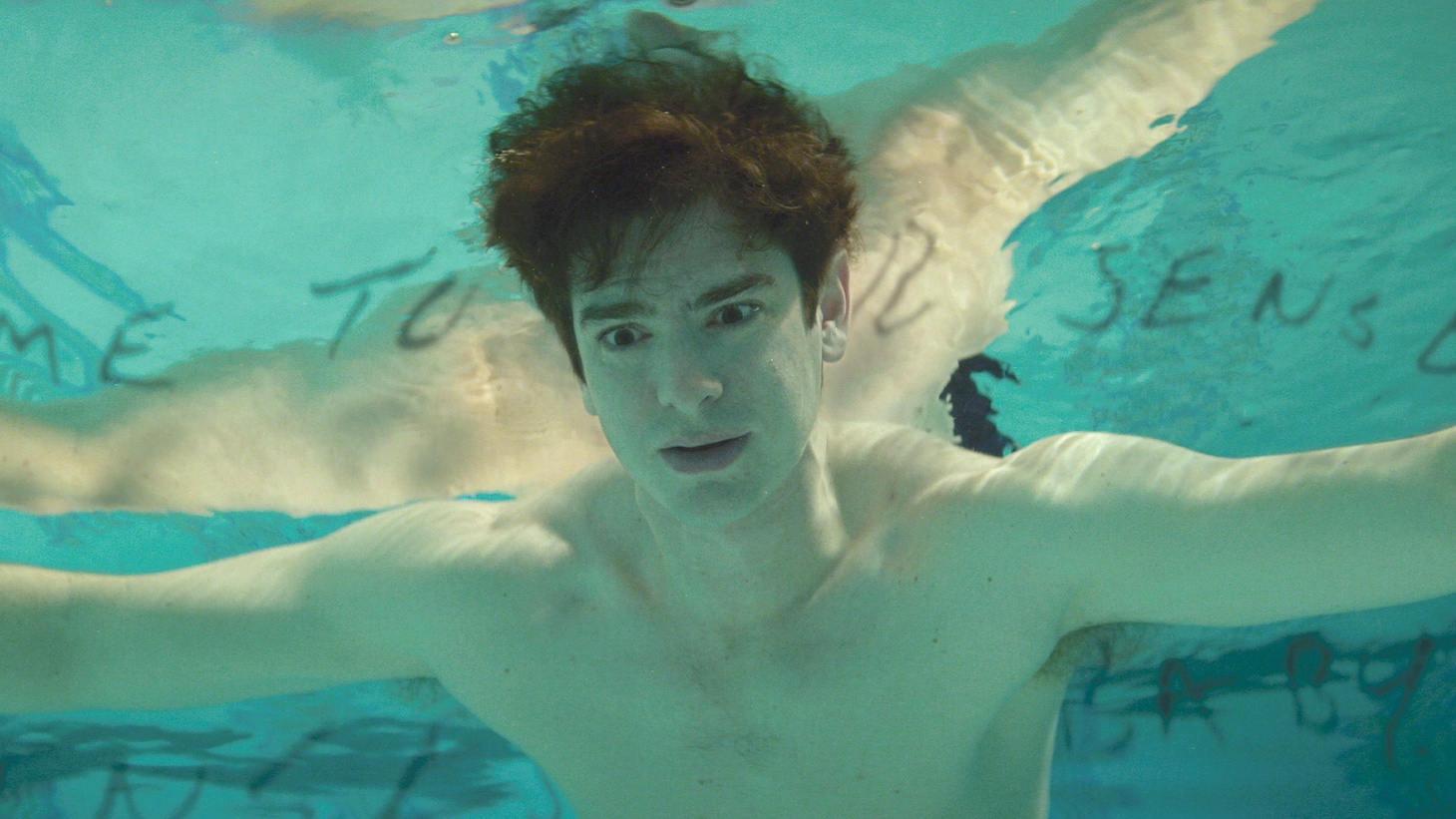 “I love this film. It's the story of failure. And we're actually witnessing what he [Jonathan Larson] believes to be his last attempt at making his dream a reality of being a musical theater maker and writer that can support himself and put a roof over his own head,” says actor Andrew Garfield about his new film “tick, tick…BOOM!” Photo courtesy of Netflix.

Oscar-nominated actor Andrew Garfield played Spider-Man in two films in 2012 and 2014, and last year returned to the iconic red and blue suit in “Spider-Man: No Way Home.” But Garfield is also a theater actor. He starred on Broadway in “Death of a Salesman” and “Angels in America,” for which he won a Tony Award for Best Leading Actor. In the new Netflix movie “tick, tick…BOOM!,” he portrays playwright Jonathan Larson, who created the seminal Broadway hit “Rent.” The role just won Garfield a Golden Globe for Best Actor.

The film follows Larson as he’s writing a one-man show that he hopes will redeem him for a past failed project — the one he thought would make him a star.

“I love this film. It's the story of failure. And we're actually witnessing what he believes to be his last attempt at making his dream a reality of being a musical theater maker and writer that can support himself and put a roof over his own head and food in his mouth just by doing that thing that he loves, that he knows his destiny and call to do,” Garfield tells KCRW.

Larson also wrote “tick, tick…BOOM!” during the AIDS epidemic, as he started to acknowledge that his friends were getting sick and sometimes dying from the virus.

“‘tick, tick…BOOM!’ [is] a reference to his own heartbeat, his own sense that his life may be shorter than everyone else's. He had this very mysterious, strange feeling that he was running out of time to do the things that he was meant to do while he was alive. And it was a very prescient concern because it turned out that he died at the age of 36.”

During filming, Garfield says he was about the same age as Larson at the time of his death, and he says the tragedy was difficult to ignore.

“It's hard to ignore because a big part of playing Jon for me was this unconscious, strange knowing — his friends around him might have seen it as indulgent — but actually, there was a line … which went something like, ‘Sometimes I feel like my heart is going to explode.’ And Jon died of an aortic aneurysm.”

“[Jonathan Larson] had this very mysterious, strange feeling that he was running out of time to do the things that he was meant to do while he was alive. And it was a very prescient concern because it turned out that he died at the age of 36,” Andrew Garfield says. Photo courtesy of Netflix.

The movie also tackles the idea of the revolutionary potential of art, when Larson is questioned about what he’s doing by a friend who pivoted from acting to advertising. Garfield says that although art and music might not be a physical remedy, it can be like medicine for the soul. He references how “tick, tick…BOOM!” was a source of refuge for him in the time since his mom died.

“In a world where the person that birthed us is no longer breathing, there's a surreal existential kind of disconnect there. And I feel like art is one of those places where we can feel a remembrance of our wholeness,” he explains. “None of it will ever be as meaningful as holding my mother's hand again, or watching her knit on the couch while we all watch a movie at Christmas. But in art and this piece of work, in particular, ‘tick, tick…BOOM!’, I will be able to watch [it] again and again, and say hello to my mother. She's in so many frames of this film.”

Returning to the Spiderverse as a new person

Garfield told GQ Magazine in November 2021 that his experience working on “Spider-Man” felt excessive. At the time, he was in his mid-20s and thrown into a world of celebrity, but all he wanted was privacy.

“I think I had a very healthy response for a person in their 20s to be like, ‘Wait a minute, like, I'm figuring myself out. My prefrontal cortex is still forming.’ … I knew instinctively that I needed privacy to do that, and to not be influenced and affected by a need for external validation or other people's opinions.”

But Garfield says today, he’s an entirely different person. “I have a much more firm sense of who I am as a person. I know my foibles. I know my flaws. I've come to accept them. So for me, stepping back into ‘Spider-Man’ felt like a very fun, easy thing. And I think it helped that the onus wasn't going to be on me and Tobey [MaGuire]. It was going to be on Tom [Holland]. It was less pressure for me and a bit more joyful and fun where we could just support a younger brother and have some fun together. So yeah, it felt perfect.”