The new Netflix series “Wild, Wild Country” follows Bhagwan Shree Rajneesh, a guru who had a following in the small Indian city of Puna. He wore long robes and talked about the power of meditation. But unlike traditional gurus, he loved money, sex and cars. In 1981 he and his followers migrated to a tiny town in Oregon, and started to build a new city called Rajneeshpuram. Residents of the neighboring town were not pleased. Panic spread about the so-called terrorist sex cult. The story got crazier from there, involving poison, voter fraud and sex parties. 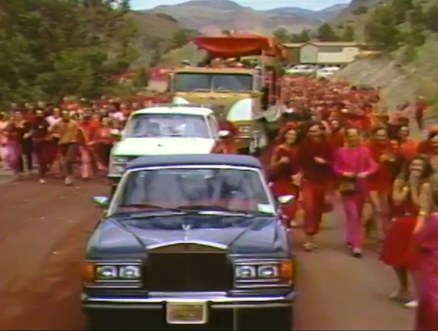 END_OF_DOCUMENT_TOKEN_TO_BE_REPLACED
KCRW's Good Old Fashioned Pledge Drive:  Pledging just got delicious. Give TODAY for 3x your chances of winning up to $1,000 in free food from Postmates!