'It’ll Get Done When It Gets Done' Christine on Pico Boulevard. She was homeless for seven years in and around Mid-City before receiving social services. Photo by Bill Aron for KCRW.

Christine Curtiss has a lot of friends. That’s one of the first things I learned about her after we met last year. To spend an afternoon beside Christine on a Mid-City bus bench was like sitting with a beloved neighborhood old-timer. All day, neighbors stopped by to chat and drop off food or supplies like blankets, flashlights, and batteries.

At the time, Christine was one of nearly 60,000 people experiencing homeless in LA County. For more than a year, I checked in with her and chronicled Christine’s journey through LA’s homeless services system. Today, KCRW launches the first episode of Samaritans, a four-part podcast series about homelessness in Los Angeles. 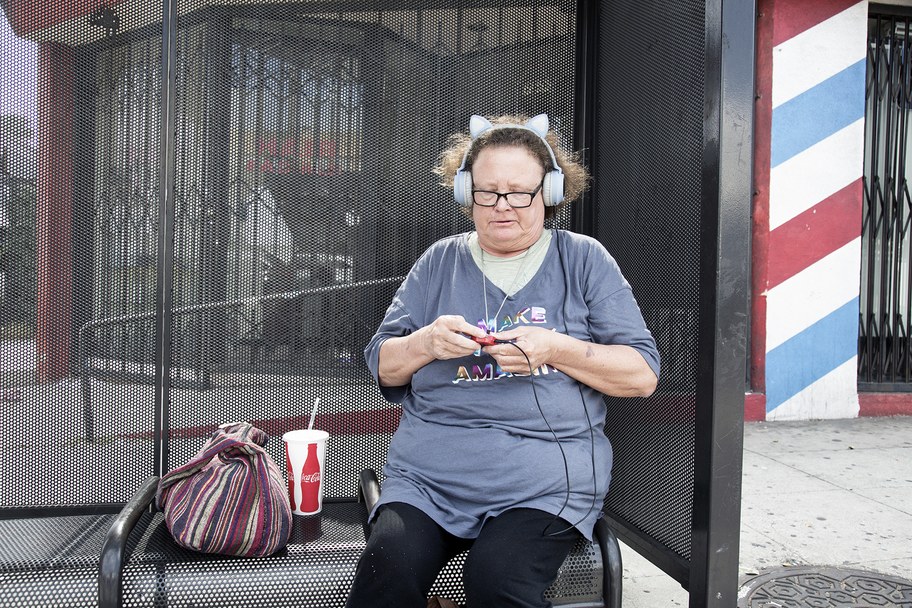 Christine at a bus stop on Sunset Boulevard earlier this year. Photo by Larry Hirshowitz for KCRW.

If you’re wondering: why would I want to listen to a depressing story about homelessness when I’m already dealing with a global pandemic, the protests and unrest over the death of George Floyd, and institutional racism?

Well, you should listen because Christine's story shows us the failings of a system, but some ways in which it works, and the power of empathy in an increasingly harsh world.

Before I met Christine, I saw her sitting on Pico Boulevard, usually with headphones on and a baseball cap over her short, blonde hair. I live in Mid-City too, just a mile east of the bus stop where she spent her days. My in-laws live here too, which is how Christine and I were first introduced.

My father-in-law, Bill, used to see Christine on walks to his pharmacy and they became friendly. Because I report on housing and homelessness for KCRW, Bill asked me if I knew of any way to get Christine formal help. It was the beginning of 2019 and I pointed him to a new website run by LA County and the Los Angeles Homeless Services Authority, a city-county agency. The site allows users to request social services for people experiencing homelessness. That was when I got the idea to go speak to Christine myself and document what happened when we tried to get her help. 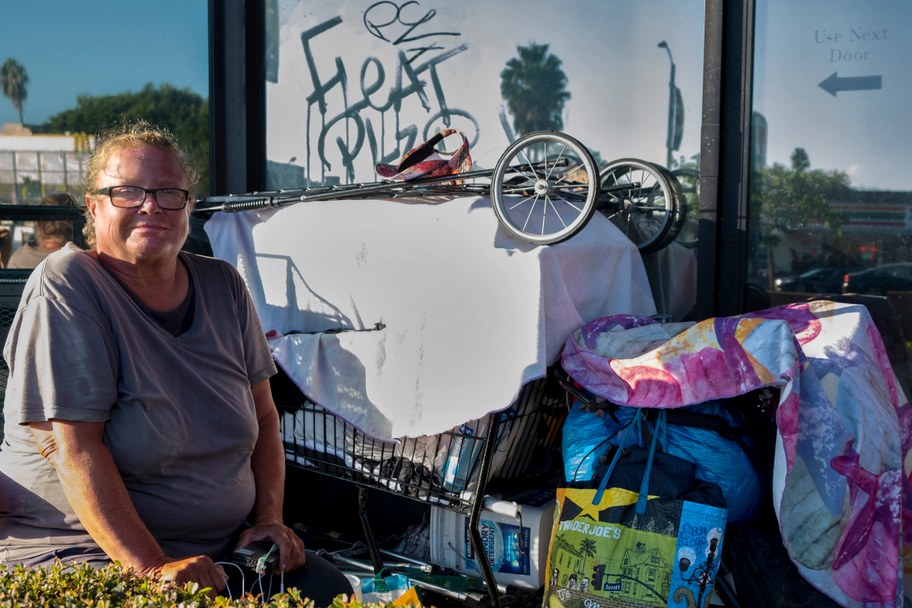 Christine on the street in Mid-City. Photo by Bill Aron for KCRW.

Following her experience in such an intimate way has been revelatory. It has uncovered answers to big, policy-oriented questions I had, like: How can it be that Los Angeles is spending hundreds of millions of dollars a year to combat homelessness, yet the problem is getting worse?

I mean, going into this, I already knew that the heart of it was LA’s severe lack of affordable housing. While reporting this series, I also saw firsthand the dysfunction in how LA deals with homelessness, and how a history of inaction by local government plays a role in the current crisis. But getting to know Christine and her world has been eye opening in another way too. It has attuned me to how deeply some people in Los Angeles want to help their unhoused neighbors, and the power of radical empathy.

The heart of Christine’s story is her friendship with a woman named Kym Moore. Kym is a retiree who got to know Christine a couple of years ago while walking her dog and became Christine’s most persistent advocate. It’s a story about what can happen when we look out for the vulnerable among us, when we embody the kindness of a Samaritan. And who couldn’t use a little kindness right now? I hope you’ll listen. 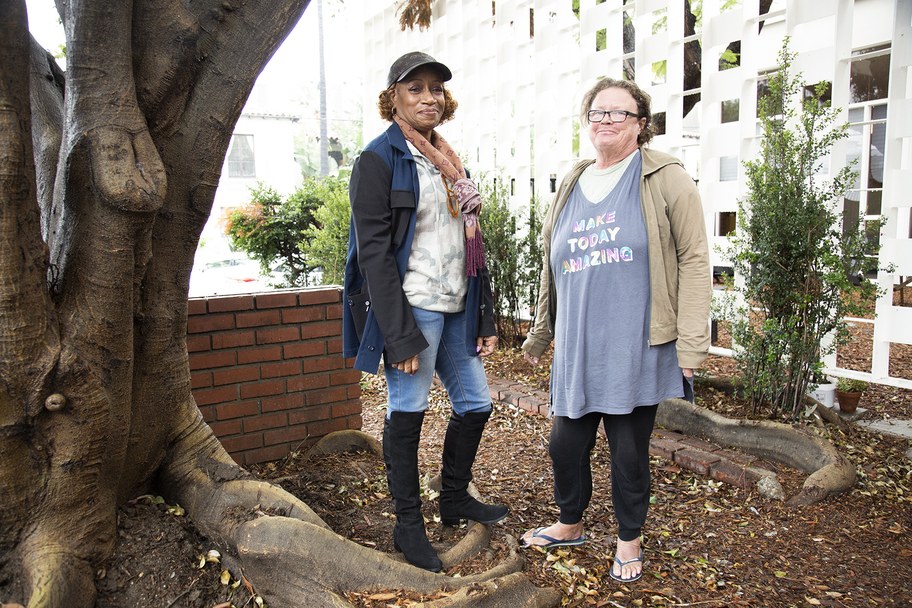 Kym Moore, left, became an advocate for Christine, and helped her along the way. Photo by Larry Hirshowitz for KCRW.

Listen to the rest of the series below:
Episode 2: 'That Is The System'
Episode 3: 'Back and Forth'
Episode 4: Homecoming

This episode was produced and written by Anna Scott.
Editing by Sonya Geis.
Mixing by Lyra Smith and Ray Guarna.
Music from FirstCom.
Special thanks to Madeleine Brand, Sarah Sweeney and Christian Bordal.