Christine at a “bridge housing” shelter for women in Hollywood. It’s one of several that LA Mayor Eric Garcetti has opened around the city. Photo by Larry Hirshowitz for KCRW.

As a journalist, with every story I tell, I’m painfully aware of the many others I didn’t. Case in point: my new, four-part podcast, Samaritans. It follows a woman named Christine Curtiss for more than a year as she goes from living on the streets of Los Angeles to receiving social services for the first time to finally moving indoors. Documenting Christine’s experience taught me a lot about how LA is combating its homelessness crisis, for better or worse. But of course, no single person’s story can encompass the entire experience of being homeless in LA, or every policy angle around the issue.

What I do hope the series accomplishes is putting listeners by Christine’s side. I hope it provides one small, intimate window into what it’s like at the ground level to live on LA’s streets and engage with its homeless services system.

Today, Christine is going to live in a new shelter for women in Hollywood. But it’s not a neat and tidy happy ending. The adjustment is hard, and her future remains uncertain. 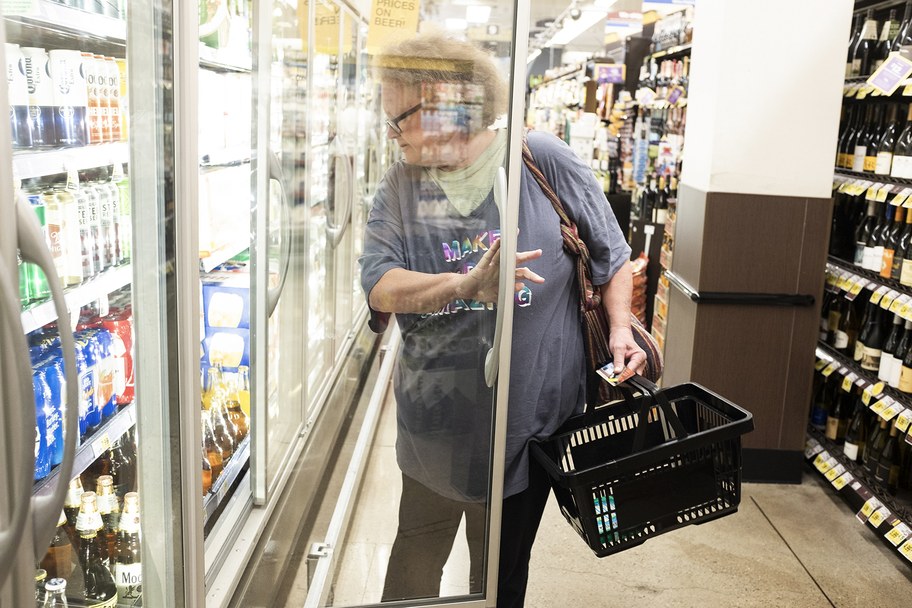 Christine shops at a Ralph’s supermarket in Hollywood earlier this year, near the shelter where she lived. Photo by Larry Hirshowitz for KCRW.

As a general rule, I include the voice of a person experiencing homelessness in every story I file on the subject. That’s a journalistic no-brainer. But it’s rare to have this much time to immerse listeners in one person’s daily life. I hope that getting to know Christine helps chip away at the desensitization that can creep in when a crisis reaches such overwhelming proportions.

It’s disturbingly easy to get used to the sight of tents and human beings lining LA’s sidewalks. One interview from this series that has stayed with me was with Sam Tsemberis. He’s a psychologist and president of Pathways Housing First, an organization that works around the country to house and treat the chronically homeless. He also developed the well-known “housing first” model for ending homelessness. Here’s how he described that numbing effect among undergraduate students he teaches:

“These kids have grown up with homelessness, and their first memories of encounters with homeless people is usually, they're walking with their parents, they see someone [and] it’s very distressing for them. And the parents are saying, ‘don't look.’” 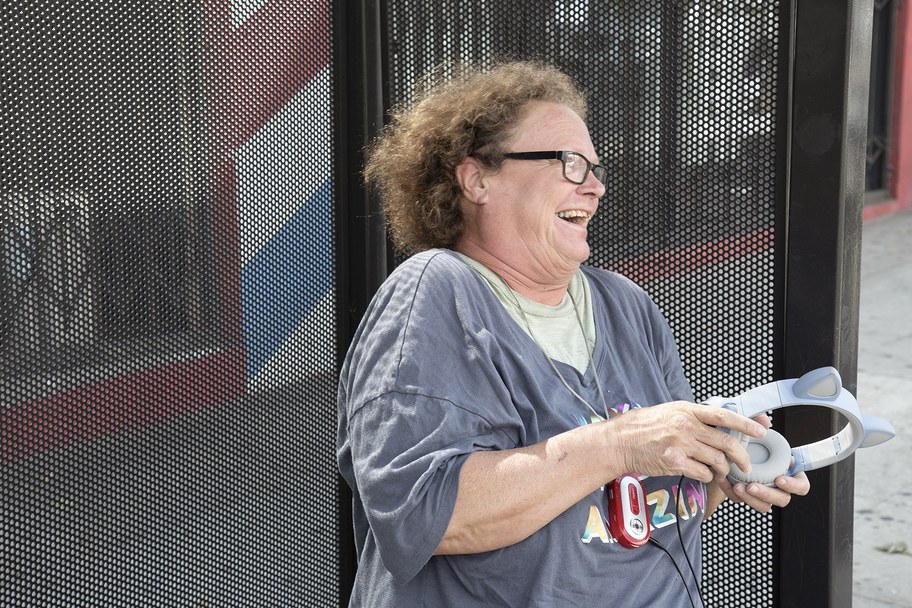 Christine at a bus stop on Sunset Boulevard, where she spent most days after moving into a nearby shelter. Photo by Larry Hirshowitz for KCRW.

He continues: “We are learning, one generation now after the other, to cut off our spontaneous human reaction to seeing people suffering on the street and teaching our kids to walk past them. That's something awful that's happening to all of us.”

As a reporter I’m not here to write specific policy prescriptions for fixing LA’s homelessness crisis. But l do hope my work highlights homelessness as the life-or-death human tragedy and systemic failure that it is, and cracks the door to empathy just a little bit wider.

Listen to the rest of the series below:
Episode 1. 'It’ll Get Done When It Gets Done'
Episode 2: 'That Is The System'
Episode 3: 'Back and Forth'