Los Angeles County is spending hundreds of millions of dollars a year to combat homelessness. But why is the problem getting worse? 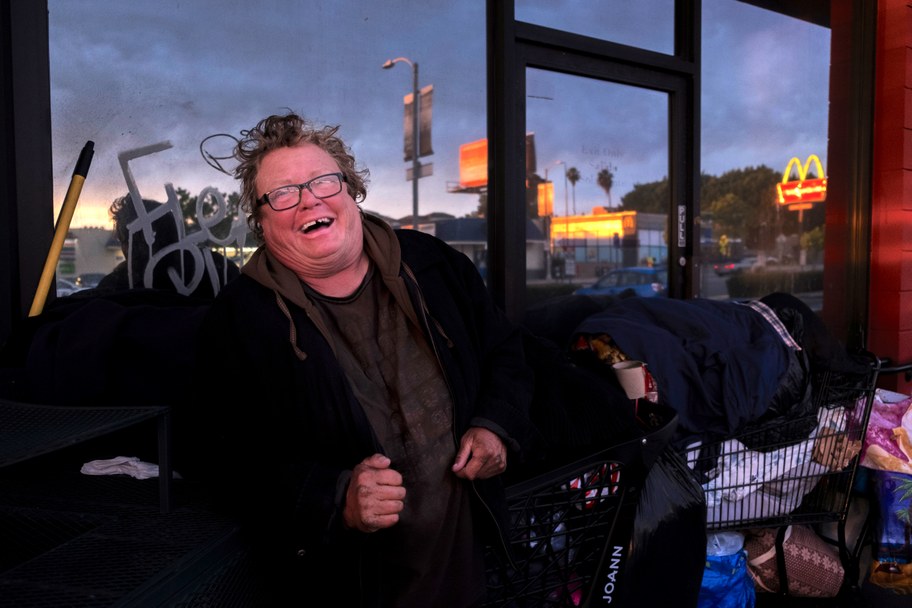 Christine on Pico Boulevard. She was homeless for seven years in and around Mid-City before receiving social services. Photo by Bill Aron for KCRW.

Episode 1: 'It’ll Get Done When It Gets Done'

In the first episode of Samaritans, we meet Christine Curtiss, and learn about her past and what her everyday life is like on the street. She has a community of friends in Mid-City, Los Angeles who look out for her. One of them enlists the local government in helping Christine. But getting help doesn’t necessarily mean getting housed. 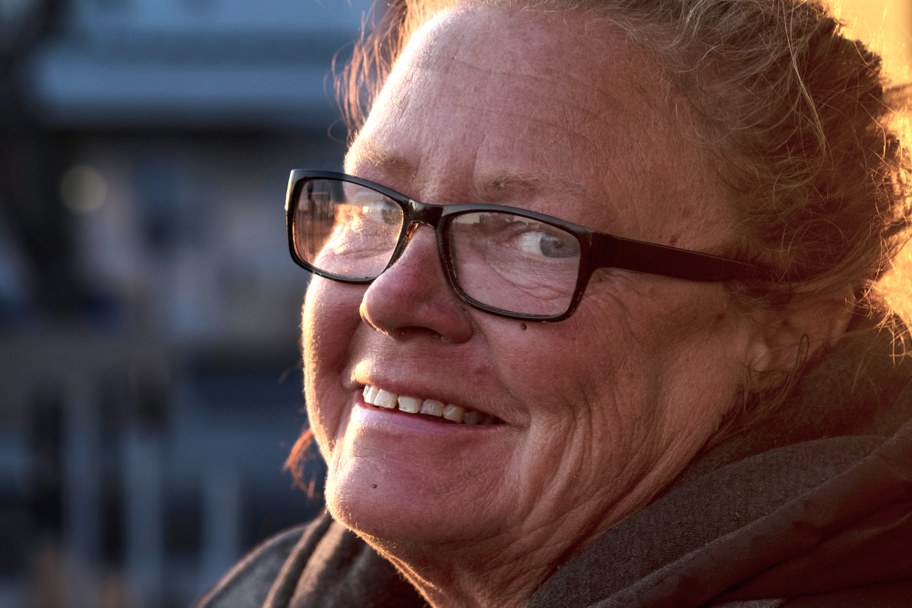 Christine not long after she became homeless in 2012. Photo by Bill Aron for KCRW.

Episode 2: 'That Is The System'

In the second episode of Samaritans, Christine comes face-to-face with the life or death consequences of living outdoors. 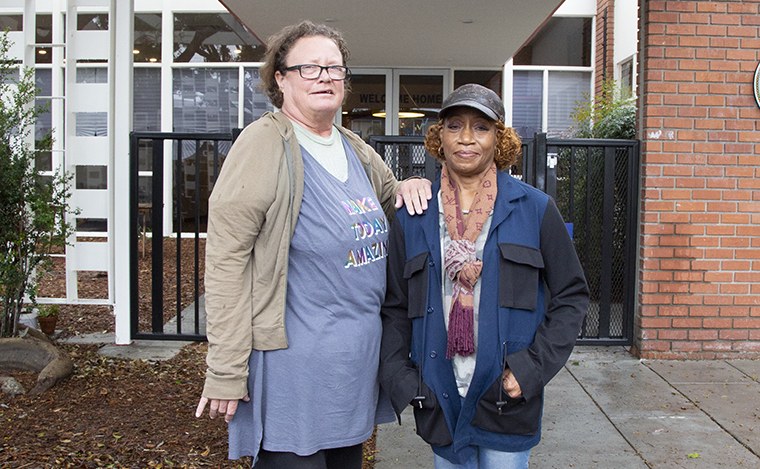 Christine Curtiss, left, in front of the Hollywood shelter she moved to last year, with her best friend and advocate Kym Moore. Photo by Larry Hirschowitz for KCRW.

Episode 3: 'Back and Forth'

In the third episode of Samaritans: For the first time in more than seven years, Christine sleeps indoors, in a bed with a roof over her head. But her new situation doesn’t last long. 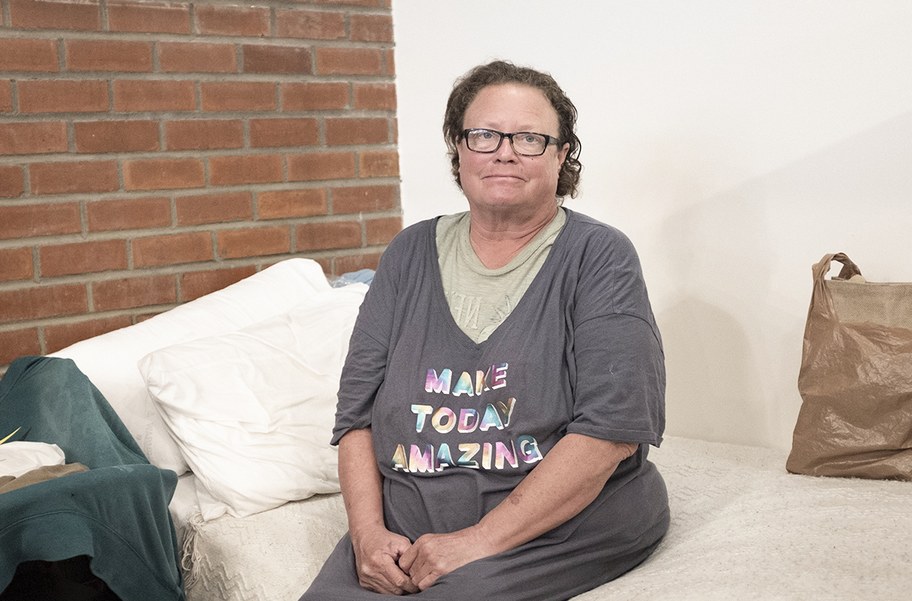 Christine at a “bridge housing” shelter for women in Hollywood. It’s one of several that LA Mayor Eric Garcetti has opened around the city. Photo by Larry Hirshowitz for KCRW.

In the final episode of Samaritans, Christine moves into a new women’s shelter. But her future is still uncertain.

This episode was produced and written by Anna Scott.
Editing by Sonya Geis.
Mixing by Lyra Smith and Ray Guarna.
Music from FirstCom.
Special thanks to Madeleine Brand, Sarah Sweeney and Christian Bordal.