The Real Life Spy Thriller behind a Putin Poisoning An exotic murder in London took years to solve, but the details are out, and we hear how radioactive poison killed one of Vladimir Putin's most outspoken critics. 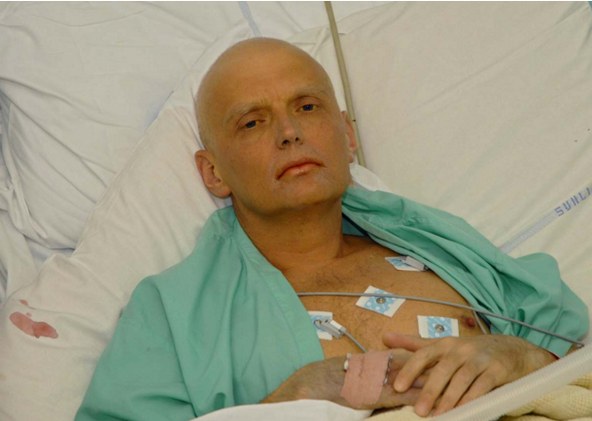 In November, 2006, a former Russian spy was murdered in London. Alexander Litvinenko had defected to the West, and continued public criticism of Vladimir Putin made him more than persona non grata in Moscow. Such a killing was big news, but what stunned British law enforcement was the way it was done. In the Pine Room in Mayfair, Litvinenko was given a dose of polonium – a rare, highly radioactive isotope in a cup of tea. Luke Harding is a foreign correspondent for the Guardian. His latest book reads like a spy thriller. It's A Very Expensive Poison: The Definitive Story of the Murder of Litvinenko and Russia's War with the West.

All Trump All the Time

ISIS "Second in Command" Killed by US Forces in Syria

US Special Forces believe they've killed a senior leader of the Islamic State of Syria and Iraq, said to be second in charge. Defense Secretary Ash Carter told a news...

All Trump All the Time

Broadcast and cable networks are breaking the rules for news coverage of a presidential campaign. No other candidate could just call on the phone and get on the air to hold...

The Real Life Spy Thriller behind a Putin Poisoning

An exotic murder in London took years to solve, but the details are out, and we hear how radioactive poison killed one of Vladimir Putin's most outspoken critics.