Candidates for the Democratic presidential nomination will be on stage in New Hampshire tomorrow night, just as a new dispute is breaking out in the party. 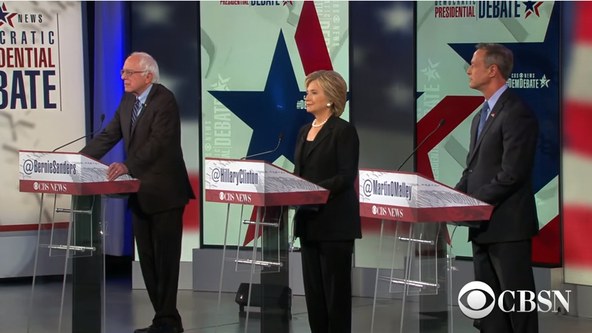 The angry crowd of nine Republican presidential candidates boosted CNN's prime-time ratings on Tuesday. Now — on a Saturday night, less than a week before Christmas — three Democrats will go at each other tomorrow on ABC. Joan Walsh is national affairs correspondent for The Nation magazine and political analyst for MSNBC.

America Succumbs to Fear and Anxiety over Terror

Refugee Crossing Approaches One Million for 2015

More than a million refugees will arrive in Europe this year. That's five times more than in 2014. It was predicted that winter weather might stem the flow, but that hasn't...

Terrorism and America's Culture of Fear

For weeks now, there's been saturation news coverage of violence in the US and around the world -- from Paris, to Colorado Springs to San Bernardino. The results include...

Candidates for the Democratic presidential nomination will be on stage in New Hampshire tomorrow night, just as a new dispute is breaking out in the party.