Did the US pay ransom to Iran for release of American prisoners? Ronald Reagan was embarrassed by a swap with Iran of arms for American hostages. Did the Obama Administration make a similar trade? 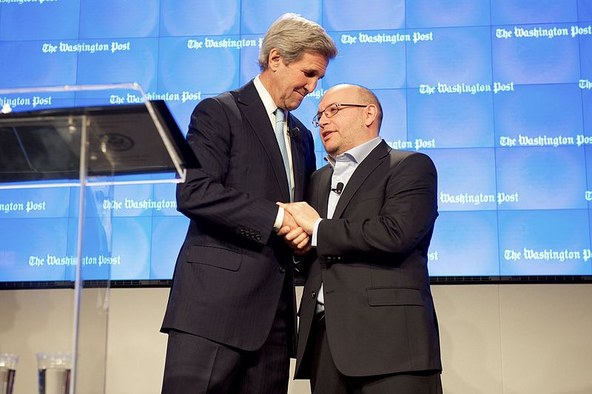 In January of this year, the US and Iran reached their nuclear deal and Iran had released four American prisoners. President Obama said it was time to resolve a dispute over an arms deal made before the Islamic revolution overthrew the Shah of Iran. It was worth $1.7 billion. What Obama did not say was that $400 million in cash had already been airlifted to Iran. Today, the White House says the timing was coincidental — denying that ransom was paid for the release of the prisoners. Jay Solomon is reporting the story for the Wall Street Journal.

Donald Trump continues to thumb his nose at the Republican Party. He's expressed no regrets about attacking a Gold Star Family, despite criticism from GOP leaders, including...

’Donald Trump is "politically incorrect" in many ways, from racist attacks on Mexicans and Muslims, to questioning NATO and praising Vladimir Putin. He's refused to endorse...

Did the US pay ransom to Iran for release of American prisoners?

Ronald Reagan was embarrassed by a swap with Iran of arms for American hostages. Did the Obama Administration make a similar trade?