A glimmer of hope for thousands of lives in Aleppo. 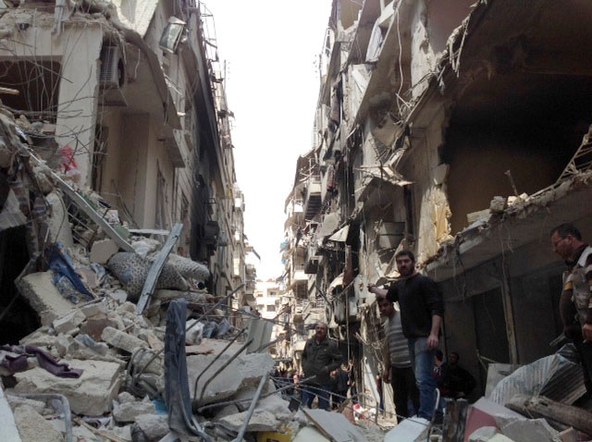 Damage in Christian quarter of Aelppo in Syria
Photo: © Aid to the Church in Need

Syrian forces were poised for a final sweep of eastern Aleppo, provoking urgent appeals from the UN, world leaders and aid agencies. Now Syrian rebels say an agreement's been reached with Russia for a ceasefire to allow evacuations. Liz Sly, Beirut Bureau Chief for the Washington Post, has more on the evacuation deal reached for last rebel zones in Syria’s ravaged Aleppo.

Rick Perry picked for secretary of department he wanted to abolish

As a Republican candidate for president, former Texas Governor Rick Perry once called Donald Trump a "cancer on conservatism." He also campaigned to abolish the Department...

Donald Trump's choice to be Secretary of State is Rex Tillerson , who's never had a job outside the oil giant ExxonMobil, where he's the long-time CEO. He and Vladimir...

A glimmer of hope for thousands of lives in Aleppo.