Will Governor Jerry Brown seize another opportunity to improve the lives of farmworkers? 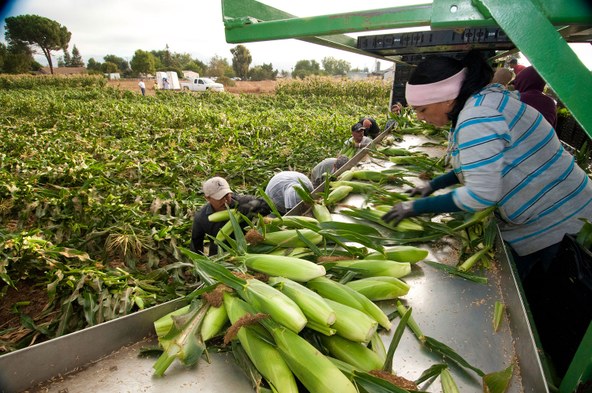 When he was first Governor of California back in 1975, Jerry Brown created the Agricultural Labor Relations Board. California became the only state to allow farmworkers to unionize and bargain for overtime. Now, in his fourth term, he's being asked to sign a measure that would pay overtime after a workweek of 40 hours instead of 60 hours. But recently, Brown vetoed a bill that have would make it easier for farmworkers to organize. Miriam Pawel is author of two books on the farmworkers: The Union of their Dreams and, most recently, The Crusades of Cesar Chavez: A Biography.

Democrats aim to retake the Senate

Donald Trump has mocked Mexico throughout his campaign, so today's "private" visit to the Presidential Palace came as a surprise. Trump may have little to lose but, for...

Female politicians and control of the US Senate

Democrats need to topple five Republicans to take over the Senate -- just four if they win the White House so their vice president can vote to break ties. Some of the most...

Will Governor Jerry Brown seize another opportunity to improve the lives of farmworkers?