Diplomacy in Jerusalem, death in Gaza Split screen TV coverage shocked the world: a diplomatic celebration simultaneous with a military massacre. As always, the context is much more complicated than the immediate facts on the ground. Is it all about short-term political gain at the expense of the “peace process?” Warren talks to an Israeli columnist, an American diplomat and a friend of the Palestinians. Will there be a political price to pay--especially if support for Israel becomes a partisan issue separating Democrats from Republicans in the United States?” 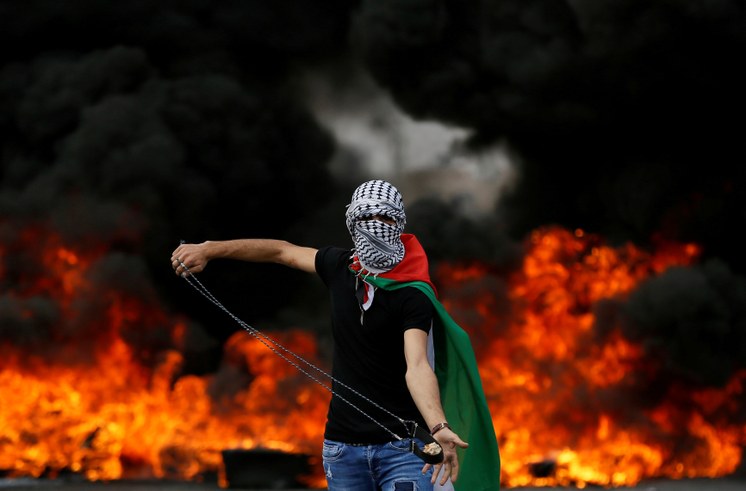 A Palestinian demonstrator holds a sling during a protest marking the 70th anniversary of Nakba, near the Jewish settlement of Beit El, near Ramallah, in the occupied West Bank May 15, 2018. Photo credit: Mohamad Torokman/Reuters.