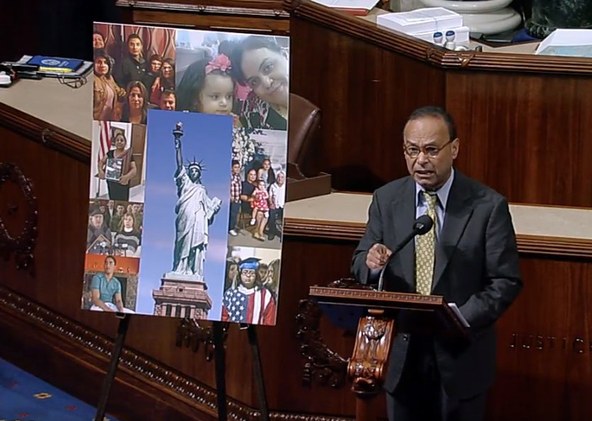 Late last month, Republican attorneys general from 10 different states issued an ultimatum to the Trump administration: either dismantle DACA - the Obama era program granting legal status to undocumented immigrants who came to the US as children - or they'll sue to take it apart themselves. Last week, Homeland Security Secretary John Kelly met with 20 members of the Congressional Hispanic Caucus to deliver some news: he and the Trump administration didn't believe that DACA would stand up in court. Democratic Representative Luis Gutiérrez of Illinois was in that meeting and he speaks with guest host León Krauze.

Do we need to be 'scared straight' on Climate Change?

White House press secretary Sean Spicer is out. He'd been keeping a low-level profile recently — with his deputy Sarah Huckabee Sanders handling many news briefings. But...

Do we need to be 'scared straight' on climate change?

It's been a month since President Trump said he'd withdraw America from the Paris climate accord. Now, a story in New York magazine has taken the debate about the dangers...