Atrocities in Paris have dominated the news since Friday. What about the suicide bombings in Beirut the day before? That double suicide bombing killed more than 40 innocent bystanders at a market in the Lebanese capital. By the next day, it was buried by the coordinated attacks in Paris that killed 129. 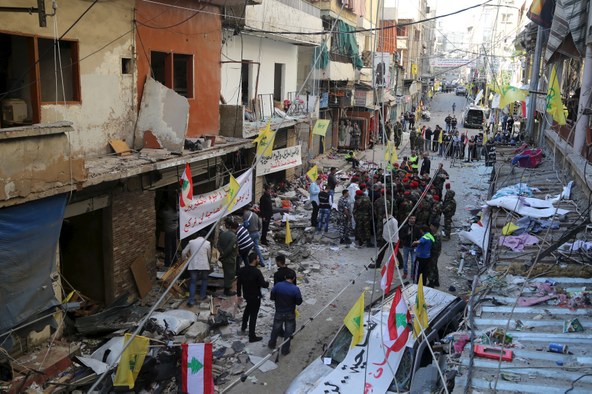 Lebanese army soldiers and security forces gather as Lebanese and Hezbollah flags are erectedat the site of the two explosions that occured on Thursday in the southern suburbs of the Lebanese capital Beirut, November 13, 2015
(Aziz Taher/Reuters)

House Speaker Paul Ryan has joined Republican governors around the country who are warning that Syrian refugees may pose a danger to the United States. Paul Singer is...

Does ISIS Want a War with the West?

Authorities now agree that Friday's assault on Paris was directed by ISIS in Syria, and it's widely expected that ISIS will strike again. It's not clear if a bold, new...

Atrocities in Paris have dominated the news since Friday. What about the suicide bombings in Beirut the day before? That double suicide bombing killed more than 40 innocent...