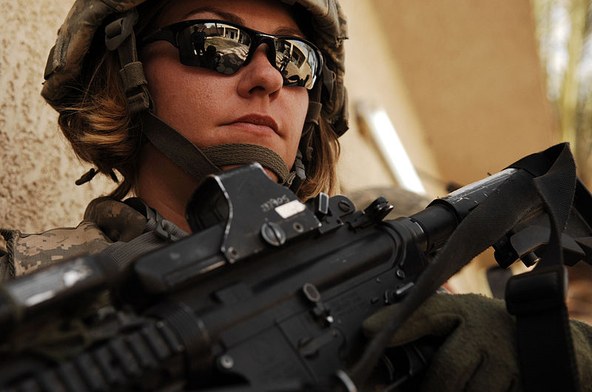 At the Pentagon yesterday, Defense Secretary Ash Carter told reporters that as long as they qualify and meet specific standards, women will be doing "everything else that was previously open only to men." Anne Coughlin is a professor at the University of Virginia Law School. Her research led to the filing of the first lawsuit that challenged the exclusion of women from ground combat.

Gun Control in the Wake of San Bernardino

On the day she and her husband killed 14 people and wounded 21 more, Tashfeen Malik went on Facebook to pledge allegiance to the leader of ISIS, Abu Bakr al-Baghdadi. That’s...

Is Gun Control an Answer to Homegrown Terror?

Investigators report that the female killer in San Bernardino pledged allegiance to ISIS on Facebook on the day the mass shooting occurred. It's not clear if the couple was...