When the Ottoman Empire collapsed after World War I, Turkey did not get all the land it thought it was entitled to. Now, the current President is demanding the right to intervene in Mosul, and possibly other places beyond Turkey's recognized borders. 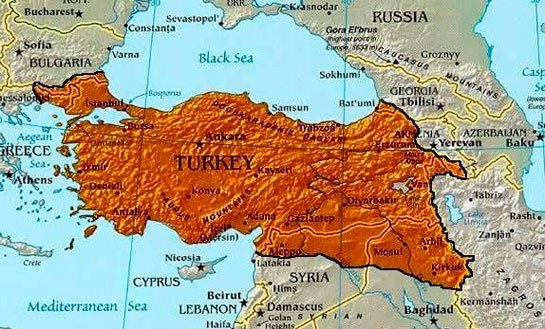 Turkish President Recep Tayyip Erdogan has complained recently that the Treaty of Lausanne, which created his country's borders, left it too small. That was in 1923. But maps have been circulating recently in Turkey, showing borders that include the city of Mosul, now in Iraq, and even the Syrian city of Aleppo. Nick Danforth, Senior Analyst at the Bipartisan Policy Center's National Security Program, considers whether nationalism will lead to intervention or attempted annexation.

How the 'Internet of Things' enables cyberattacks

Veterans of the California National Guard have been required to pay back enlistment bonuses and student loans given them 10 years ago during the wars in Afghanistan and...

Your web-connected baby cam could help shut down the Internet

Last week, much of the US were hit with a cyberattack, interrupting Twitter, PayPal, the New York Times and other services used by many millions of people. Welcome to the...

When the Ottoman Empire collapsed after World War I, Turkey did not get all the land it thought it was entitled to. Now, the current President is demanding the right to...