It's Super Tuesday tomorrow for the Democrats as well as the Republicans. What's at stake for Bernie Sanders after a crushing defeat this weekend in South Carolina? 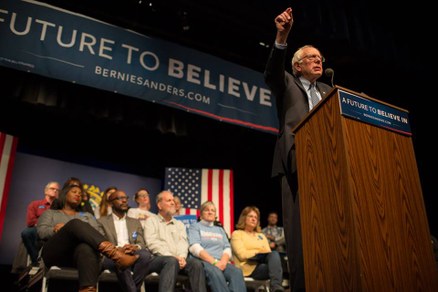 Saturday in South Carolina's Democratic primary, Hillary Rodham Clinton got three times more votes than Bernie Sanders. Among black voters, she out-polled him six to one. Tomorrow they'll be competing in 11 states — including Alabama, Arkansas, Georgia, Tennessee, Virginia and Texas with 865 convention delegates at stake.  Mark Barabak reports on politics for the Los Angeles Times.

How Trump Beat the GOP and the Media

Is Trump Winning the Nomination by Beating the System?

It's Super Tuesday tomorrow for the Democrats as well as the Republicans. What's at stake for Bernie Sanders after a crushing defeat this weekend in South Carolina?