After a wait of 16 years since winning the World Cup in women's soccer, the US finally did it again yesterday — with a vengeance. Telemundo's legendary broadcaster Andres Cantor said it best, working his lungs no less than three times in the first 16 minutes of yesterday's World Cup as Carli Lloyd and her US teammates made history, scoring more goals -- and scoring them sooner — than ever before in a World Cup final in either men's or women's soccer. And they got the biggest American audience in soccer history. We hear about records set on and off the field and the relationship between two American sports heroes from Juliet Macur, sports columnist for the New York Times. 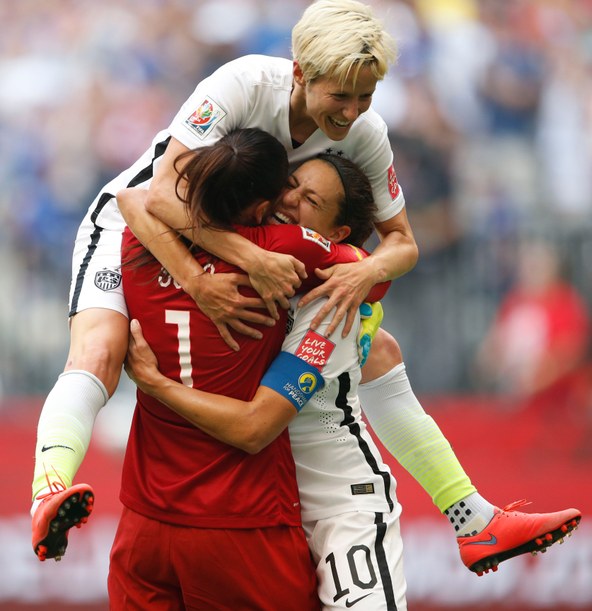 Photo: United States midfielder Carli Lloyd (10) celebrates with goalkeeper Hope Solo (1) and midfielder Megan Rapinoe (15) after scoring against Japan during the first half of the final of the FIFA 2015 Women's World Cup at BC Place Stadium. (Michael Chow-USA TODAY Sports)

Is a "Grexit" Inevitable?

The state legislature in Columbia, South Carolina is meeting today, and there are rallies outside the capitol building. On the agenda is Governor Nikki Haley’s proposed...

After five years of pension cuts and tax increases, the prospect of greater austerity in exchange for another bailout was defeated yesterday by a margin of 60 percent. The...

After a wait of 16 years since winning the World Cup in women's soccer, the US finally did it again yesterday — with a vengeance.