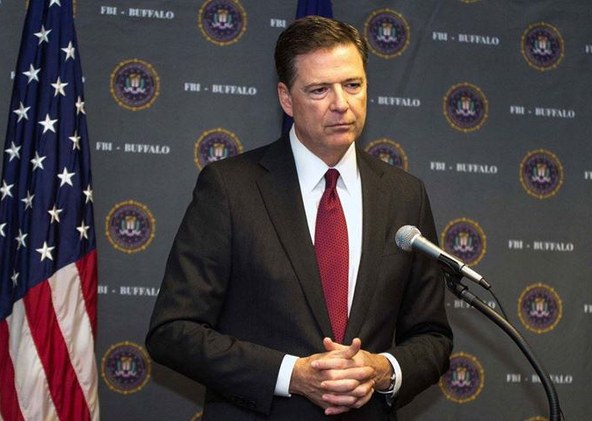 But yesterday, Comey himself became the target of another investigation — by the Inspector General of the Justice Department, Michael Horowitz. He said he's responding "to complaints from members of Congress and the public." Did Comey violate Justice Department rules and set a dangerous precedent by going public about Clinton's emails during the heat of last year's campaign? Matthew Miller, former chief spokesperson for the Department of Justice, says the Trump Administration may not pursue the investigation as rigorously..

At this week's Senate confirmation hearings , Donald Trump's choice for Secretary of State, Rex Tillerson, had harsh words for China's island-building in the South China...

Is Donald Trump thumbing his nose at the Founding Fathers?

The Constitution prohibits public officials — including the President — from financial conflicts of interest — domestic or foreign. Recent Chief Executives have sold off...

In October, just 10 days before the election, FBI Director, James Comey sent a letter to select Congressional leaders, announcing that the criminal investigation into...