Donald Trump has outraged members of his own party by saying that the race of federal judges could determine whether they're qualified to hear certain cases. But even John McCain has finally endorsed him, and there won't be a contest at this year's Republican convention. 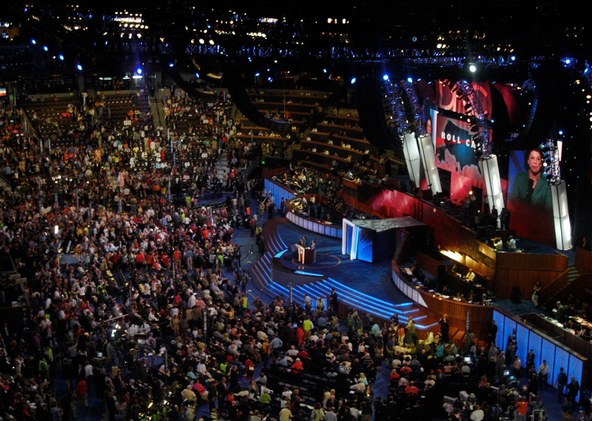 The Democrats may be in for something different, with Bernie Sanders promising that the convention will be "contested" — regardless of whether he wins or loses tomorrow in California. That raises the question of what that might look like. Ron Elving, senior editor and political correspondent at NPR's Washington Desk, revisits contested conventions in the past.

NAFTA and Trade through the Campaign Lens

As Hillary Clinton and Bernie Sanders are campaigning furiously today in California, it looks like the Democrats could be in for one of those this year. Sanders says he will...

NAFTA and the Road to the White House

The North American Free Trade Agreement is 22 years old — but Donald Trump and Bernie Sanders have put it back in the headlines. They attack it for putting Americans out of...

Donald Trump has outraged members of his own party by saying that the race of federal judges could determine whether they're qualified to hear certain cases. But even John...