This week, To the Point is focusing on "The Emotional States of America," including refusal to accept the conclusions of evidence-based science. Today, we reflect on the risks of climate change denial by the President and the head of the EPA. 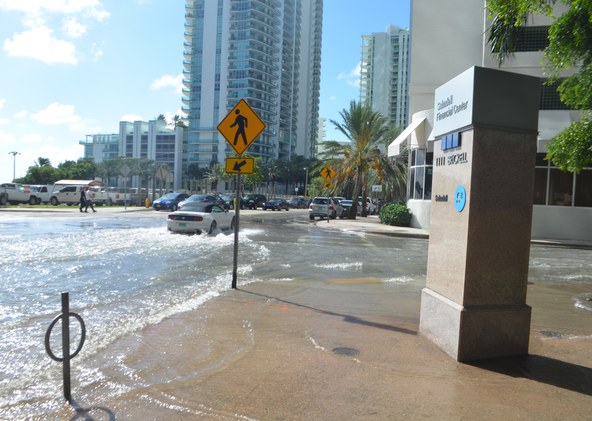 The rising level of the coastal inland waterway fronting the President's Mar-a-Lago is evidence of climate change. But Donald Trump — and Scott Pruitt, new head of the EPA — are still leading deniers that human activity causes global warming. John Englander is an oceanographer and author of High Tide on Main Street: Rising Sea Level and the Coming Coastal Crisis.

Nuclear crisis on the Korean Peninsula slowly coming to a head

President Recep Tayyip Erdoğan barely eked out a victory, but yesterday's election has given him vast new powers -- despite challenges from the opposition and international...

There were wins and losses this weekend for Kim Jong-un. The missiles displayed in a massive parade in Pyongyang were reportedly "jaw-dropping" -- if they were real, but the...

This week, To the Point is focusing on "The Emotional States of America," including refusal to accept the conclusions of evidence-based science. Today, we reflect on the...