After the Parkland shooting, Dicks Sporting Goods announced that it won’t sell assault-style rifles in its many stores. High profile companies are ending special deals for NRA members. Most important of all, the passion of young people has infused the demand for gun control. But, what is an assault-style rifle? How many are there already in the United States? What are the prospects for realistic gun safety legislation? 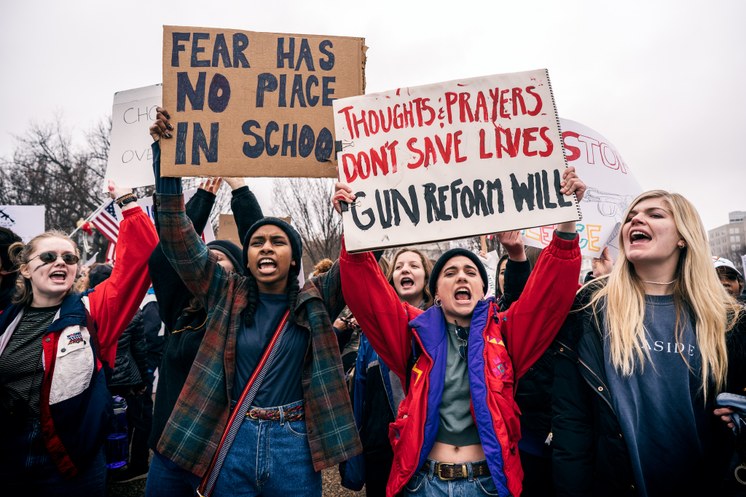 "Thoughts and Prayers Don't Save Lives," student lie-in at the White House to protest gun laws. The demonstration was organized by "Teens For Gun Reform," an organization created by students in the Washington DC area, in the wake of Wednesday’s shooting at Marjory Stoneman Douglas High School in Parkland, Florida. Photo credit: Lorie Shaull.