A tactic dating back to the earliest days of organized combat is now being used in 21st Century Syria. The UN says starvation has become a weapon of war. 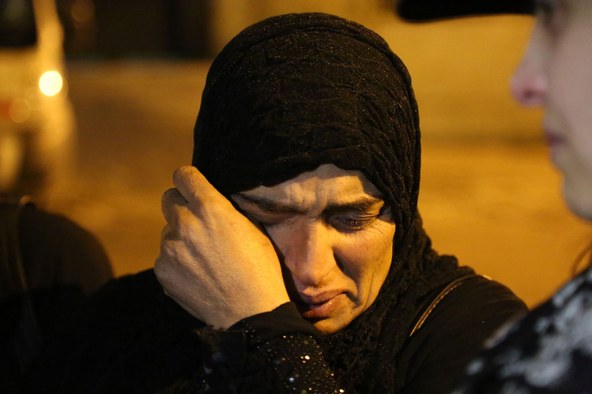 In Madaya, women and their families wait for permissions to leave the besieged town, January 11, 2016.
Photo: © Al Saleh, WFP/UNICEF

UN Secretary General Ban Ki-Moon said yesterday that the warring sides in Syria are committing what he called "atrocious acts" as weapons of war. Today, UNICEF, the UN's Children's Fund, confirmed severe malnutrition among children in the town of Madaya, where 32 people died of starvation last month. Dr. Peter Salama, UNICEF Regional Director for the Middle East and North Africa, joins us from Amman, Jordan.

Primaries: A Lesson in Democracy?

The Obama Administration today announced a halt to all new coal-mining leases on public lands as a step toward curbing climate change. It's something the President...

Presidential Primaries: Where Did They Come From?

In 17 days, the state-by-state slog to the presidential nomination will finally begin for both Democrats and Republicans. Since 1952, the winner has been decided before the...

A tactic dating back to the earliest days of organized combat is now being used in 21st Century Syria.